Can Blue Light Make You Sick?

By
Nathan Walz
,
at 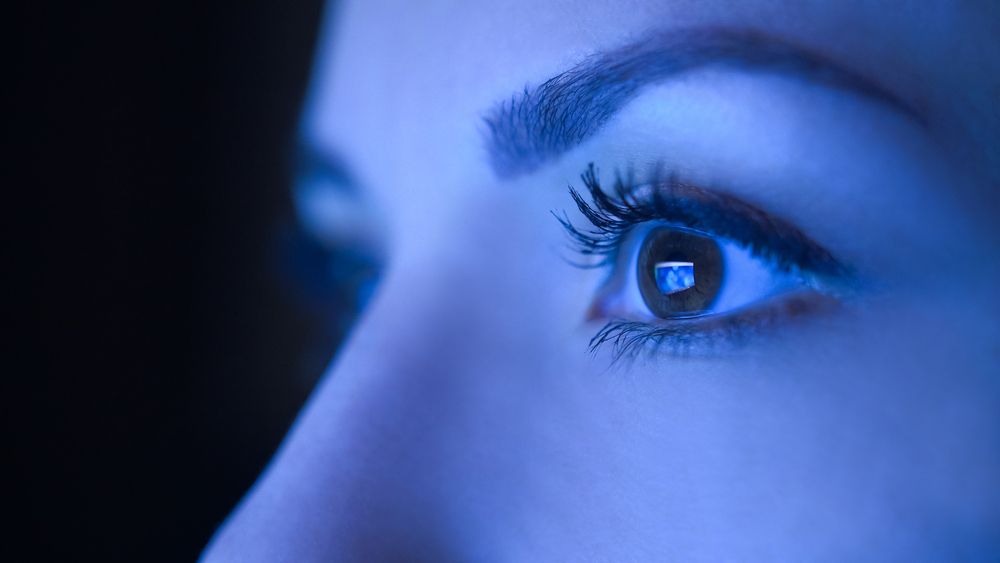 By
Nathan Walz
,
at

One of the most overlooked health risks in today's world is chronic exposure to blue light. This can lead to diabetes, obesity, depression and other modern day diseases. Blue light actually looks white to the naked eye. It is emitted from screens on smartphones, tablets, TVs, computer screens, eBook readers, and energy efficient fluorescent and LED lights.

So if you work indoors, you are chronically exposed to high levels of blue light. This issue is getting more attention. Last May, Apple released Night Shift with its new iOS 9.3 update in an effort to reduce the amount of blue light emitted from iPhones and iPads. And last June, the AMA adopted guidance for communities on selecting LED lighting options to minimize potential harmful human and environmental effects.
‍

This is an issue affecting everyone; 80 percent of the U.S. population has a smartphone and in recent years, there has been a huge shift from incandescent bulbs, to compact fluorescent bulbs, and now to LED bulbs. Almost all of us who work indoors in an office building, hospital, or store are under fluorescent tube lights.

Some buildings are shifting to LED lights in an effort to save more energy. For comparison, old fashioned, energy inefficient incandescent bulbs emit full spectrum light over a smooth curve. Fluorescent and LED bulbs have high spikes in the blue light range. Your eyes may not notice a difference but your circadian rhythm does.

So what's the big deal with blue light anyway?

Excess blue light creates Reactive Oxygen Species (ROS) and this creates inflammation, even during the day. It also diminishes the function of your mitochondria and then your body has less energy to do the things it needs to do. Exposure to blue light at night turns off your body's production of melatonin and this reduces the quality of sleep.

And melatonin does more than help you sleep. It's also an antioxidant that protects your brain and increases mitochondrial function. Lowered melatonin on a chronic basis leads to neurodegeneration and less energy output. This is why you can sleep for eight hours and wake up feeling tired and needing your Starbucks before you can really get going.

When you don't sleep well you don't perform well. According to Harvard Medical School, poor sleep is costing the U.S. workforce $63.2 billion a year. There's more to this story than poor sleep. I had a love affair with blue light for years until I came across the work of Dr. Jack Kruse. Dr. Kruse is a neurosurgeon and knows a thing or two about the human brain so let's look at a few of those details.

‍Every organ in your body has its own circadian clock and these are set by your master circadian clock, the suprachiasmatic nucleus (SCN) from the light signals that enter your eye. When you get the wrong signals in your eye, your circadian rhythm is disrupted and this has an impact on your health. In ruins your internal clock and this affects your cellular growth and metabolism and can lead to diabetes, obesity, depression, and other modern-day diseases.

That is why Alzheimer's disease is also called Type 3 Diabetes.Blue light causes Leptin resistance. Leptin is the master hormone that controls energy and fecundity. Most obese people are Leptin resistant and most have no idea that anytime they watch TV at night, or are on their computer, or smartphone, they are contributing to their obesity.
‍

Blue light activates the enzyme Monoamine oxidase B (MAO-B) which lowers dopamine. Low dopamine affects your thinking and causes lack of motivation, fatigue, forgetfulness, and insomnia. This is a major problem when you rely on your brain to be successful at your job.
‍

What can you do?

The key is to reconnect with nature as much as possible.All the information discussed above is well documented. It just hasn't found its way to clinical medicine. Saving energy is a good thing except for when it makes you sick and robs you and your employees of performance. Maybe it's time we rethink our choice of indoor light.
‍

Nathan Walz, founder of Journey to Optimal Health, provides Corporate Wellness expertise and teaches employees how to have more energy, less stress, better sleep, and improved mental performance. After a long battle with chronic Lyme disease, Waltz turned his health around and made it his personal mission to help others feel their best and reach their full potential.

Wearable Devices are Here to Stay

by
Heather Egan Sussman
at

What Happened to the Wellness Wearables Boom?