By
Rajeev Mudumba
,
at 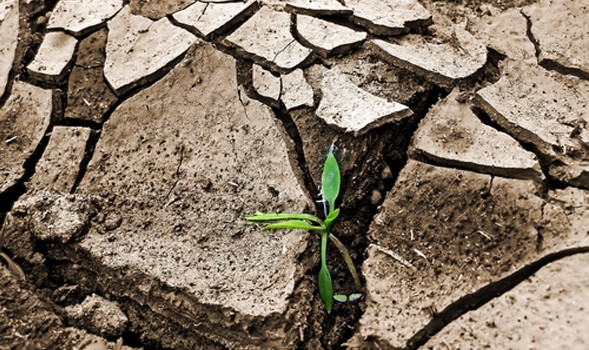 By
Rajeev Mudumba
,
at

Last week, I read a few articles that were lambasting last quarter's McKinsey Health care research study. The consulting firm, McKinsey & Company published a study in June 2011 stating that, once the health care reform law is fully implemented, huge number of employers will drop or restructure their companies' health care benefits.Sources, outside and within the firm have said that the survey was not conducted using McKinsey's standard methodology.

They stated that the study did not deliberate the matter with the same thoroughness as other studies did; particularly the Congressional Budget Office study, which came to the opposite conclusion. The Congressional Budget Office has estimated that only about 7 percent of employees currently covered by employer-sponsored insurance (ESI) will have to switch to subsidized exchange policies in 2014.

However, the McKinsey survey of more than 1,329 employers across industries, geographies, and employer sizes, as well as other proprietary research, found that reform will provoke a much greater response. The survey methodology (which is discussed separately from the article on the McKinsey website) clarifies that the February 2011 McKinsey commissioned survey of 1,329 U.S. private sector employers was an opinion survey and is not intended as a predictive economic analysis of the impact of the Affordable Care Act.

It further states that the survey results are not comparable to the healthcare research and analysis conducted by others such as the Congressional Budget Office, RAND and the Urban Institute since each of those studies employed economic modeling, not opinion surveys, and focused on the impact of healthcare reform on individuals, not employer attitudes.

You can read the study for yourself athttp://www.mckinseyquarterly.com/Health_Care/Strategy_Analysis/How_US_health_care_reform_will_affect_employee_benefits_2813In summary, the report indicates that more than 30% of businesses will drop health care plans by 2014 when insurance exchanges are due to be fully implemented under the 2010 Affordable Care Law.

The details in the report indicate that the changes may be beneficial for many employers and employees. About 50-60 percent of the highly informed employers will pursue alternatives to traditional ESI. About 30 percent of employers stand to gain economically by dropping coverages even if they compensate employees through higher salaries or other benefits.

It further states that more than 85 percent of employees would remain at their current jobs even if their employers dropped coverages although over 60 percent would expect increased compensation. 45 to 50 percent of employers will definitely or probably pursue alternatives to ESI in the years after 2014.

Given that this is an opinion poll with a relatively small pool of respondents, employers distancing themselves from ESI or thinking of dropping it seems to be in line with historical trends although there was a surge in employers offering health benefits between 2009 and 2010.

With other options becoming available in the changing healthcare landscape, it is possible that in the long term, more and more employers will disassociate themselves from ESI; after all there is much to gain in terms of not having to deal with an unpredictable thorn in the side. Let us take a look at employer-sponsored healthcare and how it has fared over time.

Costs for employer-paid health insurance are rising rapidly. According to a 2007 study by the Kaiser Family Foundation; since 2001, premiums for family coverage increased 78 percent, while wages had risen 19 percent and inflation, 17%[1]. The percentage of total compensation devoted to health benefits has been rising since the 1960s[2].

Employees on average were paying nearly $4,000 in 2010 toward the cost of family health coverage - an increase of 14 percent, or $482, above what they paid in 2009, according to the 2010 Employer Health Benefits Survey by the Kaiser Family Foundation and the Health Research & Educational Trust (HRET).

In contrast, the amount employers contribute for family coverage did not increase [3]. The spiraling health coverage costs are one reason why employers have been shifting the balance of these costs to the employees over the last decade. Employment; commonly viewed as the gateway to health insurance is no guarantee of coverage.

Between 1979 and 1998, the proportion of U.S. workers with insurance through their own employer dropped from two-thirds (66 percent) to just above half (54 percent). Between 1994 and 2000, the percentage of workers with health benefits through an employer held steady at between 73 percent and 75 percent.

The nation's current recession has also contributed to the shift in health coverage cost burden to employees. According to the 2010 Employer Health Benefits Survey by the Kaiser Family Foundation and the Health Research & Educational Trust (HRET), 30 percent of employers reported reducing the scope of health benefits or increased cost sharing and 23 percent reported increasing the amount employees pay for coverage in response to the economic downturn [6].

One point to take note of in the McKinsey study is that it states that shifting away from ESI will be economically rational not only for employers but also for the lower-income employees because they will be eligible for exchange subsidies. As for higher-income employees, they would have to pay the entire cost of individual coverage out of pocket.

These higher-income employees, however, are also more likely to be satisfied with partial compensation or with tax-advantaged forms of compensation, such as retirement benefits. Though firms that employ more than 50 employees would have to pay a penalty for failing to offer health benefits, the financial advantages of dropping coverage would more than offset that cost.

The exchange subsidies will somewhat alleviate concerns about employers dropping coverage due to the availability of a myriad choice of plans through the exchanges that the employees will have access to. The McKinsey study goes on to say that even for an employer that drops ESI for all or some employees, maintaining their health, productivity, and satisfaction will continue to be important.

Employers could not only expand or refine wellness programs to focus on elements that have a substantive, positive, and documentable impact on employee health and satisfaction but also provide the right incentives to encourage participation. This, I fail to understand. Health care costs have been a debatable item in every corporate budget.

Employer interest and investment in wellness was to contain these spiraling costs through employee health outcome intervention. With ESI out of the way, wouldn't employers have a lesser incentive to invest in the health of their employees? Employer-sponsored wellness programs would be good to have with the savings garnered by the employers when they do not support ESI.

Such programs will remain one of the best tools available to employers seeking ROI in terms of healthy and productive employees. In the absence of dealing with ESI, would employers take on such an investment where they are liable to comply with numerous laws? Having employers involved in providing health care benefits to their employees has shown its advantages over the years.

In particular, employers actually care about the health of their employees and about the cost of their healthcare. Consequently, employers have incentives to promote healthy habits and lifestyles, as these can both reduce healthcare costs and improve employee well-being and productivity.

Moving away from an employment-based health care system would reduce these positive incentives that employers have adopted to improve the health of their employees. Alternatives in terms of tax advantages and subsidies have to reviewed to ensure that employers can justify their wellness spend.
‍

Rajeev Mudumba works with a leading HRO/Healthcare organization. Rajeev has over 16 years of leadership experience in the HRO, Healthcare and Technology consulting industries. His distinguished record of accomplishment and innovation includes high level strategy and ideation, precise execution and enhanced focus on efficiencies through the use of technology in business across various verticals. He can be contacted at rajeevsagar@gmail.com. Follow Rajeev on Twitter @HifromRaj.

by
Archana Kansagra
at

Smart Prevention - Spend a Little, Save a Lot

by
Steve Mister
at

The Cost Control of Health Benefits: A Beginner's Guide to Analytics

by
Ginger Campbell
at