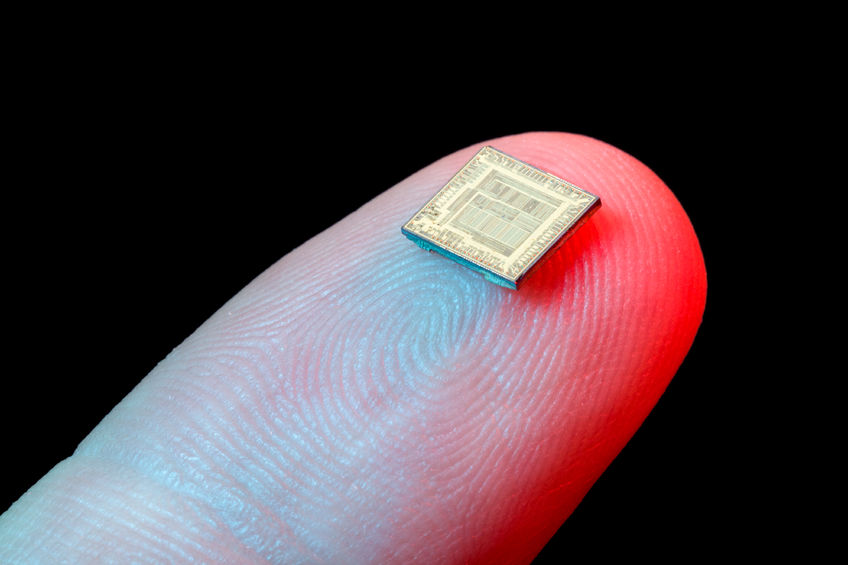 Over the past few years, wearables have been the latest product of technology, allowing consumers to track their exercise and eating habits. With companies like HealthyYOU Vending reporting an increased demand for healthy snacks in the workplace and the corresponding benefit to employee wellness, it's no surprise that employees want to be healthy and track their healthy habits in an easy and convenient way.

Several employers have taken the movement a step further by integrating wearable devices into employee wellness programs-a trend some analysts predict will lead to millions of employees being required to wear health and fitness tracking devices as a condition of employment by 2018.

According to a recent study, over 95 percent of wearable users log their fitness data and eating habits. However, further research suggests that this still relatively new technology could soon be a thing of the past. Some companies around the world are going one step further and offering their employees the chance to be microchipped.
‍

The Introduction of Microchips

Before dystopian visions start dancing in your head, it's important to note that these microchips currently don't have GPS tracking incorporated, so management is not monitoring employee workload or obtaining private information. Instead, the chip functions as an ID badge for operating certain machines, opening doors, getting snacks from vending machines, or anywhere an ID badge or card swipe would be required.

Swedish startup, Epicenter, was one of the first companies to offer all employees a microchip. Roughly the size of a grain of rice, the microchip was implanted under the skin between the thumb and forefinger and sent data to Epicenter management. This move quickly attracted attention from all over the world and, at the beginning of August 2017, 32M (Three Square Market) became the first US company to offer the same process to their employees.
‍

32M, based in Wisconsin, held a "chip party"' after 41 of their 85 employees accepted the offer to be microchipped. The chips, which cost around $300 each, were provided to employees at no cost, and will be used in place of an ID badge or card swipe. To those who work in the logistics or tech industries, this technology isn't anything new.

For many years, companies have been using the same chips in pet collars, package-tracking, and many other products/services. However, the idea of planting them in humans is very much a new idea and the 32M chip even allows employees to log in/out of computers.
‍

According to those who've had the chip installed, the slight discomfort is similar to having an injection or blood test. A small amount of anesthetic is used and over the first few days, swelling is likely but it soon disappears. With this in mind, it raises one main question: will microchipping employees become the new normal? Currently, at 32M, 44 employees rejected the chip (more than half), which, although only a small sample size, perhaps shows how it would be received on a wider scale.

For those 44 employees, it would seem they're satisfied with swiping a card to open a door every now and then. As the process spreads, we're likely to see a high percentage of people who are more than happy to open a door properly rather than have a chip placed into their hand. Let's not forget, although the devices cannot track employees, they can give information regarding how often doors are used and therefore where people are in the building at certain points in the day.

As more companies look toward microchipping employees, it raises questions of privacy. How long will it be before manufacturers add GPS features and employees accept it as "just another feature"? Suddenly, a faulty alarm can't be blamed for tardiness when employers can check a chip and see the employee was at a club until after 3 am. Although opening doors or logging in is a great feature for the chip, it would seem that a dangerous progression would be to implement GPS-tracking features.

Looking to the vehicle industry as a prime example, we can see the same progression occurring. Technology in vehicles can be incredibly helpful because it provides statistics on the health and status of the engine, electronic failure, and other details. However, is it right to allow employers to track similar data in their employees without invading their privacy? Even if the employer chips "magically" turn off when employees leave the building, how does this affect those who work on the road?
‍

With wearables, it's easy enough to remove a watch but removing a chip from inside our body is a little different. If employees reject chips as they become more common, will they miss out on digital experiences just as we saw when people started to reject smartphones back in the day? Will it ever become a requirement in a role? Will the question of willingness be introduced into job interviews?

There are many questions that need to be answered.With respect to security - cyber hacking is a major and ongoing problem - so how easy would it be to hack into employee microchips? Perhaps the biggest questions of all is this: do we really need to take this step at all?

Whats wrong with a simple chip on an ID badge hanging around our neck or even attached to our belts? Microchipping may or may not be seen as the new normal in ten years time but only time will tell. One thing is certain, it will be an interesting progression to view and witness over the next few years.

How Sustainable is Your Wellness Program? Why Not All Fitness Trackers are Created Equally

by
Andrew J. Rosenthal
at

The Proliferation of Artificial Intelligence and the Healthcare Revolution