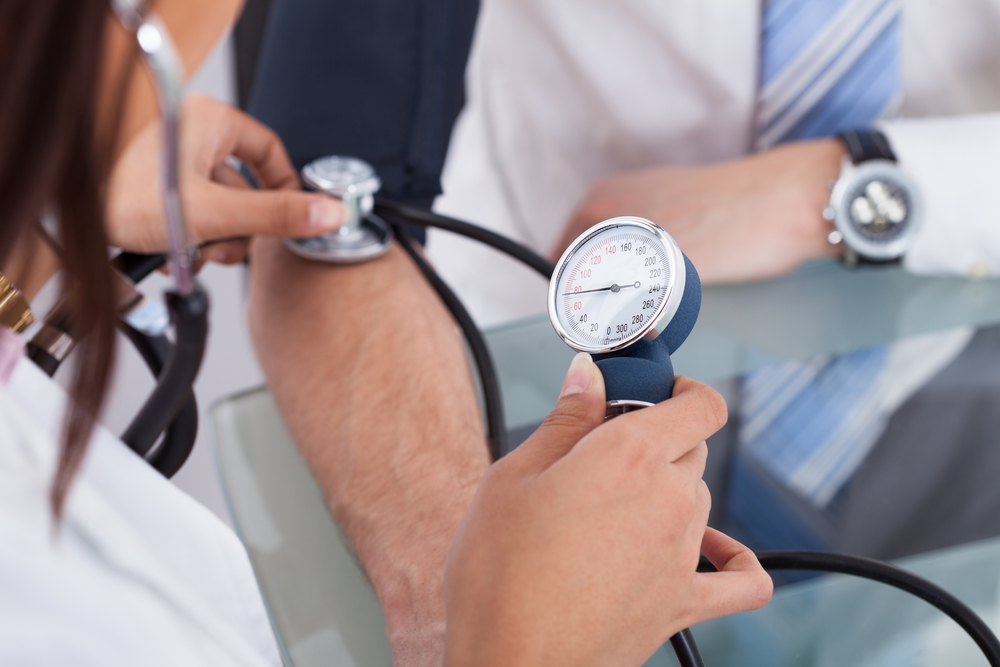 CVD (cardiovascular disease) is the leading cause of death in the United States[1]. In 2014, the deaths due to CVD per 100,000 population is 251.4[2] In addition, employees suffering from heart disease require additional days off and can be less productive in the workplace.

Given the loss CVD can cause, it is important to take preventative measures based on abnormalities and risks leading to CVD. Measures to be taken include switching to a healthy lifestyle and taking necessary medication. However, some well-known risk calculators might not provide accurate risk estimate.

A study conducted by HealthFair shows that the both risk calculators underestimate the 10 years risk of CVD for the "low risk" cohort and fail to identify clinical abnormalities including Carotid Artery Ultrasound; Ankle-Brachial Index, Arterial Stiffness Index, Echocardiogram, Electrocardiogram, and AAA Ultrasound in this cohort.

For the Framingham BMI risk score, the increases become 4.8%, 7.1%, 25.5% and 7.2% for abnormal Carotid, ABI, ASI and Echo results respectively. Given the fact that the study is for those whose risk score is below 10%, the increases are pretty significant. Moreover, more than 10% of these participants rated as low risk, according to the two risk calculators, have two or more abnormalities out of six clinical screenings.

Therefore, this proves that the result of risk calculators can be very misleading. People with two or more abnormalities should seek help from physicians, instead of being given the illusion that their chance of getting CVD is less than 10% in the coming 10 years. Risk is not disease. When you actually see a disease or an abnormality, it might be already too late. When people hear that their "10 years risk of CVD" is "low", people might not take it seriously.

After all, there are still ten years to wait. And why even bother to worry about "low risk"? However, according to the study conducted by HealthFair, plaques may already be piling up in their vessels. Plaques, especially carotid plaques, are related to CVD.

According to "Pathology of the Vulnerable Plaque", which was published in 2006 and written by Virmani R, Burke AP, Farb A and Kolodgie FD, symptomatic CVD events generally occur when atherosclerosis progresses to flow limiting disease that causes ischemia, or when a thrombus forms on an existing plaque as a result of rupture or erosion.

It would be a totally different story if people were told "you have plaques in your vessels". According to a study headed by researchers at Cedars-Sinai Heart Institute and Cedars-Sinai's S.Mark Taper Foundation Imaging Department, published in the April 12, 2011 issue of the journal of the American College of Cardiology, news like that tend to urge people to make health life style changes lowering their heart disease risk factors.

Also, Bovet P, Perret F, Cornuz J and Paccaud F conducted a study, showing that in a small (N=50) interventional study, physicians were more likely to prescribe aspirin and lipid-lowering therapy to patients who were found to have carotid plaques during an office screening examination.

Both the change in life style and being prescribed aspirin or lipid-lowering therapy can obviously reduce the risk of CVD. As an employer who really cares for your employee, it never hurts to encourage the employees to exercise more, eat more healthy food, and smoke less.

With the fact that CVD causes great loss of life and economic loss, it is very important to have a healthy lifestyle and medication or therapy when necessary. However, relying on the CVD risk calculators is not enough, not only because the risk calculators sometimes underestimate the risks for the low risk cohorts, but they also overestimate the risk of high risk cohorts. Nobody can afford to wait for ten years to see if their risk is really that low. No employer can afford that, either.
‍

Morgan C. Wang received his Ph.D. in 1991 from Iowa State University. He is the funding director of Data Mining Program and professor of Statistics at the University of Central Florida. He has published one book and over 80 articles on topics including big data analytics and health analytics

Culinary Genomics: Conversing with Your Genes

by
Roberta L. Kline and Joe R. Veltmann
at

Telemedicine: An Ally in the Fight to Get Your Life Back

by
Richard Kimball
at

by
Global Healthy Living Foundation
at