Giving Back Through Wellness 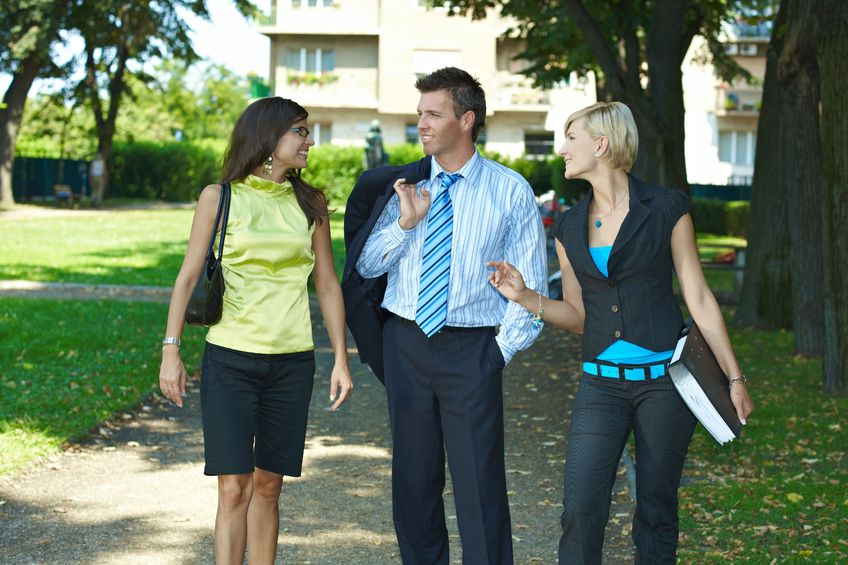 Traditional corporate wellness programs tend to have low impact, with reliance on non-interactive components such as health screenings and gym memberships. A more innovative and far-reaching approach uses wellness as a tool for collaboration, with teamwork centered around a common goal. During the month of September, Actualize Consulting-a financial consulting firm with offices in Northern Virginia and New York-completed a wellness program dedicated to bringing awareness to and fundraising for childhood cancer.

As a way to hold themselves accountable, Actualize connected with Alex's Million Mile challenge, an online collaborative venture for teams nationwide to collectively track one million miles and raise one million dollars to fund cancer research. Alex's Lemonade Stand Foundation for Childhood Cancer, which created the challenge, made it easy for participants to track any miles they cycled, ran, and walked during the month of September.

Actualize set a mileage goal of 2,990 and a fundraising goal of $2,000. The firm also contributed financially to the cause and encouraged team members to do the same, then opened the circle of participation even further by welcoming families and friends of employees to join the team. To encourage collaboration and help everyone stay on track to reach their personal goals, Actualize integrated weekly wellness themes for the team to discuss and share ideas.

The program's director, Kerry Alison Wekelo, led the first two weeks' topics, including an infographic that set the stage for each week's theme. For the last two weeks, other members of the firm took turns leading themes on a variety of health topics about which they were passionate.
‍

Week 1: Getting Started and Staying Motivated

In the first phase of the wellness program, team members were invited to share ideas for incorporating healthy choices into a busy schedule. The firm encouraged members to share even the simplest ideas, recognizing that major health changes are made not in the course of one day but rather through small, simple, gradual changes. This sharing of ideas inspired a greater sense of accountability and resulted in members leading by example.

It also served as a good icebreaker for the whole wellness program. Employees shared tips like taking the stairs instead of the elevator and committing to a set schedule (for example, working out on Mondays, Wednesdays, and Fridays). They also provided links to wellness-related articles they found interesting, including one on the new changes to nutritional labels. With a purpose of inspiring rather than forcing, the week helped set the tone for the rest of the month.
‍

The second installment of the challenge was about staying strong-in terms of both weight training and motivation. The challenge began with an infographic on the benefits of strength, then opened up for a discussion on the floor of why-aside from health-strength was important to each team member. One of the employees, recognizing that their kids were a big motivating force in their desire to stay strong and keep moving, reflected: "We provide an example of a healthy lifestyle balance for them that includes diet and exercise."

Another employee shared tips on changing up her treadmill workouts, which were repetitive and made her feel limited: "I switched up my cool-down by walking backward now!" she reported enthusiastically. "It's nice and still gives me a bit of a challenge without being so boring!"
‍

Week 3: The Importance of Hearing

The topic of hearing transitioned the team into more specific areas of health. Hearing health, though not usually thought of as an area of wellness, is actually very important to consider, especially for those who exercise while listening to music at high volume. The employee giving leadership to the week split the topic into segments for Monday, Wednesday, and Friday:
‍

(1) how vibration is perceived as sound in the ear;
‍

(2) what causes hearing loss; and
‍

Once again, employees were asked to share personal tips and experiences, and it turned out that many of them had personal connections to hearing loss. One employee spoke of his son who was born with hearing loss and was hard to understand until he was five.

Another mentioned having an eardrum burst while flying with an ear infection. At the end of the week, the employee who had led the discussions was moved by how popular the topic had been. "I really had no idea that this topic would generate so much interest from the team," he said. "I've learned a lot in addition to what I shared!"
‍

Week 4: The Benefits of Kombucha Tea

The final week of the program, run by another employee of the firm, brought attention to a healthier alternative to coffee or soda: Kombucha, a fermented drink that contains a high percentage of probiotics that aid digestive tract and immune system functions. The week was again split into three sections:
‍

(1) an overview of Kombucha,
‍

(2) its health benefits, and
‍

The employee who led the discussion also spoke of his personal experience with the beverage, which moved from viewing it as unappealing to giving it a try because of all the health benefits, and finally from drinking it occasionally to consuming it daily and brewing his own. At the end of the week, he even got other employees to give it a go!

The program was a clear success. Not only did the weekly wellness themes foster positive, interactive discussion but the team also met and surpassed their fundraising goal, ending with up a grand total of $2,100 dollars. Eight team members reached their personal mileage goals, with the highest number of miles tracked at 202, followed by 186 as a close second.

Together, the team tracked a total of 1,783 miles. In contrast to wellness programs that target only their own employees, Actualize's model suggests that linking wellness activities with a larger goal might actually be more effective. For example, if the wellness challenge had only consisted of tracking miles for a personal record, participation would likely have been low.

But doing it in conjunction with childhood cancer awareness gave participants a greater sense of purpose; not only were they tracking miles to help achieve their personal goals but their own miles were also contributing to the national goal of one million miles. Additionally, spreading the word about the challenge encouraged more people to participate and fundraise for a good cause, thereby increasing accountability.

Another notable aspect of this program was its interactive nature. Employees didn't stop at tracking miles and joining discussions; they also led the discussions, on topics of their choice. This diversified the program and allowed it to deviate from the norm, keeping things fresh and interesting. And because employees were passionate about the topics they had chosen, their enthusiasm translated into genuine encouragement.
‍

Madeline Yaskowski is a junior at Virginia Tech studying public relations and German with a minor in psychology. Madeline is working for the Director of Human Resources Kerry Alison Wekelo at Actualize Consulting this summer. Kerry can be reached at kelam@actualizeconsulting.com

by
Erica A. Rooney
at

by
Colleen Reilly
at