Employees who Smoke can Cost You: So How about Doing Something?

By
Kytle Frye
,
at 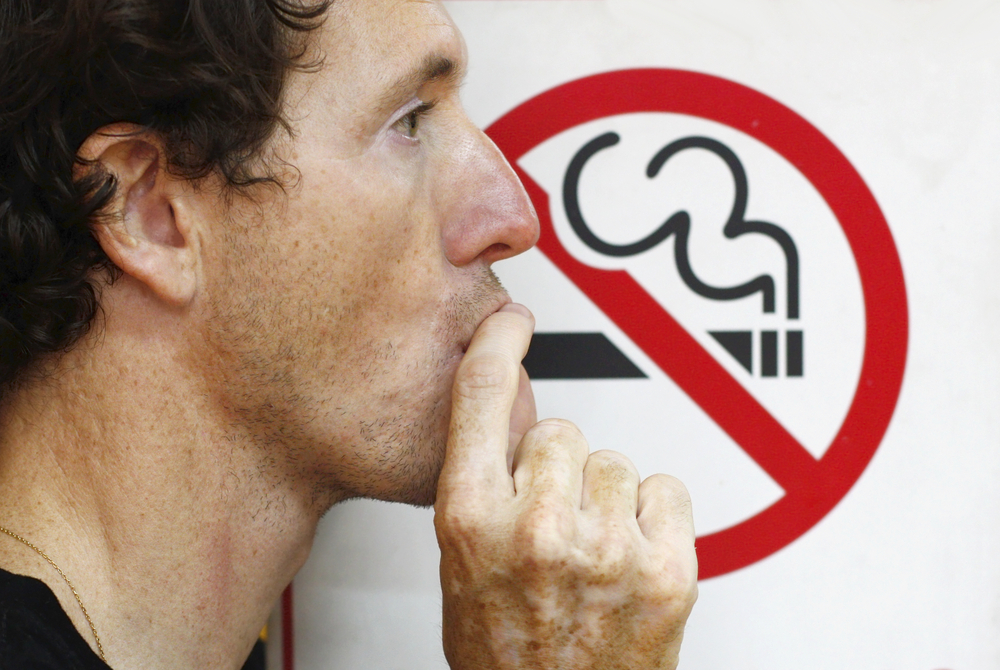 By
Kytle Frye
,
at

In today's business environment, with increasing government regulation and market uncertainty, wise employers want to do whatever they can to be in a position to manage their costs and to increase employee productivity. With the passage of the Affordable Care Act, most employers have had to deal with hefty increases in their health insurance premiums, and it seems unavoidable that this disturbing trend will continue, if not accelerate.

Faced with that dismal prospect, employers have begun to think about certain lifestyle choices of their employees such as obesity and heavy alcohol consumption and how those choices might actually have a direct impact on their business. One lifestyle choice with often-huge adverse effects, not just on the cost of health insurance but also on the business itself, is smoking and the use of other tobacco products.

When most people think about the impact of smoking, they tend to focus on a smoker's potential health issues. There have been numerous studies focused on smoking and its deleterious effects on the smoker's productivity as an employee, and the results are shocking.

A recent study involving 20,000 employees revealed that smokers had more hospital visits per 1,000 than non-smokers (124 vs. 76) had, had a longer average length of stay in the hospital as compared to non-smokers (6.5 vs. 5 days) and made six more visits to healthcare facilities per year than non-smokers.

Another study found that smokers missed an average of 6.16 days of work per year as opposed to the 3.86 days missed by non-smokers and that a smoker taking four 10-minute smoke breaks actually worked one month less over the course of a year than did a non-smoking employee. NBC News recently reported on a massive new study by two economists on the effects of smoking in the workplace.

They examined not just absenteeism and the impact of smoke breaks, but also the effect of smoking on an employee's productivity while actually at work. They concluded that, as nicotine is a powerfully addictive drug and withdrawal symptoms began to appear within 30 minutes after the last smoke, merely being a smoker adversely affected the employee's attention span, focus and even manual dexterity.

Estimates of the costs of a smoking employee are more than $5,000 more per year as compared to a non-smoking employee - $3077 in loss time and $2,055 in direct healthcare costs. So, smoking employees seem to be an excellent target to help an employer manage its costs, and not just the cost of providing healthcare.

The negative effects of smoking on a business have led probably the majority of employers to ban smoking in the workplace. Also, discouraging employees from smoking at all is a notion that has found increasing acceptance among both private and public employers. Now, numerous state governments and private companies charge higher insurance premiums to employees who smoke, and some companies even refuse to hire smokers.

In this same vein, the Affordable Care Act actually recognizes the increased healthcare costs associated with smoking employees by allowing insurers to raise smokers' premiums up to 50 percent over those paid by non-smokers. Smoking is clearly the kind of lifestyle choice that impacts healthcare costs and may legitimately affect premium rates, but are there pitfalls and dangers in imposing additional costs on smokers?

Not surprisingly, implementing increased premiums does involve some degree of added risk, and the decision to do so should involve due concern for those risks. For one, the federal Health Insurance Portability and Accountability Act (HIPAA) prevents employees in a group health insurance plan from being charged more for coverage because of a "health factor," a term which includes an employee's health status, medical condition and claims experience, among other things.

Although lifestyle choices such as smoking are not specifically named as a health factor, medical opinion certainly exists identifying nicotine addiction as a medical condition. So, when implementing any changes affecting smokers, it is only prudent to take HIPAA into account.

Fortunately, HIPAA does allow employers some leeway to maintain a premium differential as long as they establish a non-smoking program as part of a wellness program, and then provide a "reward" for participating in the program in the form of a reduced premium for not smoking. The wellness/non-smoking program must, however, satisfy the following four requirements:

Another potential legal problem arises from the Americans with Disabilities Act's (ADA) prohibition against discrimination in offering benefits with respect to qualified individuals with disabilities. Although the courts have yet to identify smoking itself as a disability, there is no denying that it often involves a host of attendant health issues that are disabilities.

Moreover, prohibited discrimination under the ADA covers not just an accepted disability but also makes it illegal to discriminate against employees who are "regarded as" being disabled, even if they are not actually disabled under the law. Given the breadth of its coverage, it is not a huge stretch to imagine a court allowing a lawsuit to proceed based on an argument that charging a higher premium to a smoker is sufficient grounds to state a "regarded as" claim.

Still, it is also likely that having an acceptable wellness program would provide some insulation from such outcomes. Proponents for smokers also have argued that nowadays it is less affluent, less educated employees who are much more likely to smoke and to fail to participate in wellness and smoke cessation programs.

Given that dynamic, to impose a higher premium cost for those choices has a disproportionate adverse impact on such people, which may amount to racial or national origin discrimination - the idea being that minorities and certain ethnicities are much more likely to be smokers. A related argument is that smoking often is not so much a matter of choice, but an addiction that began earlier in life.

While these kinds of arguments have yet to establish much legal traction, in the right context and upon appealing facts, they probably will continue to be advanced and possibly accepted by a court. Some potential state law concerns also could arise when an employer imposes a premium differential.

Namely, there are a few states that explicitly prohibit discrimination against smokers. The District of Columbia prohibits an employer from discriminating against a smoker in hiring, wages and benefits or the terms of employment. In addition, some states have laws protecting employees who engage in legal off-duty conduct such as smoking.

New York law evidences an interesting wrinkle - although it prohibits discrimination against a smoker with respect to, among other things, compensation and benefits, it goes on to provide that it is not discrimination to offer insurance with a different rate or coverage if based on cost to the employer. So, state and local law has to be reviewed carefully.

While there are legal concerns with doing so, there are compelling reasons, particularly in helping smokers to stop smoking, to implement a premium differential for smokers as opposed to non-smokers. But, what should an employer consider and do before putting such a program in place?

First, determine if the state in which the employer wishes to implement a differential has any law that would make it illegal to do so or that would limit exactly how such a plan may be put into place, such as New York's requirement that it be based on cost to the employer. Keep in mind, too, that even if such a law exists, not all may be lost as some state laws may be preempted by federal law.

Second, upper management must be fully advised of the potential pitfalls as well as the benefits of adopting tiered premiums. This would include the costs associated with a wellness program.

Third, if the employer has a union, a premium differential for smokers would probably be a mandatory subject of bargaining. In such case, employers with a union must then consider their bargaining obligations before implementation.

Fourth, establishing a compliant wellness program, with an attendant smoke cessation program as well as alternative mechanisms for some smokers, are key components of any decision to impose a premium differential. There are numerous providers for such programs, often insurers, and the advice of an attorney may be fruitful.

Fifth, once a program has been implemented, the employer should monitor the impact of the differential to determine if it results in a disparate impact on employees in protected groups such as minorities and specific ethnicities.

Sixth, due consideration should be given to an ongoing assessment of the impact of a premium differential on employee morale, productivity and the overall culture of the workplace. Even with the legal issues involved in charging smokers more for healthcare premiums, with effective wellness programs employers can and have been able to manage healthcare costs and even enhance employee productivity.

Smoking unquestionably has a deleterious effect not just on overall health, but also on employee productivity. But there are programs and mechanisms an employer can use to enhance both for its employers.
‍

Kytle Frye is a partner in the Atlanta office of Fisher & Phillips. He is experienced in all areas of the firm's labor and employment practice, with special emphasis on trial practice and work in affirmative action. Frye has extensive experience in litigation training for attorneys and has had more than 400 trials, including about 50 jury trials.

His trial work has involved virtually all areas of labor and employment practice, including employment discrimination, harassment, wage and hour, wrongful discharge, FMLA, public accommodation under the ADA and labor litigation.

Smart Prevention - Spend a Little, Save a Lot

by
Steve Mister
at

The Evolving Nature of Worksite Wellness: Contingent Incentives Move to the Leading Edge

by
William H. West
at

by
Andrew Brickman
at