How EAP Saved my Life, and How Others can be Helped

By
Michael Prager
,
at 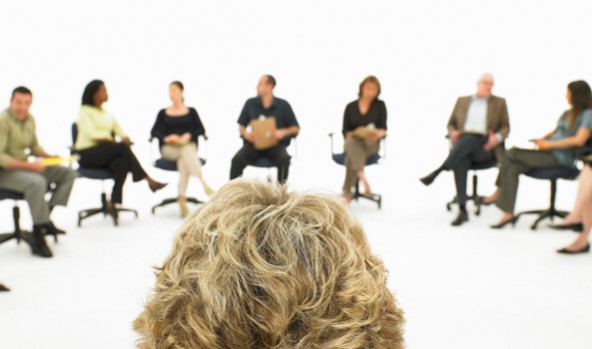 By
Michael Prager
,
at

When people ask me how I've kept 155 pounds off my body for 20 years and counting, I can tell the short version or the long version. But either way, I begin with EAP. I had been fat for all my life, except for the brief periods when I was in the throes of my latest diet, losing weight - sometimes in three-digit amounts - right up until I started gaining it back.

Having more than 300 pounds on my body in the mid-1980s allowed me to think that weight was my problem, when in fact it was only a symptom of something greater. But my deeper issues - or at least how they played out at work - were obvious enough to my coworkers on the news desk of the Hartford Courant newspaper that they brought them to my boss.

It was not easy being around me on a regular basis, but they didn't go and complain. "We don't think Mike is happy, but think if we say anything to him, it won't just do any good. It could make it worse."

So the boss called me into his office and suggested that I get some therapy. He didn't say it like a threat; he offered it as a solution. He said he had gotten help, and he thought that I might benefit as well. It wasn't the first time I'd heard the suggestion, and I'd even had some therapy as a child. Yet for a reason I don't know, I not only didn't reject his idea, I even asked him what my next step should be, and pointed me toward the employee assistance program.

After an intake the adviser suggested that I go away for food-focused rehab, which turned out to be a fabulous suggestion that led to one of the turning points of my life. Too bad I didn't take it for a couple more years. I was willing at first, until I inquired and found out that most treatment centers would employ the Twelve Step Program of Alcoholics Anonymous and insist that I acknowledge a Higher Power.

"I may need to make some changes," I sputtered, "but if I do that, well, I'd be changing everything!" That turned out to be true, but in the moment, I rejected the idea emphatically. Rather than take offense, the counselor simply shifted track and suggested I try working with a therapist. The first one didn't agree with me, so I quit.

EAP found me another one. That relationship lasted 9 months, but still failed, so I quit again. The third time, though, EAP hit it out of the park. Dr. Bob Deutsch of West Hartford, Conn., had a calm and non-confrontational manner that hid resilience and determination. As I blocked and scoffed at each suggestion he made, he'd just pull out another one.

By the time he suggested what that first EAP adviser had, that I try eating-disorder rehab, I simply said OK. This was in 1991, a vastly different era in healthcare and getting insurance support was possible, if slightly shady. I had a food and weight problem, but for the purpose of my entering a hospital, I was diagnosed with obsessive-compulsive disorder.

It's true that I was eating compulsively. But I was 33 years old in the run-up to my entry into South Oaks Hospital in Amityville, N.Y., and no doctor had ever said I had OCD or anything like it - until I needed a condition that would justify the expenditure of thousands of insurance dollars weekly.

And here's the kicker: They didn't put me in the OCD unit, if indeed South Oaks had such a thing. No, they put me in the eating disorders unit, even if they couldn't say I had an eating disorder, because the Diagnostic and Statistical Manual of the American Psychiatric Association sanctioned only anorexia and bulimia.

Incredibly, more than two decades later there still is no diagnosis for overeating in the DSM, though that's due to change next year. Because I was admitted through a loophole (before managed care closed it), I have spent those two decades in the flowering of possibility that I'd only pined for previously.

My creativity has blossomed, I have experienced unparalleled professional success (for me), and found broad and deep love with many people, but especially with my wife, and then with my young son. I'd been convinced those joys were not available to me and considering I didn't have my first girlfriend until I was 36, three years after rehab, I was probably correct.

I still need help, support, and guidance, and I continue to find it, if not in places like South Oaks, which no longer has an eating disorders unit. The website for my book, Fat Boy Thin Man, identifies a number of resources that offer help. I also have a growing library of video "un-dieting" tips, in which I rarely discuss what to eat.

Instead, I share ideas, practices, and attitudes that would help anyone regardless of which food plan they choose. For professionals motivated to help employees overcome the health issues and lost productivity that an unhealthy relationship with food is often linked to, I offer these suggestions. Some may be familiar, even if they haven't been offered in the context of food:

Michael Prager is an author, professional speaker, and journalist based in Arlington, Mass. His book, Fat Boy Thin Man, examines obesity from the perspective of a fat child whose obese adolescence lasted in his 30s, and whose recovery is now in its third decade.

“Corporate Wellness Should Not be a Fringe Benefit, But a Necessity in the Workplace” - Shawna Bowen, CCWS Graduate

Carpal Tunnel Syndrome In The Workplace

by
Dr. Alex Ritza
at

by
Georgette J Baeza
at

by
Joanne Frederick
at