The Increasing use of Complementary and Alternative Medicine for Health Reasons 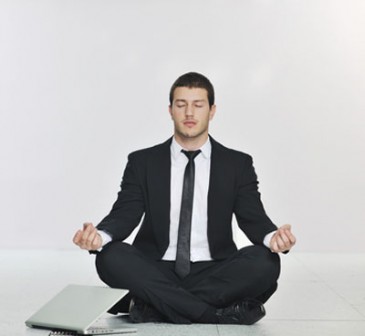 There has been a substantial increase in the use of Complementary and Alternative Medicine (CAM) use among American adults since 1990 (Tindle, Davis, Phillips, & Eisenberg, 2005). The National Center for Complementary and Alternative Medicine (NCCAM) defined CAM as "a group of diverse medical and health care systems, practices, and products that are not presently considered to be part of conventional medicine" (NCCAM, 2007). Complementary and alternative medicine differ based on whether they are used in conjunction with or in place of conventional medical treatment.

Complementary therapies are used as adjuvant to traditional medicine, and alternative therapies are substitutes for established methods. While the list of CAM therapies varies over time, there are five main categories or domains of CAM that have been agreed upon by NCCAM. These categories are designated as

Mind-body interventions use techniques to enhance the mind's ability to affect bodily function. Some examples of mind-body techniques are meditation, prayer, dance, music, art, and others that have already become mainstream such as support groups and cognitive behavioral therapy (NCCAM, 2007). Hatha Yoga, or the branch of yoga that focuses on physical postures and a way to integrate the mind and body, typically falls under the second category (Coker, 1999; Miller, Fletcher, & Kabat-Zinn, 1995; Astin, Shapiro, Eisenberg, & Forys; 2003).

A few large-scale studies have validated this trend which is of critical importance when attempting to understand yoga's concurrent growth, since yoga is viewed as a CAM therapy in both of these national surveys. Eisenberg, Kessler, Foster, Norlock, Calkins, and Delbanco (1993) performed the first nationally representative survey of CAM use in this country.

The study included 16 CAM therapies, yoga being one of them. This research found that 34 percent of adults had used at least one CAM therapy during the past year. When researchers conducted a follow-up survey, the 1997 results indicated that CAM use increased by 25 percent from the initial figures.

The most recent study by Tindle and colleagues (2005) used trend data from the 2002 National Health Interview Survey (NHIS) to examine changes in CAM therapy usage between 1997 and 2002 using comparable definitions of CAM to those in the Eisenberg study mentioned above.

While general CAM usage remained steady, there was an increase in yoga usage, from 3.7 percent in 1997 to 5.1 percent of adults in 2002. CAM acceptance and usage has risen among college-aged students as well, though the research on this population is in its infancy. Implications for Corporate Wellness:

*Note: for a full list of references, please email rachelpermuthlevine@yahoo.com

Rachel Permuth-Levine, PhD, MSPH, is a public health practitioner and an expert in worksite health promotion. As a health behavior theorist, she strives to use evidence-based programs that produce the best results for her employees. Rachel is also a yoga and fitness instructor. Rachel can be reached via email at rachelpermuthlevine@yahoo.com.

Stages of Change: A Key to Successful Wellness

by
Janice Stanger
at

by
Susan Blais
at

Pregnancy Matters: Whose Business Is It?

by
Lawrence Raymond
at