By
Tara Swart
,
at 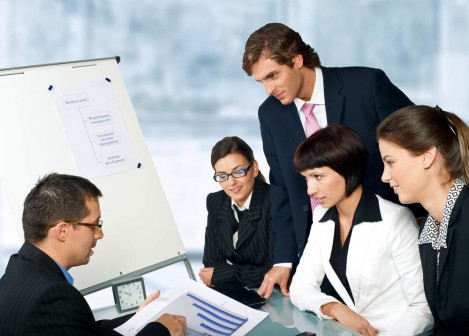 By
Tara Swart
,
at

In the current financial climate, it is more important than ever to concentrate on staff motivation and the role of interventions such as coaching. We are currently in an era that creates not only an increase in stress and its consequences, but also lack of productivity. Stress can affect people's thoughts (e.g. lack of concentration, reductions in self esteem) and emotions (e.g. anxiety, anger) and is sometimes accompanied by changes in behavior (e.g. sleep disturbance, irritability) and physical symptoms (e.g. upset stomach, tension headache, etc.) which can lead to absenteeism. Health and Safety Executive statistics show:

The rise of chronic diseases, obesity and stress in the western world are well known but there is also evidence of a rise in the incidence of more acute events such as heart attacks, due to stress. There is now clear knowledge that stress, even in the absence of chronic risk factors such as high blood pressure, cholesterol or smoking leads to more heart disease and strokes. This is because there are several mechanisms by which how you feel affects your health, namely your nervous system; adrenaline from your adrenal glands (sitting just above your kidneys); and cortisol from the hypothalamic-pituitary axis in the brain. The problem is that in humans, stress is usually psychological, i.e. perceptions such as loss of control, threats to self esteem and unpredictable events. Stress responses can occur when people feel that the pressures on them are more than they can cope with. Experience of stress, if sustained over long periods, can have a powerful and widespread negative impact on health and productivity. The resultant cost of the illnesses named above, let alone that of more minor ailments contributed to by stress such as colds, flu, indigestion or muscular and skeletal pain, is significant and needs to be taken seriously by businesses.

People from global corporations to the public sector are suffering from anxiety symptoms, panic attacks, insomnia, indigestion, acid reflux and even heart attacks and cancer. Some of these people are highly driven, motivated and committed individuals who take little or no time off work but it would not have been unreasonable for a doctor to have given absence notes to people with far less severe conditions than some of those listed above. This is an issue that involves not only coaches, Human Resource departments, Occupational Health departments and employees but is an increasingly huge time commitment for the employment lawyers that collaborate with the others.

Lack of productivity, however, costs businesses even more than absenteeism. Now that businesses are recognizing the link between personal wellbeing and business success, this should mean that despite a decrease in business confidence, and the need to curb costs, businesses should be investing more than ever in their people. Factors to keep an eye on are the mindset, behavior and performance of leaders and future leaders, and the cascade effect of role modelling motivational behavior during economic downturn. Now that there is evidence that cognitive behavioral stress management can reduce stress responses, (Hammerfald et al, 2006) it makes sense that a psychologically minded executive or performance coach is the most suitable thought partner, to see leaders and their organizations through tough times.

No doubt there will soon be enough anecdotal evidence to lead to a study that will show the significant impact that other, increasingly popular techniques such as cognitive analytical therapy and neuro-linguistic programming can have on stressed executives. With the wealth of psychological experience among the coaching profession, it must be obvious how much time and money could be saved by assisting those at risk of burnout, redundancy and stress related illness through the change curve (see attached diagram) - whatever the issue may be. In terms of transition in role or location, outplacement and organization change, "awareness is curative" (Timothy Gallwey - Inner Game of Tennis) so with the right sort of coaching, staff can progress to acceptance and responsibility rather than decline to burnout.

It is very important to have a clear definition of burnout. In the psychiatric profession, there is concern that burnout is one of those terms like "nervous breakdown" where people do not actually know exactly what it means, i.e. it means slightly different things to different people and this can be dangerous. It is important to see burnout as a process similar to that on a change curve that has different elements to it, some clearly negative and some, according to some schools of thought, that could be linked in a more positive way to personal identity, ultimate meaning and purpose.

As a coach, one needs to be adept at tuning into others' emotions and accessing their "self." That process may not be governed by reason or logic but by intuition and empathy. It does involve some reliance on "gut" instinct - literally what one feels in their gut, i.e. the butterflies in their stomach when a client says they have decided to leave the company as a result of coaching; palpitations; the feedback one gets from the client flushing or perspiring; the shared nervous laughter when discussing an awkward situation in the workplace, etc.

We were all cavemen once after all, and the fright, fight and flight impulses still serve a purpose. These physical sensations can all be used to enhance coaching. It is a "felt" process. The bottom line, however, is that we need to show evidence of the link between personal benefit and organizational benefit, even extrapolating to cost. One of the greatest challenges is also the way for the coaching profession (both internal and external) to demonstrate this, and that is to access the inner self of the alpha characters, those lonely leaders who could benefit most from self awareness and then role-model the enormous value of it.‍

This article has drawn from the fields of neuroscience, psychology, medicine and coaching to highlight some of the issues surrounding the workforce, and their dependents, in these challenging times. Another angle which could be very relevant here, and have potentially enormous positive impact is to take inspiration from the attitude of professional sportsmen and women who have a seemingly superhuman ability to overcome challenges, sometimes through focus and determination alone. To have an ultimately holistic approach to coaching, taking into account the importance of health, well-being and physicality as well as attitude, throughout adversity is going to be essential in 2009 and beyond.

Dr. Tara Swart is a qualified executive coach with a striking background. She is an Oxford University trained medical doctor who specialized in psychiatry for 7 years. She also holds a PhD in neuropharmacology and has 11 publications in journals of neuroscience and coaching. In 2007, with a desire to bring her 10 years of medical and scientific experience to improve performance at business corporations, Tara joined the Trium group, a San Francisco based leadership, culture and strategy consulting firm, for whom she helped set up the London office.

She now runs her own global coaching businesses, Optima Executive and Executive Coach for Change, and her experiences have given her a unique insight into the mindset and physiological patterns of human performance development that enable her to coach senior business executives to achieve their potential in a sustainable way that very few other coaches can. Clients include leaders and high potential talent at Vodafone, Sony, MetLife Investments, Booz Allen Hamilton and Fitness First.

Tara is a member of the NeuroLeadership Institute (US) and an expert in her field who has presented on the radio and at several master classes on stress, resilience, leadership and team coaching. She now focuses on innovative coaching for elite performance in the workplace, using the technology that underpins the success of a Formula 1 racing team and several soccer teams. Tara Swart, BSc, PhD, BM, BCh (Oxon)info@optimaexec.co.uk+447912 041 548www.optimaexec.co.ukwww.executivecoachforchange.com

by
Phyllis Ruez
at

Is There More Than One Way of Calculating Return on Investment for Corporate Wellness Programs?