By
Renée-Marie Stephano & Jonathan Edelheit
,
at 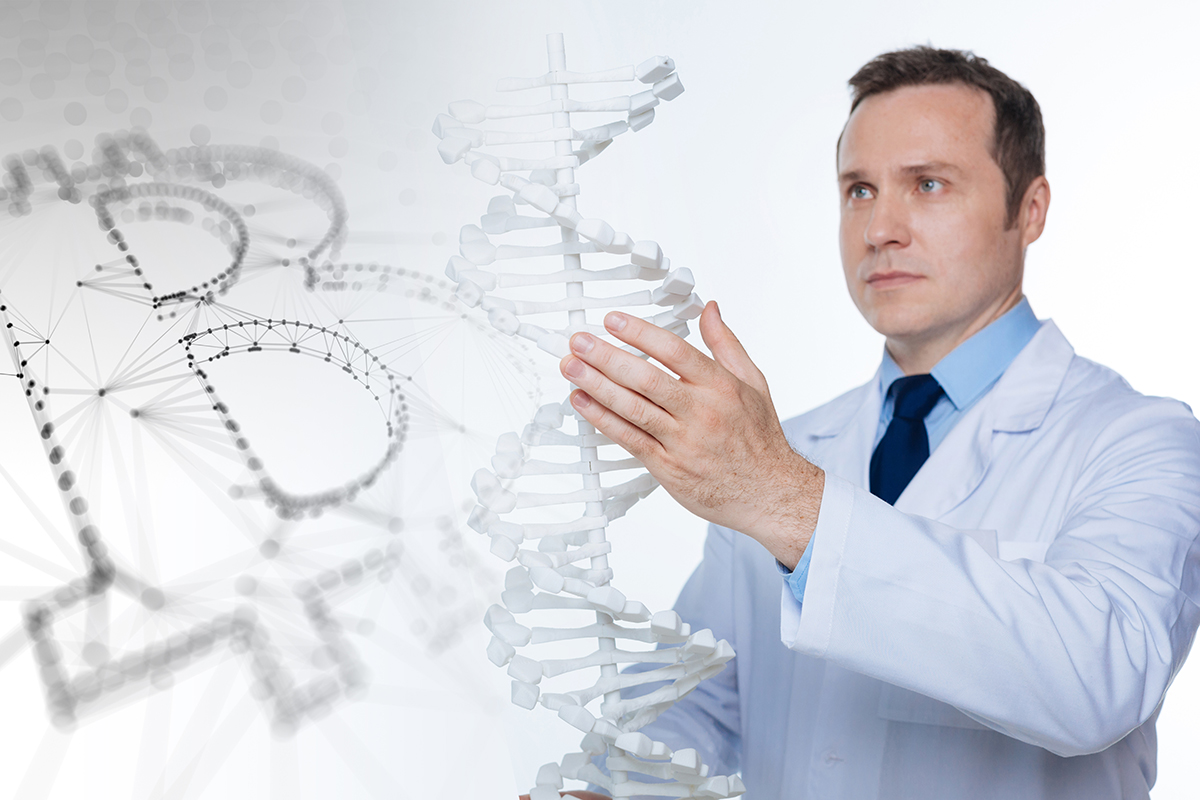 By
Renée-Marie Stephano & Jonathan Edelheit
,
at

However, the rise in genetic data also comes with a few problems, including data access, security, and privacy. This is where Blockchain comes in.
‍

The human genome is comprised of approximately 3 billion base pairs amounting to about 1.5 GB of data. Some genetic disorders are rare and even some common disorders such as hypertension, diabetes, and Alzheimer's disease have also been found to have a genetic susceptibility.

Using genomic mapping, scientists can gain a better understanding of the mechanisms involved in thousands of these rare diseases and common medical conditions.
‍

Based on the mapping results, appropriate solutions and interventions can then be developed. Scientists need to gather as much data as possible on disorders from those suffering from them. Poor access and the non-interoperability of such data has always been and continues to be, a problem in healthcare.
‍

More than a decade after the human genome project was completed, technological advances have made it much more affordable to have one's genome sequenced, and genetic information profiled.

A decade ago, genome sequencing would have cost an individual $10,000,000. Today, the cost has been greatly reduced to approximately $1,000. This implies that the volume of genetic data will keep rising as long as genome sequencing remains affordable.
‍

Oftentimes, genomic data does not have a clearly identified owner, rendering such information susceptible to indiscriminate sharing, creating privacy issues for the actual owner. This large volume of available genetic data, in the absence of strong systems for security and authentication, poses serious concerns which can be addressed by the novel blockchain technology.
‍

Blockchain is a digitalized public ledger of transactions and data stored as blocks. Blockchain provides a decentralized network of distributable data which can be shared between interconnected database systems.

Blockchain technology uses a timestamped immutable system of blocks containing data, making them accessible to anyone with a connected system, anywhere in the world, as long as they receive proper authorization.
‍

This technology gives users control over the distribution of their data, thereby protecting its privacy. Using asymmetric cryptography (Public Key Cryptography), users can encrypt their data for added security.

However, in the event of selling or donating data, the receiver is granted a private key to decrypt the information, ensuring that no non-permitted third-party has access.
‍

These buyers, in turn, can utilize the information sets to study genetic patterns in a given population, enabling the development of drugs and other therapies based on the genetic profiles analyzed.
‍

Using cryptographic blocks, blockchain reduces the risk of data modification and tampering, providing an authentic database for research purposes, and for the development of new diagnostics and treatment options for rare disorders.
‍

Once data on DNA sequencing is added to a blockchain database, it becomes a block marked with a timestamp. Each block is then cryptographically linked to other blocks in the chain to prevent data tampering. In addition, blockchain technology gives data owners control over what information to share and with whom it is shared in smart contracts.
‍

Israeli Biotech company, DNAtix is one such company using blockchain to enable data exchange and genomic sequencing. DNAtix built its own blockchain system to allow the anonymous transfer of DNA information.

In a public proof-of-concept in June of this year, DNAtix transferred the complete DNA sequence of the famous geneticist, Craig Venter, using Blockchain technology.
‍

Shivom, a genomics and precision medicine company, is also leading the way in the utilization of Blockchain technology in genomic medicine. The company developed a Unique Global Genome ID that links DNA data to the owner of the DNA sequence within the blockchain database system.

The ID helps maintain the accuracy and integrity of data, ensuring all data uploaded by a user is linked to that genome ID.
‍

Blockchain technology may be new, but it is already catalyzing a major revolution in healthcare, particularly in the field of genomic medicine. As the technology gains widespread use in genomics, more and more researchers will be able to gain a deeper understanding of disease mechanisms. This knowledge will facilitate the development of better therapies and interventions for a wide variety of diseases while maintaining data privacy and security.

Welcome to the World of Genomics

by
Thomas G. Bognanno
at