Are You Sitting Comfortably?

By
Josh Wildeman
,
at 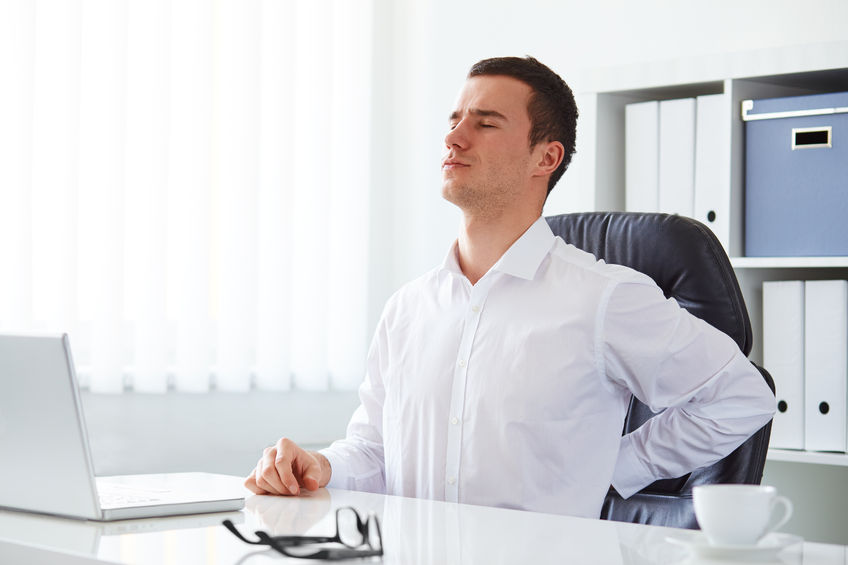 By
Josh Wildeman
,
at

The sedentary bug has been touted as 'the new smoking', but what exactly does that mean for HR and wellness executives in modern office-based businesses? The first thing to be clear on is that sedentary behavior (sitting) is not the same as being physically inactive.

The latest peer-reviewed data is frighteningly clear on this: sitting for extended periods is a risk in of itself. Put another way, you can be enormously active outside of working hours - running marathons even - but if you are also sitting for long stretches during the working day your health risk will be much the same as someone who no exercise at all.

The evidence base on this is both clear and stark. One systematic review found that those who sit for prolonged periods of time are more than twice as likely to develop type 2 diabetes and cardiovascular disease. Another high-quality study found that prolonged sitting is associated with a 13 percent increased risk of cancer and a 17 percent greater risk of all-cause mortality.

"Prolonged sedentary time was independently associated with deleterious health outcomes regardless of physical activity", concluded the study's authors, Biswas et al in the Annals of Internal Medicine. For office-based businesses, this presents a major challenge.

Across the developed world, we now spend more time sitting than ever before and office life is a (perhaps the) leading driver of the trend. A major report published last year by the Designed to Move initiative found that automation generally and proliferation of computer technology, in particular, are causing virtually all of us to sit more and move and stand less.

"In just 44 years (approximately 1.5 generations), physical activity in the United States has declined 32 percent and is on track for a 46 percent drop by 2030", the report stated. "The United Kingdom became 20 percent less physically active in the same amount of time and is trending toward a 35 percent decline by 2030."
‍

Increasingly big business is waking up to the risks - moral, economic, and perhaps legal - that this growing evidence base on sedentary behavior poses. The best have come to the logical conclusion that it is not enough simply to encourage physical activity via gyms and other out-of-hours exercise programs. If your aim is to reduce the risk and incidence of illness caused by prolonged sitting among your workforce then you need to make sure your people are getting to their feet and moving throughout the working day.

But businesses exist to turn a profit and have got to keep their people working. This, in turn, means the focus needs to be on the office environment itself and not on physical activity that - while healthy - is forever tempting employees out of the office and away from their work.

The aim in the jargon is to create "active buildings"; office spaces in which work remains the focus but where people are constantly encouraged to stand and move more. Examples include:

Provision of such facilities can be costly and return on investment in terms of health improvement is often difficult to demonstrate. However, many environmental interventions that are designed to encourage movement and circulation of staff within office buildings have additional benefits, many quantifiable in monetary terms, that wellness executives can effectively use to justify their costs.

For example, encouraging stair use within a building not only encourages physical activity but has been shown to save staff time and cut energy/carbon costs. One published study in a Canadian hospital, for instance, found that staff saved 15 minutes a day by using the stairs instead of the elevators.

Further, the Carbon Trust calculates an annual carbon saving of 50 Kg CO2, plus a $50 energy saving for every 100 employees who substitute elevator for stair use. The sort of face-to-face contact between staff that movement encourages is also generally held to aid teamworking, especially among teams working on complex problems or in businesses where creativity is a key value driver.
‍

Another important trick is to make office based wellness interventions visual or - in the language of behavioral economics - "salient". Wellness executives know all too well that most initiatives only attract the healthy-minded minority and struggle to engage the great majority. There are good reasons for this.

Those of us who don't exercise regularly often lack the skill set required to participate confidently in a spinning class or game of softball, say. This, in turn, breeds a certain self-consciousness which naturally causes us to shy away from a lycra rich environment such as the gym. For others, especially working moms, time constraints can be a real issue.

One way around this is to make office based wellness initiatives highly visual so that they reach everyone and encourage small steps throughout the working day. At StepJockey we physically label the office walls with highly visible stair and step prompts in order to engage everyone who uses the building - staff as well as clients and other stakeholders.

Labeling a building for health in this way ensures your message gets to the majority and not just the already fit minority that fitness trackers and other gizmos tend to appeal. Stair climbing - like walking - is also something that nearly everyone can do. It requires no special skill set and no Lycra.

It's also highly time efficient, saving valuable minutes rather than eating into a working day. Barriers to entry are therefore correspondingly low. Let's step up and start feeling a little healthier every day.
‍

Josh Wildeman is a wellness specialist at British-based health-tech company, StepJockey. Funded by the UK Department of Health their stair climbing program is spreading fast with more than 12,000 staircases in over 90 countries having been rated for calorie burn and their gamification platform used by use blue-chip companies including UBS, JLL, Legal & General and ESPN.

by
Jeff Romeo
at

If You Want Wellness, Teach Wellness

by
Michael Prager
at

The Effect of Stem Cell Treatment on Degenerative Eye Diseases

by
Laura O’Donnell
at