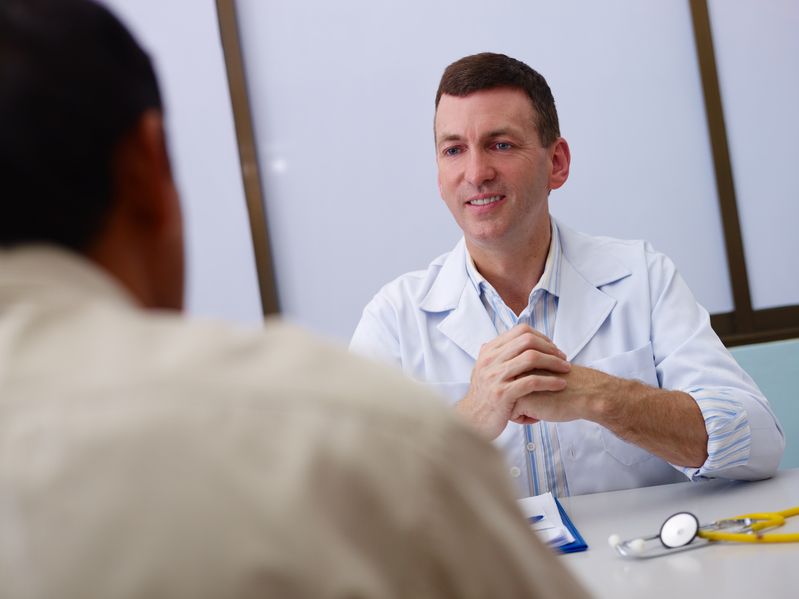 Many screening vendors propose testing for prostate cancer, using the prostate-specific antigen, or PSA, test. (There is another way to check for prostate cancer, but I can't describe it in a family publication like Corporate Wellness. Plus I don't want to give my own PCP any ideas.)

Courtesy of Quizzify, which specializes in employee health literacy, here is a true-false quiz on the advisability of these PSA screens. This quiz isn't for the employees themselves -- Quizzify has easier versions for them -- but rather for you, the person making the decision on whether to screen employees using this test.

While separately screening for PSA is expensive, adding a PSA test to existing employee screening is a good idea for males over 45. It hardly costs extra because you're taking and testing the blood anyway.

You are likely to be overwhelmed with false positives. If you screen 1000 employees for 15 years (starting at age 55, not 45), about 240 will test positive at some point, but only a couple of additional employees will die specifically of prostate cancer. And screening won't affect the overall death rate -- that will remain about the same.
‍

The fastest-growing type of "treatment" for prostate cancer is called "watchful waiting," which is to say, doing nothing other than retesting. Some prostate cancers spread rapidly, while others are quite dormant, and as yet no one knows how to proactively distinguish between the two.

The only way to know is to monitor carefully. Over treating prostate cancer can create a host of other issues -- incontinence, impotence, depression, and acute surgical complications. For cancers fitting specific descriptions, watchful waiting appears to produce similar outcomes vis-a-vis deaths from the cancer itself, with slightly more deaths than aggressive treatment, but with none of the many complications due to surgery or radiation therapy.

In the years after the introduction of the PSA test, the death rate from prostate cancer fell significantly.

However, due to the way mortality statistics are compiled, the death rate from prostate cancer does not count men dying from the treatment of prostate cancer. After the introduction of this test, many more cases were "found" and treated aggressively with surgery or radiation. That didn't work out so well. Hence the previous question.
‍

The inventor of the test has proposed many reasons why it should be used as a screen. The New York Times found these reasons compelling enough to let him publish an op-ed.

The inventor of the test opposes its use as a screening tool. That was the subject of the op-ed.

An employee who tests positive on the PSA still needs to have a needle biopsy. Only then will they know whether you have cancer and should have their prostate removed or undergo radiation therapy.

The United States Preventive Services Task Force (USPSTF) has published a draft-for-comments of a proposed change in their recommendation. Instead of recommending against it as they do now, their new (very controversial) draft recommends that employees over age 55 get the test.

They are proposing a change from a "D" (don't get screened) to a "C" (talk to your doctor). In both cases, vendors shouldn't be doing prostate screens wholesale. "Talk to your doctor" means just that. If you have a family history, for example, you and your doctor might decide to test. (Rates of prostate cancer also vary by race and ethnicity much more than most cancers.)

About 13% males will be diagnosed with prostate cancer in their lifetimes.

And 2-3% of males die of prostate cancer, which is a lot. This column should not be interpreted as "do nothing." Rather, your HRA should advise employees to talk to their doctors about the risks and benefits of prostate screening. Even then, there is no drop-dead certain right answer. I myself am never going to get screened for it again, though apparently at least one vendor doesn't allow that.

‍More statistics and factoids on prostate tests can be here, on the Quizzify blog. Until you read them and are sure you want to proceed, have your vendor take PSA tests off your agenda.

Q & A: An Interview With Ted White, Chairman of BH Genetic Solutions

by
Rob Shestack
at

Culinary Genomics: Conversing with Your Genes

by
Roberta L. Kline and Joe R. Veltmann
at

by
Joe R. Veltmann, and Roberta L. Kline
at