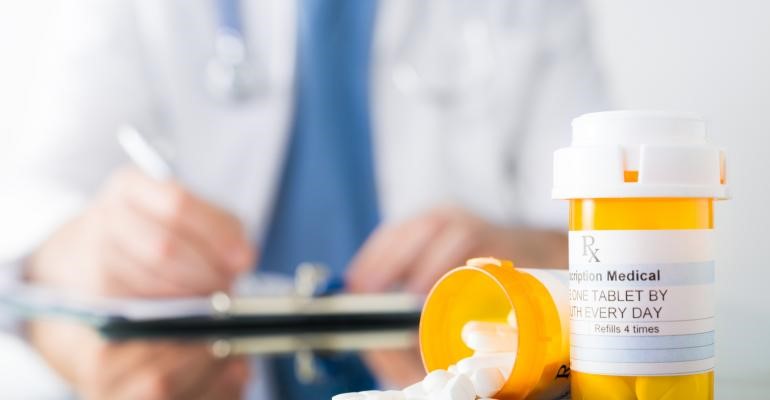 In recent years, six states (AZ, OH, OK, TN, TX, and WA) have adopted formularies specifying preferred substances and excluding others, when pharmacologic treatment is part of the care of injured workers. Other states are considering such action. According to the Workers Compensation Research Institute's 2016 Annual Report, its research has guided policymakers in California and North Carolina in contemplating adoption of a formulary.

The latter commissioned a study of the matter, its findings released on April 1, 2016, entitled "Report of the Findings and Recommendations of the North Carolina Industrial Commission Regarding the Implementation of a Drug Formulary in Workers' Compensation Claims." It stated in part (p. 4):

While further study is recommended before any action is taken regarding the implementation of a drug formulary and associated medical treatment guidelines, the Commission has identified two areas where immediate action should be taken.

First, the mandatory substitution of generic equivalents for brand-name drugs in workers' compensation claims could be implemented relatively quickly to generate savings during the process of studying implementation of a drug formulary.

Second, given the current pressing public health problem posed by opioid medications, the Commission should partner with other State agencies at the earliest opportunity to explore how prescribing and dispensing practices and other factors in workers' compensation cases affect or contribute to the prescription opioid problem.

"Cost savings are among the incentives for establishing such a formulary for the treatment of NC Workers Compensation claimants, as have been achieved by the Texas WC formulary. Based on the 180,000 prescriptions filled for State of North Carolina employees in the period from January 1, 2012, to December 31, 2014, under NC Workers Compensation program,1 savings of $8.7 million could have been realized over this three-year interval in this aspect of the program alone.

In addition, medications used to treat injured workers can also affect disability duration, return to work, and claim settlement. These factors often outweigh the expense of the drugs themselves, lending further impetus for the establishment of drug formularies.2 However, no decision has been made to institute such a formulary for the treatment of NC Workers Compensation claimants, much less the establishment of treatment guidelines linked to a formulary.

The complexities surrounding these matters are under further study. For example, the North Carolina Industrial Commission (NCIC) created an Opioid Task Force earlier this year. It has met monthly since being established. The focus of the Task Force includes the intersection of the opioid epidemic and issues of NC workers' compensation claims.

In parallel with the work of the Industrial Commission and Task Force, the NC Medical Board has added the requirement that each physician and other licensed prescriber include three CME hours on prescribing best practices as part of her/his CME needed for licensure. In addition, on June 29, 2017, Governor Roy Cooper signed new legislation, the STOP Act (Strengthen Opioid Misuse Prevention).

The Act limits the duration of opioid prescriptions for acute pain after injury or surgery, for example, while requiring prescribers to check the state's Controlled Substances Reporting System (NCCSRS) before the first prescription. The NCCSRS provides records of patients' previous prescriptions of controlled substances, while also requiring pharmacies to report such prescriptions by the day after dispensing.

by
Vernica Woldt
at

Lowering Stress and Anxiety for Shift Workers (and for others too!)

by
Betsy Connolly
at