Wellness Programs in 2018 - Clear as Mud 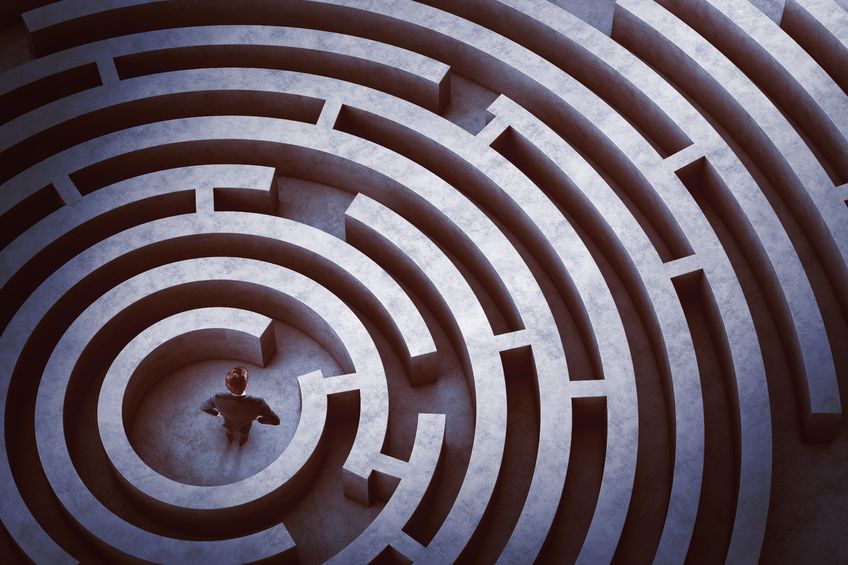 Since 2016, employers that offered wellness programs to their employees have had to juggle two sets of conflicting and confusing rules: The Affordable Care Act (ACA) on the one hand, and the Americans with Disabilities Act (ADA) and the Genetic Information Nondiscrimination Act (GINA) on the other. The ACA governs the design of wellness programs offered in connection with a group health plan while the ADA and GINA govern voluntary wellness programs that ask disability-related questions or involve a medical exam.

Under ACA rules, an employer that offers a health-contingent wellness program in connection with a group health plan must comply with a five-factor test that - among other requirements - limits the number of incentives provided under the program. These rules restrict incentives to 30 percent of the total cost of coverage for the group health plan of which the employee is a member.

The limit is 50 percent for tobacco cessation programs.Conversely, the ADA/GINA rules apply to all corporate wellness programs that ask disability-related questions or involve a medical exam, regardless of if the program is offered in connection with a group health plan and whether or not the program is participatory or health-contingent. Under the ADA/GINA rules, wellness incentives, including those for some tobacco cessation programs are capped at 30 percent of the cost of single-only coverage and plans with multiple options must apply the cap to the lowest cost option.

Thus, an employer with a wellness program that previously complied with the ACA limitations was required to lower the number of incentives under the program, and to include incentives under general corporate wellness programs to comply with the narrower limitations of the ADA/GINA rules. Recently, developments in the courts have further complicated compliance. In August of 2017, AARP brought a lawsuit against the EEOC, arguing that the EEOC's rulemaking was inconsistent with the ADA requirement that a wellness program be voluntary to be exempt from the ADA's prohibition against asking questions related to disabilities or requiring medical exams in connection with employment.

AARP argued that the EEOC had failed to give a rationale for its rulemaking (which was in contrast to its earlier position that even limited amounts of incentives could render a program involuntary) and therefore, should be enjoined from enforcing the rules. Judge John Bates of the U.S. District Court for the District of Columbia agreed with AARP but declined to vacate the regulations on the basis that many employers had already designed their programs to comply with the new rules and to vacate them mid-year would be too disruptive.

Instead, he remanded the issue to the agency for further analysis and consideration. The EEOC then announced in September of 2017 that it intended to reissue proposed rules in August of 2018, with a final rule expected sometime around October of 2019 and a possible implementation date of 2021. AARP then filed a motion to alter the earlier judgment in the case and vacate the rules but stay the mandate until January 1, 2018, or issue an injunction against enforcement of the laws effective January 1, 2018.

Apparently unhappy with the glacial pace the EEOC took to revised rulemaking, in December of 2017 the Judge granted EEOC's motion to vacate the ADA and GINA rules, but stayed the mandate until January 1, 2019, to avoid further disruption to employers. So, where does that leave wellness programs? Under this ruling, the ADA/GINA rules will remain in effect for the 2018 plan year. Thus, employers who designed their wellness programs to comply with the ADA/GINA and ACA rules need to take no immediate action for 2018.

However, for the 2019 plan year, the current ADA/GINA rules will no longer be in effect, and it is likely that any new proposed rules will not be finalized in time to design programs for the 2019 plan year. It is anticipated that the EEOC will re-issue some form of proposed regulations later this year. In his opinion of the case, the Judge stated the court intended to hold the EEOC to its intended deadline of August 2018 for the issuance of a notice of proposed rulemaking.

Additionally, the court strongly encouraged the EEOC to move up its deadline to finalize the regulations sometimes well in advance of its current estimate of 2021. If no new EEOC rules are in effect for the 2019 plan year, employers would only need to comply with the ACA rules governing health plans.

Employers must continue to comply with the requirements of the ADA and GINA in designing wellness programs that include disability-related inquiries or medical exams, but would not be constrained by the narrow and prescriptive rules of the current final ADA/GINA regulations. While the EEOC could still pursue enforcement action under the statute, it is unlikely to do so, except for in extreme cases, while proposed rules are being crafted. One thing is sure, employers' compliance obligations concerning wellness programs will continue to evolve in the coming years.

Weight Loss for Women of a Certain Age

by
Dr. Charles Bens
at

by
Wolf Kirsten
at