Wellness for Women Ovarian Cancer and Your Wellbeing

By
Debs de Vries
,
at 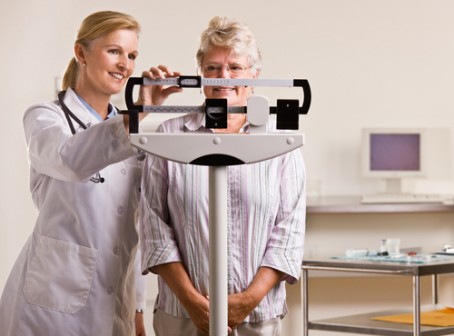 By
Debs de Vries
,
at

You may not realize it, but ovarian cancer is the leading cause of death (in the U.S.) from cancer of the female reproductive system, according to the National Cancer Institute. In 2010, 21,880 new cases were diagnosed and 13,850 deaths were recorded. Historically, ovarian cancer was called the "silent killer" because it was widely believed that the symptoms were hard to diagnose.

This is now considered to be poor information because symptoms, although possible to confuse with other conditions, are not difficult to notice. My mother, aunt and cousin have all succumbed to this disease so I write with 'inside' experience. I've seen this illness manifest in its early stages and witnessed its course in my mother's life very closely.

Because of my family history, I am now monitored and counselled by a specialist genetics team. I'd like to pass on what I've learned, and encourage women everywhere not to be fearful, but to simply be aware of certain facts and respond accordingly. Pro-active healthcare is the best thing you can do for your health. If you understand the RISK FACTORS (anything that increases your chance of developing cancer) and PROTECTIVE FACTORS (anything that decreases your chance of developing cancer) you can make changes where possible.

This is likely to improve your general health as well as reduce risk of ovarian cancer. Remember though, that these factors are based on your assumed 'chance' of developing the disease and are not therefore guaranteed to prevent it. Further on in this article, I'll list the most common symptoms of ovarian cancer but first, I'd like you to fully appreciate what you can do now to help yourself or family members.
‍

Taking HRT after menopause (estrogen only for 10+years)
‍

Increased levels of CA125 ( a substance in the blood)
‍

Less than 500g per week of red meat
‍


Having a baby
‍

As you can see from this list, there are some risk factors that you can take your own steps to decrease. Equally there are ways for you to increase the 'protective' factors. I don't offer this as a 'perfect' guide list but it's the best information available right now. My own mother had babies; took oral contraceptives; smoked; breast fed and probably consumed more red meat and alcohol than is now recommended, so you can see it's a grey area.
‍

If family history of ovarian cancer is a concern for you, be vocal in getting your healthcare provider's attention and find out whether it's advisable for you and other women in your family, to be tested for the 'mutated' gene.

At the time of writing this article, (May 2011) there is no standard or routine screening test for Ovarian Cancer either in the U.S, or in the U.K. I have been involved in a study (U.K.F.O.C.S.S.) which has monitored women who, like myself, have a family history of ovarian cancer.

This study, and similar ones in the U.S. are seeking to understand whether current screening tests do in fact, lower mortality rates from ovarian cancer as so far, there is inadequate evidence to determine that they do.

Current screening tests include a blood serum test to check CA125 levels, an ultrasound screening and a physical examination. Therefore, it is critical that women who have a family history of ovarian cancer ask their doctor if any screenings are offered.

I have found it really helpful to be recognised for being at a higher risk (for having the BRCA1/2 gene mutation in my family) and then being able to educate myself about the healthiest options for my life style.
‍

The most common symptoms to watch out for are:

It's clear that any of these symptoms could relate to a multitude of other illnesses so it's important to be aware what is 'normal' for you. Symptoms that do not resolve after treatment must be checked out and you need to be prepared to keep asking.

In the UK a doctor may only see a case of ovarian cancer once every 5 years, so it's likely that on presenting what might be digestive disorders, you could face an uphill battle to get further investigation. Women often just 'feel' something is wrong but can't always get the attention they need for a more thorough diagnosis.

According to the National Cancer Institute's SEER - 5 year relative survival rate, a cancer that is 'localized' (confined to primary site) has a 92.4% survival rate; as compared to where the cancer has metastasized (i.e. spread to a new site in the body) at 27.2%. You can see it's better to be a nuisance than ignore your own gut feel.
‍

Debs de Vries is an internationally recognised writer and also author of a wide range of personal growth, self-help and relaxation audios. Her "Chill meditation" podcasts were the World's Number One health download in 2009 and her audio books - "Guides to Great Self Confidence" are widely acclaimed.

Engaging Wellness for your Organization

What is Your Most Successful Hiring Strategy?

by
Amanda Wilks
at