Well Is the New Healthy 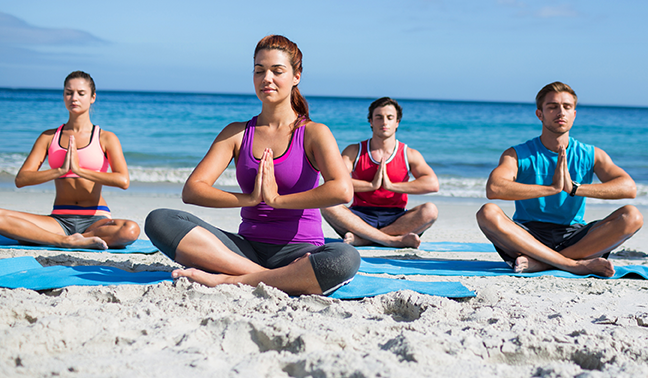 As a rule, we are living longer and healthier lives. That's good news for everyone - but it means that what we expect from our healthcare providers has radically changed over the past few decades. As baby boomers-once considered the largest generation - grow older, the notion of aging has transformed. Boomers have thus far refused to go gently into that good night, and going off script for them has thoroughly altered how society views seniors.

It used to be that "40 is the new 20;" now it's "80 is the new 60." At the same time, we've witnessed the rise of the millennials - the new largest generation - who have altered the way we view almost everything else. Millennials have thus far balked in large numbers at taking the path they've seen their parents and grandparents travel down. There is no corporate 9-to-5 for these folks; they've been witness to the toll that a stressful lifestyle has taken on their elders, and they view their own prospects quite differently.

Essentially, the notion of what healthy means has been pulled and pushed at both ends. From seniors who expect advancements in treatments to keep up with their still-vital lifestyles, to young adults who expect healthcare for them will better prevent the conditions of aging that they view as cautionary tales. The generations coming up want prevention before treatment-and the healthcare sector is hearing them, making prevention a primary mandate.

This opens up the targeted population of "patients" to everyone, meaning not only those who are sick but also those who are well and want to avoid becoming ill. This growing focus on prevention and self-perception of health means that the idea of "health" has also expanded to include "wellness" and "well-being," which better account for mental health issues (feeling well, too, as it were).

It has also triggered a massive economic boom - the Global Wellness Institute (GWI) reports that in 2015 the global wellness economy was worth $3.72 trillion. To better understand how this shift is playing out on a global scale, Havas Health & You conducted a comprehensive survey on health and wellness (the full whitepaper, "Striving for Wellness," is available here).

Below are a few key highlights of what we found among the six countries (Brazil, China, France, India, the U.K. and the U.S.) we looked at:

With our growing emphasis on not just addressing illness, but preventing it and achieving wellness holistically, it has become clear that healthcare professionals - no matter how committed they are to treating sickness-cannot be expected to deliver wellness on their own. The treatments available for them to dispense to patients, the pills and potions, surgical interventions, etc., can only go so far in providing what patients want and need.

Patients have for years become more active consumers, not the passive recipients of treatment that once existed. It is up to all of us who have a vested interest in helping people live long, healthy, productive lives-not just government, health authorities, and healthcare professionals but also employers and communities - to play a more active role in the health and wellness continuum, too.
‍

Julie Monroid is a partner at Havas Health & You and managing principal at xigxag consulting.

by
John T. Kelly
at

Live Well and Be Well