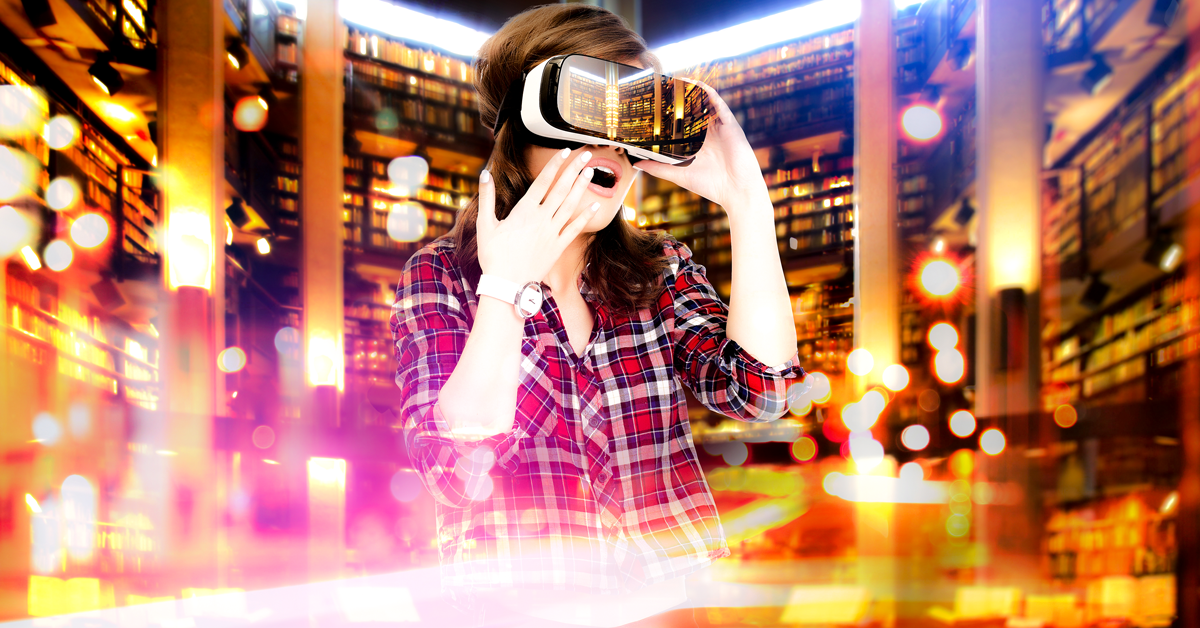 Imagine curing severe social anxiety, PTSD, or even agoraphobia not with medication or traditional psychotherapy - but with something as simple as a video game. Sounds crazy, right? Think again! It's called Virtual reality graded exposure therapy (VRGET), and it could be the future of mental healthcare. It's important to note that the concept of "Virtual Reality" isn't necessarily ground breaking, or even new, the term itself traces back to the 1800s when it was used as an archaic description of 360-degree panoramic murals-but with the advent of Telemental health, it has greater potential to be more widely implemented.

According to the World Health Organization, one in four people will be affected by mental or neurological disorders at some point in their lives. Around 450 million people currently suffer from such conditions, placing mental disorders among the leading causes of ill-health and disability worldwide. While severe disorders may still require pharmacological assistance; virtual reality technology (VRT) can enhance cognitive behavioral therapy and exposure therapy in curing conditions such as anxiety disorder, panic disorder, phobias, PTSD, and obsessive-compulsive disorder (OCD).

What is VRGET, and how is it being used in a clinical setting?

Virtual reality graded exposure therapy (VRGET) is a computer-based treatment that helps those with PTSD and other disorders deal with illnesses in a safe, non-traditional way. The therapy combines advanced computer graphics, 3D visual displays, and body-tracking technology that is used to create realistic virtual surroundings. The goal of the process is to stimulate fear to help patients engage, confront, and process difficult traumatic memories. The therapist then collects data such as increased heart rate or breathing to study how the patient reacts to their surroundings.

In an interview with the American Psychological Association, one of the scientist at the forefront of VRGET research, DR. Albert (Skip) Rizzo, explains how VRGET has an advantage over traditional exposure therapy."[With traditional exposure therapy] you typically do that with imagination alone. But, when you have a disorder where avoidance is one of the cardinal symptoms, sometimes patients may need a little extra boost.

So, if we can put them in simulations that mimic or resemble some of their traumatic experiences and do it in a gradual, yet progressive hierarchical fashion, then it really is well-matched to what the need of the clinical approach is."Dr. Rizzo's Studies have found that patients are more likely to deal with their real-world situations when they have been desensitized to a virtual environment.

The Unknowns of VR technology

As with any new development, Rizzo believes there is further research to be done. "Psychology as a science has been around for 100 years, studying how humans behave and interact in the real world. I think we need almost as much time now to study how humans behave and interact in the virtual world and what those implications are," Rizzo says. Another unknown is how one would effectively administer remote treatment for patients.

While Telemental facilities exist for individuals who are unable to physically see a therapist for their treatment; Tech Crunch points out that startup companies wishing to penetrate the VR market will really have to do all the groundwork (conducting well-designed, randomized, controlled, properly powered clinical studies) in order to fully change treatment paradigms.

Psychological impacts aren't the only concern; According to studies done on some of the most popular VR headsets (like the Oculus Rift), the long-term effects of VR are also still unknown. While many observed side effects are thought to be only temporary, there hasn't been enough long-term research to provide a definitive answer. Because of this, VR manufacturers flood users with warnings to limit liability. The Oculus Rift's health and safety documentation lists the following as potential symptoms:

The company also suggests taking at least a 10- or 15-minute break for every 30 minutes of use, even if you don't think you need it.

Other Usages of Virtual Reality in healthcare

Phobias, disorders and PTSD aren't the only application for VRGET. A virtual reality system developed by a team of researchers (Prof. Naomi Josman and Prof. Tamar Weiss) at The University of Haifa, Israel has been developed to assist children dealing with Autism. The system features various scenarios which are all designed to teach autistic children between the ages of 7 and 12 how to cross a road. The simulation shows a street with traffic lights and cars which the child interacts with.

The child learns to cross a road safely without placing them in danger or causing undue stress. These skills are later practiced in a controlled real-world area. As Josman and Weiss explains, "previous studies have shown that autistic children respond well to computer learning." Living with autism, children rarely have opportunities to experience or to learn to cope with day-to-day situations." Using virtual simulations such as the one used in [our] research enables them to acquire skills that will make it possible for them to become independent."Josman and Weiss' findings show that the intelligence level or severity of the child's autism doesn't affect their ability to understand the system; and therefore, is an important way to improve their cognitive and social abilities.

Disruptive ideas in healthcare and benefits will be shared at Healthcare Revolution, Oct. 28-30, 2018. With advances in technology in the medical field changing how mental health patients are treated, the future is looking bright. VR telemental research, coupled with the emergence of more affordable VR headsets, has the potential to be groundbreaking for the patients who suffer from mental disabilities. Telemedicine would essentially be able to improve more lives because it would decentralize mental health treatments.

Sleep: An Important Concern for Health and Productivity at Work

Addressing the Alarming Trends in Suicides Among Healthcare Professionals

by
Philip Chard
at
Empathia, Inc

EQ is the New IQ: The Role of Emotional Intelligence in the Workplace