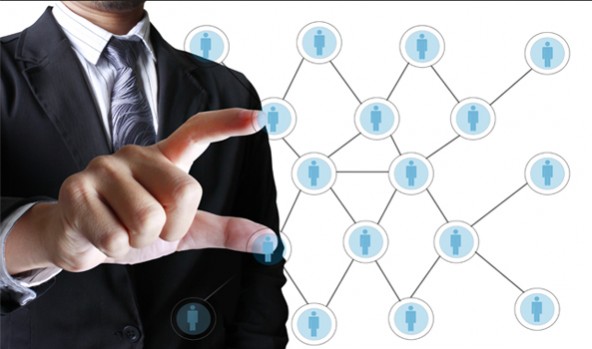 Everyone today in business is aware of the effects that social media has on business, especially if you are under the age of 30. If you are not taking advantage of web media sources like YouTube, Facebook, LinkedIn, and other hot social network sites, you are living in the last decade. Don't be so 2009.

Increasing your sales and corporate awareness with social media should be a key component of your business strategy. You may think that you can get by without it, and you probably can. But in order to move your business to the next level, you need social media.

If you need convincing, note these stats from  Erik Qualman, author of the # 1 international best-selling book, Socialnomics. Consider these ten stats in his book:

Relative to health care, while some companies continue to question the value of social media networking, debating whether or not they should be on Twitter or Facebook, others have superseded the hesitation, and are presently into the next phase of social networking.

The companies who currently have delved into the social media networking space can find their customers are already there, sharing their health concerns, supporting one another, and seeking better health outcomes, according to Dr. Kevin Pho.

Voted the best medical blog of 2008, KevinMD.com is the web's most influential health care social media platform, with over 100,000 subscribers on Facebook, Twitter, Google+, LinkedIn, and RSS. Businesses can interact with customers in real-time, and monitor behavior and trends.

According to Deloitte, "Social networks hold considerable potential value for health care organizations because they can be used to reach stakeholders, aggregate information and leverage collaboration." Health care is at the forefront of society's mindset, yet patients cannot see what goes on behind the scenes of medicine.

Engaging with a powerful and influential supportive community of family and friends in the social circles, and having health experts offer action plans with inspiration and motivation to better manage chronic conditions and to improve overall well-being; individuals can be guided to better health efficacy.

CIGNA has a presence on LinkedIn (http://www.linkedin.com/company/cigna ), and Aetna Global Benefits (AGB) members have access to an additional online resource designed to help them easily navigate their benefits and achieve their optimal health. Aetna's international business segment launched its presence on Facebook in early 2010, specifically designed to enhance the service experience for the organization's more than 400,000 members located worldwide.

While it's easy to identify demand, many healthcare marketers are not exactly sure how they might tap into the social web to reach business goals, according to TopRank Online Marketing. To help understand the possible applications, consider these five examples of how the social web can work for hospitals and others in the healthcare industry:
‍

‍1. Tweet Live Procedures: In the past year, social media channels have helped open up an area of healthcare previously only available to a select few: the operating room. Last February, Henry Ford Hospital became one of the first hospitals to Tweet a live procedure from an operating room.

Doctors, medical students and curious non-medical personnel followed along as surgeons tweeted short updates on the kidney surgery to remove a cancerous tumor. This healthcare marketing tactic can effectively create excitement and raise public awareness for a healthcare organization.

In the case of the Henry Ford procedure, Twitter was abuzz that February day with users both re-tweeting the messages from Henry Ford and adding their own thoughts on the event. That buzz can help healthcare organizations both attract new patients and recruit medical personnel.

During the presentation, Aase leveraged Twitter to encourage participants to contribute to the discussion using the #AHAchat hashtag.Weaving social media into healthcare training initiatives can provide multiple benefits, including:

3. Reach Mainstream Media: 70 percent of journalists now use social networks to assist reporting, compared to 41 percent the year before, according to a  Middleberg Communications survey reported by PR Week. With numbers that high, it only makes sense for healthcare marketers to leverage social media channels in order to achieve coverage by both mainstream media and industry publications.

As part of healthcare marketing efforts, organizations can use social media channels - including blogs, forums and microblogs - to share success stories from out-of-the-ordinary operations or treatments, medical research or other significant achievements.

‍4. Communicate in Times of Crisis: When disaster strikes - whether it be a flood, an earthquake or a terrorist attack - healthcare providers are at the center of it all. Healthcare providers can leverage social media networks to provide real-time updates both for those directly affected by the crisis and those watching from afar.

5. Provide Accurate Information to Patients: 73 percent of patients search for medical information online before or after doctor's visits, according to the HealthCare New Media Conference. With the magnitude of health information available on the web - both accurate and inaccurate - it's likely that these patients can easily be misinformed.

Social sites like Inspire are providing a forum for patients to share their health problems and questions about treatments with other patients, as well as qualified medical personnel. Inspire, for instance, partners with trusted health nonprofit organizations to ensure information is accurate and its community is safe.

The benefits of integrating social media into healthcare marketing efforts are priceless - from improving patient care to gaining media coverage to attracting new patients and staff. If your healthcare organization hasn't already taken advantage of social networking channels, now is the time.

Facebook, Twitter and Google plus are only a few of the social networking platforms utilized, and the millions of individuals who use it have the capability to spread information like wildfire.  They can reach and influence others in their social circles at lightning speed, according to Dr. Kevin Pho.

You can communicate faster and more directly to consumers, and you can offer special features and options to your customers that other media outlets don't provide. All the major sites have the ability to provide feedback, and tracking your business results is a good way to know that your investment in this type of marketing is well worth the money.

Make the best use of your ad dollars by building a presence with social media. If you plan on capturing your fair market share in your industry, and increase the level of business with the under 30 crowd, no better format is available than social media.
‍

Mark Roberts' professional sales background includes 30 years of sales and marketing in the tax, insurance and investment markets. Mark is a licensed life, health and accident insurance agent in all 50 states and DC for insurance products and discount health plans.

He serves as Manager of National Accounts at Careington International Corporation (www.careington.com). He also regularly contributes articles to magazines for both medical and dental topics both in the US and the UK. You can reach Mark at markr@careington.com.