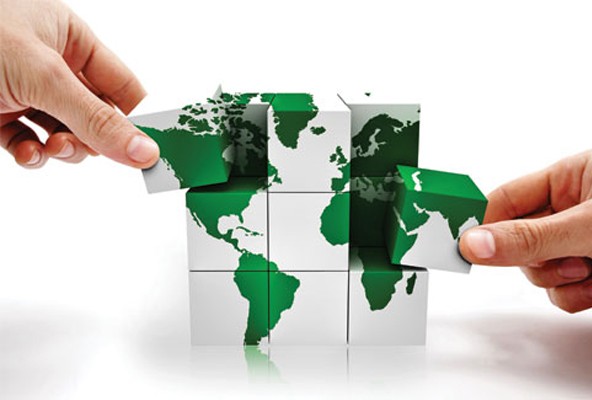 The industry had a lot of momentum in 2009 as many insurance companies moved forward with their plans, but was derailed when Obama brought Healthcare Reform into the picture which caused insurance companies to stop all new programs/initiatives and to focus on fighting for survival.

Many employers are still sitting on the bench on the sidelines watching the fight between insurance companies and the US government unfolds under healthcare reform, waiting to see what the final result was and how it really affected them.
‍

Over a year after Healthcare Reform became law, finally US employers and insurance companies are comfortable with healthcare reform. What that means is that they aren't necessarily completely happy with it, but they finally understand how it affects them and how they need to comply with it.

The reality of it for employers it that the majority of them understand, Healthcare Reform isn't going to lower costs. Some smaller employers are already seeing the effects and are being hit with health insurance rate increases of 40% or higher.

With health insurance rates already too high, constant increases to the cost of health insurance just make the market unsustainable. It will become extremely unsustainable starting in 2014 when sick people pay the same costs as healthy people and insurance companies are forced to accept sick people at any time and cover all their conditions immediately at the same costs as a healthy person. This is when insurance really no longer is insurance, meaning you calculate from the risk what the costs will be.
‍

Now that employers and health insurers are comfortable with healthcare reform and realize costs are going to continue to rise, many are turning back in the direction of medical tourism anew. It is very exciting to see all of the activity going in Medical Tourism in the US with both private sector companies and public sector companies implementing medical tourism.

Those in the industry who pay close attention will have seen the news over the past 6 months popping up on Google alerts of US Self Funded Employers and Third Party Administrators implementing Medical Tourism, as well as Governmental Entities like the City of Rochester, New York.

The reasons why they are implementing it is either the cost savings or because of ethnic employees. The Mayor of Rochester and the Rochester Chamber of Commerce will present at our annual event in Chicago about the entire city plan surrounding this initiative.

As more and more US employers become open to the idea of medical tourism, a much larger trend will develop and movement that will pick up steam and energy in 2012. Several of the biggest US health insurance companies have already implemented medical tourism or are announcing their plans shortly, quietly going through the request for proposal (RFP) process and not raising any flags.
‍

Dental Clinics around the world should be very excited because it looks like two of the largest dental insurance companies in the United States will soon be allowing their insured to take their dental benefit overseas. Everyone has been waiting for dental tourism to take off with the US insurance companies, and the time has come.

Several smaller health insurers in the US with under a million lives are also in their Request for Proposal (RFP) Process and once it is concluded will be implementing their medical tourism programs.

What's really exciting about it all this isn't just that several of the biggest carriers and employers are now back on track and moving forward again with implementing medical tourism after the delay from healthcare reform, it's what will happen once they implement it.

The same holds true for US health insurance companies, once these companies or a big employer goes public with their new medical tourism plans, their competitors know they have to invest and move forward in this space.

Insurance companies don't want to lose their employer groups or the profits that come with it. Employers from around the country are going to closely follow the first large employers implementing medical tourism and once they see that first employee travel and the costs savings, it is going to create a revolution with US health insurance benefits.

This year at the MTA's conference in Chicago a private luncheon for US employers will be held for an open forum for collaboration on how the MTA can support employers through education and other initiatives and how it can help US employers increase awareness amongst their employees of medical tourism and to help increase utilization and engagement of the medical tourism benefit by employees.

The MTA will be focusing on its initiative of consumer awareness, by helping employers understand obstacles employees must overcome in order to travel for healthcare and helping them provide the employee education on the quality of healthcare that is missing from many existing medical tourism programs in place in the US.

The Role of the Broker in the New Benefits Landscape

by
Willis Towers Watson
at

by
Rob Danoff
at