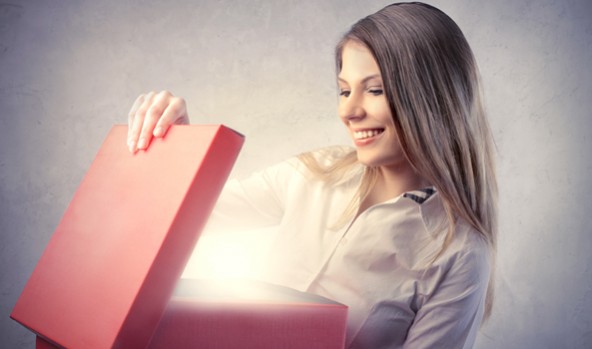 Holiday shopping has come to an end as the New Year approaches.  Many of us are relieved the holiday rush has ended, yet feel anxiety as we wait for our credit card bills to arrive. The majority of people have noticed we reside in an almost cashless society.

Credit cards are the form of payment most consumers choose.  The question exists though is there really an option or has the past year been so financially straining that there is no longer a choice. Unfortunately, the grim reality for many shoppers is that due to the economy they didn't have the luxury of purchasing gifts this holiday season with cash.

Instead plastic was used and now shoppers are awaiting the statements to figure out the best way to pay down the debts. To further show how credit cards have served as a financial lifeline, the Federal Reserve stated in May 2011 that the U.S revolving debt was 793.1 billion.

Of that number 98 percent of it was made up of credit card debt.  It sounds hard to believe, however looking at the statistics below confirms this finding to be accurate.

It is no secret that 2011 was a trying year for numerous people. Credit card debts will most likely increase in the following year and so will the debt level, however as a consumer you need to be educated and know exactly what you are signing up for.  Card applications by law must disclose all terms and agreements.

The unfortunate part is most cardholders sign on the dotted line without reading any of the print.  That is where the trouble begins.You can use credit as needed as long as you know exactly what you will be paying for.  The average interest rate on a new card is around 14 percent, while the default rates on some cards exceed 28 percent.

If you ask the majority of account holders what their rates are they cannot answer that simple, yet important question.  I urge everyone this year to reevaluate their  situation.  Look over the terms to which you have agreed to.  Follow the tips below to be sure you are getting the best bang for your buck.

If you are already in an unfortunate situation with your credit situation, then there are ways to reestablish your credit score.  The wonderful thing about the credit reporting system is that nothing is permanent.  Too many people have watched their balances rise and their scores decrease over the past year.

We have all heard numerous times how important credit is; yet many feel they are at a dead end in the credit world.  The good news is this is simply not the case.  Fixing credit doesn't happen overnight but with a little effort it is not an impossible task.  Follow the tips below and you will notice your score rise over time.

One of the main reasons that people are increasing their use of credit cards is due to the job market we are facing.  The U.S unemployment rate has stayed around 9 percent however the reality is it was closer to 15 percent throughout the year.

The reason it never reflected that number was it did not take into account the people who stopped looking, or settled for a part time position.United States banks have had a rough year financially as well.  There have been numerous changes that have affected them, as well as their account holders.

Countless banks changed their policies in 2011. The first announcements started around March that free checking was becoming a thing of the past.   Many account holders were suddenly going to be charged a monthly maintenance fee that ranged from a few dollars to double digits.  Over 60 percent of consumers no longer have free checking.

Granted there are ways to waive the fees if you meet their criteria. The other main news was the announcement in October that banks would start charging a monthly flat rate fee for using debit cards for purchases.  Fortunately for debit card users, by November that was retracted and will no longer take effect, due to the number of irate clients.

This amendment limited the amount of money that banks could charge merchants for debit card purchases.  All merchants pay a fee each time a debit card is used, which would explain why some merchants refuse to allow debit card as a method of payment on low amounts.

Banks have estimated they will lose over 6 billion dollars annually with the new law in effect. They were trying to recoup some of the funds by charging the monthly fee to the card holders. There is no cap on fees that banks can collect from credit card purchases so the banks were hoping that consumers would use credit cards instead of debit cards once the fee was implemented.

It would have been a no lose situation for the bank since they would have collected a fee either way.  If the cardholder used a credit card the merchant would pay a fee, whereas if the purchaser used a debit card the monthly fee would be collected from the account holder.

The banks cannot afford to take that loss, therefore be aware in the coming year of other "new" charges you may obtain on your account. This past year has had its ups and downs.  Americans witnessed history on August 5 when Standard & Poor's rating agency downgraded the U.S credit rating to AA+ for the first time.

That action caused Americans to lose a lot of money in the stock market and other financial investments.  With that said though the United States of America is still the strongest nation out there and we as a whole accept any challenge we are given.

We have proved over and over that regardless of the circumstances the U.S will succeed and people will live the "American Dream."  This new year will give America and its people the opportunity to move forward from the past and accomplish any goals that they may have.
‍

Courtney Cordero with American Debt Counseling, Inc, a national nonprofit 501(c)(3) credit counseling company.  ADC has over a decade of experience in assisting clients with their financial needs.  We are licensed in numerous states.  ADC has an excellent rating with the BBB and is BSI/ISO certified.

Is There More Than One Way of Calculating Return on Investment for Corporate Wellness Programs?

Employers Can Help to Prevent the High Costs of Chronic Diseases

Cut Health Care Costs by Establishing a "Culture of Health"

by
Jerry Kornfeld
at