The Truth About Responsibility 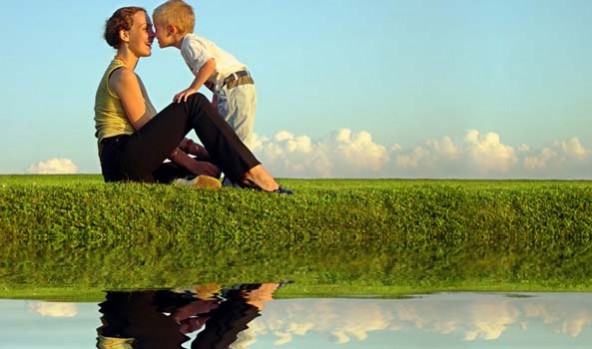 Responsibility gets a bad rap.  "Who is responsible?", is often accompanied by the familiar tune of "Not me."  Corporations already burdened by the responsibility of healthcare find themselves in the role of virtual parent and the thankless task of trying to get employees to do what's best for their own health:  eat well, exercise and get regular checkups.

When it comes to health, we tend to say things like, "I must be getting old" (and thus decrepit, fat, less able...).  Some blame "heredity", or, "bad knees", neglecting to mention dietary habits or the 50 extra pounds or so contributing to the problem.

That's what I did in my mid-forties... thought-and said, "I'm getting old" because somewhere along the way I bought into the notion that these ills come with age.  By this time I was spending hundreds of dollars a month on pain-relieving measures and hours of time in visits to chiropractors and massage therapists just to help relieve what had become chronic back pain.

My wakeup call came when I learned that I had osteopenia, the "yellow zone" precursor to the red zone of osteoporosis.  That's when I awoke to realize that it was up to me to turn my health around or it would only get worse, and that began my journey to better health and fitness now at 52 than when I was 22.

We feed our cars good fuel and service them regularly and lubricate the engine with clean oil.  We do not feed our cars sugar and expect them to run.  We don't say, "I know I shouldn't, but..." and infuse the engine with dirty oil, and if our mechanic tried that we would fire him!  So how did it become okay to treat our bodies this way?

It's hard to say just when it happened, when it was in our society that the concept of honor was separated from responsibility and demoted to one of the last definitions to be found for it:  Responsibility: the ability or authority to act or decide on one's own, without supervision; on one's own initiative.

But it's time to make a case for its good name and reinstate it to a higher ranking:  Response-ability...the ability (knowledge, freedom, power) to respond (act, handle, manage). Corporations have so much opportunity to make a big difference in the world and in their own workplace when they lead by example through the establishing of a ubiquitous healthy corporate culture.

There are many ways to do this, but first and foremost, focus on health and fitness through exercise and nutrition, in other words:  PREVENTION!  Whatever we focus on, grows.  So if we focus on the problems, we see more problems.  When we focus on the solutions, we see-and get-more solutions.
‍

We had two dogs, until one died of old age.  Whenever we'd go on walks in the woods around our house, the oldest dog, a black lab mix named Onyx, whom we found abandoned and starving as a puppy, was allowed free roam, off leash.  The youngest dog member, a precious but sassy Cavalier King Charles Spaniel named Zoya, was-still is-kept on the leash.

Onyx was a delight to behold as he raced gracefully in ever-widening circles around us, splashing in and out of the stream, dashing through the trees and leaping over anything in his path, then returning to us and close at hand the moment he was called.  Onyx was responsible and so Onyx had the greatest freedom.

Then there's Zoya.  Zoya is a prissy alpha of the ready-fire-aim sort, and wants to dash out in front to show her worth as the hunting dog she imagines herself to be, without thinking about the fact that she could get lost or become some predator's hors d'oeuvre.  She could chase a bird to Timbuktu-or at least to the next county-before she would realize her "pack" was no longer in sight.

So, while Zoya wanted to forge ahead and be top dog, she was not responsible and consequently she had the least amount of freedom; relegated to bouts of straining at the leash, and pulling along her slower human pack leaders.  The freedom she longed for was negated by her inability to be responsible with it.

Perhaps it's because Onyx had once been a lost and frightened puppy, that he valued what he had enough to know not to lose it.  Like the patient who faces death and from then on decides to change.  But we have a choice:  we can choose to increase our freedom before we lose it... before it's too late... too expensive... too painful.

Somewhere along the way we've been mislead to think of responsibility as an albatross, where the perceived burden of it is attributed equal or greater weight than the privilege of it.  But to be able to respond... to act... to handle... to manage, is powerful, and the exhilaration that accompanies responsible achievement is addicting, and companies can employ a few good addicts to help get others hooked.

The drug of choice: exercise. If we permit ourselves the freedom to eat whatever we want and to not exercise, we become hindered by ill health, far less free than we imagined ourselves to be in consuming what we wanted.  The freedom to eat without responsibility to health leads to the burden of illness.

Similarly, we feel ourselves victim of circumstance without the time to exercise, and yet end up sick more often, with time lost from lack of it.  Yet the amazing thing about exercise is that it's a virtual human generator; so exercise actually creates more energy, which is almost the same as making more time.

My home is in the woods, so our decks, sidewalk and driveway are often covered in nature. My 14 year old son has the job of clearing off the exterior surfaces. The most effective and efficient way to do this is with the leaf blower, yet my son usually chooses to use the broom instead.  You see, the leaf blower is electric, which means that you have to deal with uncoiling and recoiling a very long, heavy-duty utility cord.

To my son, this is too much trouble, so instead he grabs a broom. The problem is that the broom is not nearly as efficient at getting the job done, so his choice to take the "shortcut" is actually the harder, longer route.  If he would take a little more time at the beginning and end to handle the cord, the actual job would be over sooner with less likelihood of call-backs to redo the job (relapse).

So similarly, the choice to do the harder thing first-exercise, and last, eat nutritious foods, is actually the most efficient, thus more freeing of time and energy than the fast food and omission of exercise. In the long run, the responsible approach is the shortcut. The truth about responsibility is that ultimately, responsibility is power.

Power is one synonym of responsibility-the honorable synonym, though tarnished from ill use. The best leaders are those who are most responsible... most respond-able, to whatever is at hand. The best leaders are unafraid of failure for they realize that to fail and learn, is not to fail.  Rather, to fail, learn, improve and grow is to be able to respond to the failure, which converts it to strength.

The responsible ones seek education and information, because they know that knowledge is power and the freedom to reap the benefits of choice. Companies today are striving admirably to provide benefits and choice to employees for wellness and healthcare, and they anguish over how to ignite and motivate their workforce to get involved in these programs. One thing about tools is that we need to be trained in how to use them.

The ability to respond is increased and expanded with knowledge.  Before we get a driver's license we have to learn the laws of the road so that we have response-ability. To learn the ins and outs of the real issues of healthcare, we need to learn the laws and tools of health and fitness. To help you create a fitter, healthier, stronger employee body, consider imbuing your company with the culture of response-ability by inviting strong employees to take on the challenge of building wellness tribes around exercise and fitness, and provide them the tools to do so.

Engage through education by recruiting your strong wellness program participants to help co-host Lunch 'N Learn's toward learning the ins and outs of your company's healthcare programs. Empower your people with knowledge, tools, and responsibility-the ability to respond, fail, learn and grow.

Establish a culture of responsibility and encouragement, health and fitness. Replace the old habits that do not serve with healthy and positive ones and watch your corporate wellness gain in health, strength,and power.
‍

LeAura Alderson is CEO of My Trainer Fitness, publisher of do-it-yourself workouts to-go on laminated cards in books of 24 and packs of 6 complete workouts for accessible anywhere fitness for corporate benefits and incentives.  For orders and motivational presentations, contact: LeAura@MyTrainerFitness.com 336-287-6190;  www.MyTrainerFitness.com

by
Emily Noll
at

by
Anurag Lohia
at