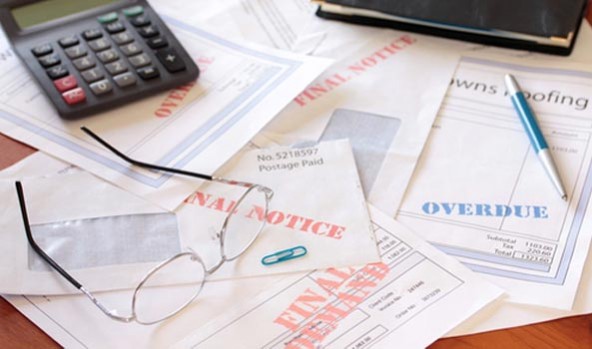 This may have been the answer prior to 2005; however bankruptcy changed drastically on October 17, 2005.  The government lobbied unsuccessfully for 8 years and 3 failed attempts to pass a bankruptcy reform. They succeeded on April 20, 2005 when President Bush signed The Bankruptcy Abuse Prevention and Consumer Protection Act of 2005 into law.

The law went into effect on October 17, 2005. The reform was the biggest change to bankruptcy in decades. There are many significant changes listed below that anyone contemplating bankruptcy should be aware of.
‍

This reform was finally put into effect for a couple different reasons. Mainly, over the years there had been an increased amount of bankruptcy filings, which in turn cost consumers and creditors a lot of money.  For example in 2004, 1.1 million people filed for Chapter 7 which is also referred to as liquidation.

The process of Chapter 7 is that all non-exempt items are liquidated and paid to the creditors. Any remaining debts are cancelled leaving the individual the opportunity to start over in the financial world.  Sounds like an ideal way out of the financial crisis for a lot of people. However, it comes with some lifetime consequences.  Please see below for more details.
‍

Debts that are NOT discharged:

Since the majority of people who file for Chapter 7 don't have that many assets, several creditors or debtors take a loss on the remaining balance.  Creditors can't afford to take a loss on millions of dollars per year. Therefore, they tax or increase prices on customers who are meeting their financial obligations.  In 2003, the Nilson Report stated that issuers of proprietary and credit cards "lost 18.9 billion in 2002 from consumer bankruptcy filings."

It is estimated that a large portion of that loss was made up by taxing consumers. The bankruptcy law also took into consideration how many loopholes were in the current system. People and attorneys were abusing this. There were countless cases where people filed, yet had the ability to pay back part or all of their debts.

Many of these filers should not have qualified for Chapter 7, yet they did. Chapter 13 would have been the better alternative; however since there was no law stopping them attorneys allowed them to avoid paying back the debts by filing Chapter 7. Chapter 13 is the route to take when someone is financially able to afford some or all of their debts.

In Chapter 13 bankruptcy, the filing party is put on a repayment plan that is up to 5 years.  Most fees and interest payments will be reduced or eliminated through this bankruptcy.  As with Chapter 7, this type of bankruptcy also has pros and cons which are listed below.
‍

Debts that are NOT discharged:

In addition to the reform making it harder to qualify, it also made it very costly.  It is estimated that filers can expect to pay over 50 percent more since the reform was passed. Since most people filing for bankruptcy don't have liquid cash, that proves to be a dilemma considering most, if not all, fees are due upfront.

Bankruptcy should always be a last resort due to some of the consequences individuals will face. If you or a loved one is considering bankruptcy, it is recommended to consult an attorney.
‍

As American Debt Counseling, Inc.'s (ADC) Director of Community Development & Education, with more than a decade of experience working in the financial industry, Courtney Cordero is dedicated to educating the community on financial literacy. Courtney's expertise has led to a full range of financial educational programs by assisting and educating consumers on a large spectrum of financial matters.

In 2001, Courtney started her career in the debt relief industry as a Certified Credit Counselor. Courtney assumed the responsibility of working daily with clients and creditors. In 2003, Courtney launched the financial outreach programs for a 501(c)(3) non-profit organization, which included seminars, newsletters and developed an educational website.

This built strong, ongoing relationships within the community, including Salvation Army, rehabilitation centers, school districts and various other organizations. Courtney's extensive knowledge of the debt relief industry, including counseling and budgeting, allows her to develop ongoing financial educational programs and workshops to benefit consumers.

As a working mother, Courtney realizes the importance of teaching the youth the fundamentals of personal money management, and how future generations will impact society.
‍

American Debt Counseling, Inc is a national nonprofit 501(c)(3) credit counseling company.  ADC has over a decade of experience in assisting clients with their financial needs.  We are licensed in numerous states.  ADC has an excellent rating with the BBB and is BSI/ISO certified.  Please visit our website at www.americandebtcounseling.org.

by
Alan Bradford, and Pearson Talbert
at

What is Long-Term Care?

by
Gay Rowan
at

by
Greg Justice
at