The Implications of Acetaminophen Overdose for Injured Workers 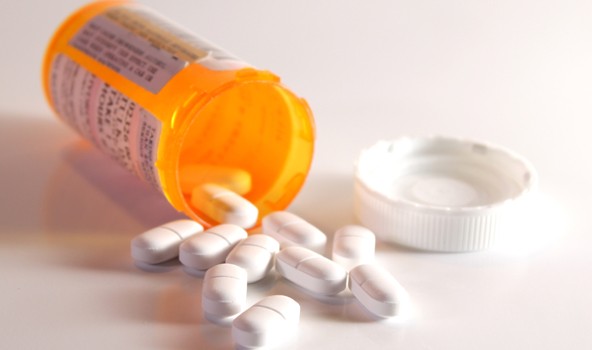 One of the most commonly used drugs to relieve pain and fever, acetaminophen is contained in a number of prescription medications and is a popular over-the-counter medication. However, the increasing connection between cases of liver toxicity with overdosing of acetaminophen has caused the United States Food and Drug Administration (FDA) to take aggressive action.

Under the new dosage limitations, the FDA plans to eliminate products from the market that contain up to 750 mg of acetaminophen per tablet, capsule or other dosage unit. To comply with the new restrictions, manufacturers will need to either limit the amount of acetaminophen to 325 mg or no longer market the product.

These new dosage limits are not expected to cause a shortage of pain medication as there are many prescription combination products on the market that do not exceed the new maximum amount. In addition, FDA reduced dosage requirements will be phased in over a three-year period.

It should be noted that over-the-counter acetaminophen products are not affected at this time. A complete list of affected products and other information related to the latest FDA action can be found at http://www.fda.gov/acetaminophen.

What Self-Insured Payors Can Do:

Here are three steps to reduce over-utilization of acetaminophen.

‍1.    Educate and Inform. The majority of the adverse effects associated with acetaminophen are due to injured workers unknowingly taking too much of the drug. In fact, according to a 2007 study published by the American Pharmacists Association, fewer than 15 percent of the adults surveyed realized that Vicodin contains acetaminophen.

The FDA offers flyers and other materials that encourage consumers to read and follow label directions. It's also essential to remind employees on the importance of informing their doctors of any medications they take regularly.

‍2.    Proactively Review Employee Utilization. By engaging in a comprehensive drug utilization review program, self insurers can proactively monitor an employee's intake of acetaminophen. Many pharmacy benefit managers offer this type of program. However, it's important to engage in a multifaceted program that encompasses prospective, concurrent and retrospective reviews.

A prospective program allows all involved parties to plan for future outcomes with up-front information. If potential problems are found, the claims professional may withhold the approval of the claim. At this point, a formulary is established based on the date and type of injury.

Typically a concurrent drug utilization program occurs in real-time at the pharmacy. When a prescription is filled, it is audited for inappropriate use versus what is allowed on the formulary, duplication of therapy, multiple physicians, excessive dosage and drug-to-drug interactions. Depending on the medication formulary, the pharmacist may also be required to seek authorization from the pharmacy benefit manager or the claims professional.

A retrospective program occurs after medications are filled using historical pharmacy data. A pharmacy benefit manager typically works with a self insurer to determine which key areas they would like to review on a retrospective basis. Key areas often include setting thresholds for excessive quantity, early refill, high dollar amounts and certain classes of medications.

‍3.    Build Effective Physician Relationships. Establishing an effective strategy for communicating with physicians enables self insurers to better ensure employee safety. It is important for self insurers to take steps to communicate recommendations of clinical reviews conducted by a pharmacy benefit manager to prescribing physicians.

It is essential to alerting physicians on recommendations related to excessive duration or duplication of therapy and high dosage of specific medications. This communication can be in the form of a letter or conference call with the physician. In addition, pharmacy benefit managers often have a clinical pharmacist or a physician available to explain the rationale for their recommendations directly to the prescribing physicians.

While acetaminophen is still considered to be safe when it is used as directed, self insurers should monitor usage as with any prescription medication. Not only will this mitigate risk by reducing opportunities for fraud, misuse and abuse, it will also yield cost savings per claim over time.

Tron Emptage is chief clinical officer at Progressive Medical, Inc., which helps payors achieve better outcomes for injured workers and more control over expenses through a powerful combination of network capture and conversion programs and clinical expertise. He can be reached at Tron. Emptage@progressive-medical.com or 800.777.3574.

An Employers Guide to an Aging Workforce

by
Victor Tringali & Joseph Giandonato
at

4 Crucial Steps Caregivers Can Take to Help Wellness in Retirement

by
Carol Ebert
at

by
Adam Kaufman
at