The Growing Gap Between Nutritional Promise and Behavior 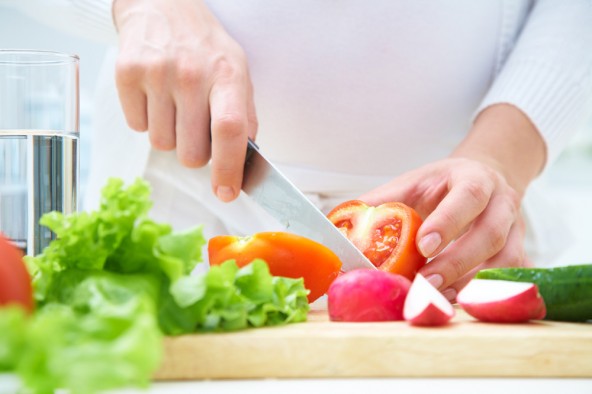 The gap between personal nutritional behavior and what scientists say can be achieved with better nutrition is growing faster than the national debt. There is scant evidence that many people are adopting truly healthy diets, as can be seen by some recent statistics.

Nutrition is clearly the number one cause of our unhealthy population, and thus the number one cause of the ever-growing cost of health care. Yet, scientists now tell us that not only is 80 percent of all disease preventable, we can actually overcome our genetic predisposition to most chronic diseases with good nutrition. That's right, we can change our genetic future simply by adopting healthier diets and yet most people are eating less healthy now than they ever have.
‍

The number one cause of death in the U.S. is heart disease, in spite of the fact that we have known for over 40 years how to prevent it, and even reverse it. Dean Ornish wrote a book on reversing heart disease over 25 years ago, and yet deaths from this disease have continued to increase every year. A few years ago, scientists at McGill University and McMaster University in Canada determined that even people with a strong genetic tendency for heart disease or stroke could overcome their genes with good nutrition.

Two studies of 27,000 people found that a diet rich in fruits and vegetables, eaten raw or lightly steamed, could reverse their heart disease risk by turning off the bad genes. In this case, it was the 9p21 gene, which is prevalent in certain ethnic groups. Dr. Abramson, a spokesperson for the Heart and Stroke Foundation in Canada, indicated that 10 helpings of fruits and vegetables are recommended, along with a minimum intake of fats.

Less than one percent of the population consumes the fruits and vegetables recommended for people without the 9p21 gene. In addition, 75 percent of the population is eating 3 or less helpings of fruits and vegetables every day, according to the CDC. Current efforts to get people to eat better are simply not working. Yet, if you mention taxing less healthy foods or making less healthy people pay more for health insurance, you are immediately branded as being un-American or a socialist.
‍

Most people know that Type I diabetes is caused by a genetic error, but very few realize that Type 2 diabetes also has a very strong possible genetic influence. According to the research of Roger Williams, PhD., some people are born with 10 times more insulin producing cells in their pancreas than some other people.

The range can be from 200,000 beta cells in the pancreas to over 2,500,000 beta cells. That means that some people are ten times more likely to be diabetic than the people who have more beta cells. Jeffrey Bland, Ph.D., in his book "Genetic Nutritioneering" identifies four factors that can influence the risk of Type 2 diabetes.

They are nutrition, exercise, stress management and detoxification. While stress and detoxification are important, nutrition and exercise are far more significant in the prevention and reversal of Type 2 diabetes. Exercise is crucial because it encourages the insulin receptors on all of our cells to stand up, multiply and become more sensitive.

This allows glucose and insulin to get into our cells to be used as energy and keeps the glucose from circulating throughout our bodies, causing oxidative damage. A diet that is low in sugar or simple carbohydrates, as well as saturated fat, is key. In fact, some Type 2 diabetics have completely reversed their condition in as little as 3 days with a vegetarian diet.

Hundreds of scientific studies confirm the ability of a vegetarian diet to both prevent and reverse Type 2 diabetes, and yet, nearly all doctors still choose to "manage" this disease with drugs. Could the reason for this choice be the money doctors and drug companies are making?
‍

Breast cancer is one of the most devastating cancers for women; because current diagnostic tools are so unreliable and do not usually catch the disease until it is well advanced. Of course, we are talking about mammograms, which can only see tumors once they contain over 4 billion cells. Unfortunately, this often means the cancer has advanced to stage 2 or 3, which then triggers a series of painful and often unsuccessful radiation and chemotherapy treatments.

This is unfortunate because many scientists estimate that nearly 90 percent of all breast cancer is preventable. If young women in their late 20s have started to use thermography as their diagnostic tool of choice, they could find any troublesome breast cells 8-10 years before mammograms can see a well-formed tumor.

At this early stage, better nutrition and/or natural hormone treatment can return those problematic cells to normal, thus virtually eliminating any chance of cancer in the future. In addition, this is true for the 5 percent of women who have the BRAG gene, which dramatically increases the risk of breast cancer.

Why don't all doctors know about these nutrients? Would it have anything to do with the billions of dollars made by doctors, drug companies, mammogram manufacturers and the others who profit from allowing women to get breast cancer?
‍

As people age, there is usually an increasing concern about the retention of mental function. Yes, people are fearful of heart disease and cancer, but dementia and Alzheimer's are also at the top of the list because so many people know someone who has suffered with these illnesses. Moreover, people often feel that there are actually more "solutions" for heart disease and cancer than there are for mental illnesses.

What many people do not know much about is the genetic connection to diseases, such as dementia and Alzheimer's. There is a genotype known as apolipoprotein E4, or APO E4 for short. Individuals who carry at least one copy of the APO E4 gene are at increased risk of dementia and heart disease, and autopsies have revealed that nearly 85 percent of diagnosed Alzheimer patients who died carried the APO E4 gene.

As with the illnesses discussed earlier, the presence of a genetic influence like the APO E4 gene is not an absolute factor. People can actually be tested for the presence of this gene and then, if it is present, they can make diet and lifestyle changes to reduce their risk. Jeffrey Bland, Ph.D. in his book entitled "Genetic Nutritioneering" recommends a diet low in saturated fat and high in antioxidants found in fruits and vegetables.

These are just four examples illustrating the power of nutrition to prevent chronic disease, even when there is a strong genetic predisposition to that disease. There are literally thousands of scientific studies behind these nutritional protocols being used by a handful of brave, progressive doctors.

However, there are strong forces against this kind of health care in the form of uneducated doctors and various profit-focused sectors of our society, such as hospitals, pharmaceutical companies and the companies who make or use diagnostic equipment.

The food industry is also benefiting greatly from selling people food that is high in fat, sugar and salt. Governments are paralyzed and unable to address this crisis because politicians get so much money from these "special interests." So who can help to shift the paradigm away from our treatment-based, profit-motivated system to a prevention-based system?

The Carrot or the Stick? How about the Retirement Plan!

by
Scott Pooch
at