By
David Goldstein
,
at 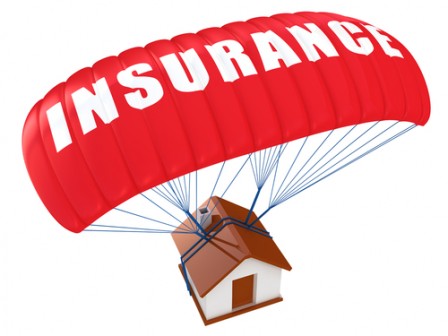 By
David Goldstein
,
at

The Affordable Care Act will have numerous effects on the healthcare industry. Most notably to insurance agents, brokers, Medicare and Medicaid patients. Healthcare Reform & Insurance Companies The Affordable Care Act (ACA) has meant big changes for premiums. Large groups with 100 or more enrollees must now spend at least 85% of their premiums on medical care.

If they fail to hit the 85% mark they will be required to offer rebates to their enrollees. For small groups the percentage for the rule is 80%. One major effect that this is going to have on the industry is going to be the commissions for agents and brokers. They will no longer be receiving the same commissions they have in the past as many may move to a one-time fee setup instead of in the past what they have seen which could have been a few hundred a month.
‍

These regulations are going to cause many people to lose their coverage as some insurance companies will be forced to shut down. These plans, called limited or 'mini-med' plans are lower cost plans which don't provide enough coverage to be considered 'essential benefits' under the new law. The effects will be a lack of coverage and higher premiums.

The elimination of these plans will lead to a lack of competition resulting in an increase in premiums and many without coverage. However, the Department of Health and Human Services (HHS) can provide a one year waiver to those plans whose elimination will cause a major disruption in their market.

In simple terms, a major disruption means a significant increase in premiums or a significant decrease in access to care. Currently about 900 companies covering 2.4M people or 2% of all those with employer sponsored coverage have received waivers from HHS to remain in business.
‍

Shareholders will be upset so the company will raise the cost of premiums to make up the difference.

Another interesting point to note is that the ACA has placed a new tax on executive pay to all those who work in the health insurance industry. Specifically, insurance companies will no longer be able to deduct the payroll costs of executives who earn over $500k a year. This means that the first $499k can be deducted but any earnings thereafter will be taxed at the full rate.

On the surface, this may appear as a way to keep costs down; however it will most likely have the opposite effect. The likelihood of finding a CEO willing to run a billion dollar company for less than $500k a year is very rare. Instead, that person would use their skills and talents in other companies where they will make more money.

As a result, insurance companies will pay these folks what the going market rate is for CEOs (well over $500k a year) and will incur a big tax hit for doing so. This of course will affect their bottom line; to offset that, the companies will raise the cost of premiums to make up the difference. Ultimately, it will be the purchasers of health insurance who end up paying for the extra payroll tax.
‍

There is currently 1 Geriatrician for every 2,700 Americans over the age of 75.

A major benefit for patients resulting from the ACA is that nobody can be denied coverage or care. In 2012, no matter how sick one is or how much cost they've incurred, they will have access to care. The law further mandates that those who are sick cannot be charged more than those who are healthy. As great as this provision is, it unfortunately removes the power of incentives which will create an economic inefficiency.

Meaning there is no longer a financial reward for becoming less sick and therefore requiring less care and thus less cost. Yes, the ACA does impose a fine to those who do not purchase health insurance, however those fines or penalties will be much less than the cost of health coverage. Since the ACA mandates that insurance premiums must be equal, insurance companies will have to raise the rates of the healthy to match those of the sick.
‍

The Effects on Medicaid

Many states are on the verge of bankruptcy due to the effects of the Great Recession. One of those in particular, high unemployment, is taking its toll on Medicaid. The reason is that as people have lost their jobs, they've also lost their health insurance leaving with no choice but to join their state's Medicaid program. To help alleviate some of this burden, part of the 2009 stimulus package provided short-term cash to the states, however much of that cash is now drying up.

As a result, 33 governors recently wrote to members of Congress as well as the Obama Administration asking for relief from many of the health care related federal mandates. For example, in California, Governor Jerry Brown is asking to cut $1.7 billion from his state's Medicaid program by limiting the number of visits to a physician to 10 per year.

Likewise, Arizona Governor Jan Brewer is trying to cut 280,000 people from their Medicaid rolls. These states simply cannot afford to continue in this manner. To make matters worse, more and more physicians are not accepting Medicaid patients. Because they get paid so little and are burdened with tedious paperwork, many of these doctors just don't feel that it's worth their time.

The problem further intensifies when an additional 16 million people will be added to the Medicaid system per the ACA. Without an extra capacity of providers, existing Medicaid patients will have to compete with new enrollees to get access to physicians. Most likely, these patients will continue using their local hospital's emergency room, which is costly to the system and inefficient for both patients and hospitals. Unless changes are made, in 2019 there will be 84 million people on Medicaid rolls costing $900 billion a year.
‍

Starting this year, the ACA will begin closing The Medicare Donut Hole, the portion of prescription drugs that Medicare beneficiaries must pay for. For instance, there are minimal out-of-pocket expenses on the first $2,800 for prescription drugs, then the 'Donut Hole' kicks in where the individual is on the hook for the next $3,600, and then relief kicks back in for all medications going forward.

For those who hit the donut hole in 2010, they will receive a $250 rebate from the government. In addition, Medicare patients this year will also receive a 50% discount on brand-name drugs in the donut hole.  The goal is that this donut hole will be completely closed by 2020. Another benefit of the ACA is that it eliminates all co-payments for preventive services to all Medicare patients.
‍

A growing concern for Medicare patients is in finding a physician who is willing to treat them. Since the cost of running a doctor's practice is increasing significantly and the payments they receive from Medicare is decreasing rapidly, many doctors are no longer accepting Medicare patients. In fact, about 25% of seniors looking for a primary care doctor are having trouble finding one that will see them.

The timing of this is unfortunate as this year marks the time when the first of the 75 million baby boomers turn 65 and thus start joining the Medicare system. If left unchanged, this will have severe consequences as the baby boomer generation has more health problems than other generations in the past. In fact, if this continues, Medicare will become insolvent by 2030 as more money will be required to be spent.

Another problem Medicare patients are finding is that there are less and less qualified primary physicians and geriatricians. The reason is simple; doctors in these specialties make less than those in other fields. If these trends continue, there won't be enough people properly trained to take care of an aging population.

According to the American Geriatrics Society, there are now 7,000 board-certified Geriatricians in the US.  That is 1 for every 2,700 Americans aged 75 and older. It is estimated that by the year 2030 this ratio will drop in half to 1 Geriatrician for every 5,500 seniors.
‍

Even though it is difficult to see exactly what the Affordable Care Act will mean for insurance companies and Medicare patients it is clear that lots will change over the next few years. It will be interesting to see how insurance companies will adjust without large commissions and what the system is going to do to prepare for the large number of seniors entering into Medicare.
‍

David Goldstein, President of Health Options Worldwide (HOW), has extensive experience in the healthcare industry.  HOW delivers a tailored network of global medical facilities within our technology platform to engage employees into bettering their health as well as reducing overall healthcare costs.  For more information visit Http://www.HealthOptionsWorldwide.com or contact David.Goldstein@healthoptionsworldwide.com .

by
Dr. Jonathan Spero
at

by
JJ Summerall
at