The Cost of Pharmaceutical Products used by Shift Workers (and Others Too!)

By
Betsy Connolly
,
at 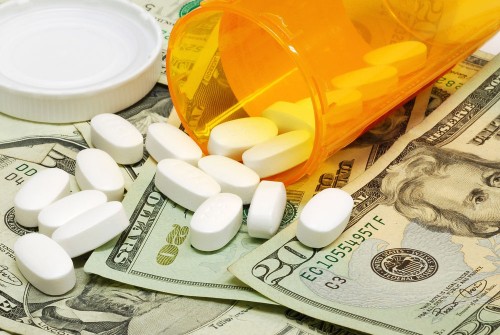 By
Betsy Connolly
,
at

President Obama has made the decision to tackle skyrocketing health costs and pass real health reform this year. While spiraling health care costs are regularly reported in the press and employers are certainly concerned, they are not always a household priority, unless the family doesn't have employer sponsored health insurance - which is becoming more common given all the recent company layoffs.

Most families are more likely to regularly lament over the increasing cost of food. And food has most certainly become more expensive. Over the past several years, U.S. food prices have risen faster than at any time since 1990. Prices for all food purchased in the U.S. increased 5.5 percent in 2008, and 4.0 percent in 2007, up from a 2.4 percent increase in 2006. But think of this: in 2007 the total U.S. health care bill came to $2.3 trillion - more than we spent that year on food. The United States spent approximately 16 percent of its 2006 gross domestic product on healthcare, up from eight percent in 1975.

Without reform, the Congressional Budget Office projects that health expenditures will increase to 25 percent of GDP by 2025. Health care spending among other rich, developed countries in the Organization for Economic Cooperation and Development averaged just nine percent of GDP in 2006. According to a report by U.S. PIRG, health care spending rose 56 percent from 2000 to 2006, versus an inflation rate of just 18 percent and wage increases of 20 percent. This forced employers to choose between reducing benefits, limiting pay increases and hiring fewer employees.

The PIRG report cites "unproductive spending: overuse of invasive treatments, intensive services, and hospitalization, excessive administrative costs, and prescription drug marketing that encourages the use of more drugs, more expensive drugs" as the main reasons for the excess costs. PIRG has some good points, but the fact is that our "healthcare system" is primarily disease-care driven versus prevention oriented. Life expectancy continues to increase but at great cost. Last year, 95 cents of every medical-care dollar went to treat disease after it had already occurred.

At least 75 percent of these costs were spent on treating chronic diseases such as heart disease and diabetes which are preventable or even reversible. 133 million Americans, representing 45 percent of the total population, have at least one chronic disease and chronic diseases kill more than 1.7 million Americans per year and are responsible for seven out of ten deaths in the United States. President Obama clearly has been educated about our prevention focused deficits. That's why he's seeking $684 billion over the next ten years for health care reform and he's said that a good percentage of this should go to preventative care.

So, what does this mean for shift workers and shift work employers? There are certain diseases that are more prevalent among shift workers than the rest of the population. While all employee populations are important, zeroing in on this group of workers will provide an employer more bang for their buck, meaning greater cost reduction return from prevention investment. While spending on doctors and hospitals makes up over 56 percent of our health care spending and prescription drugs account for only one-tenth of total health-care expenditures, what the drugs are prescribed to treat is easier to capture than what the doctors are spending their time on.

And since spending in the U.S. for prescription drugs was $201 billion in 2005, almost five times more than the $40 billion spent in 1990, it can provide a good window into recent healthcare trends. From 1997 to 2007, the number of prescriptions purchased increased 72 percent (from 2.2 billion to 3.8 billion), compared to a U.S. population growth of 11 percent. Looking at spending on drugs gives an interesting window into what diseases doctors are treating. Reviewing data from Drugs.com, approximately $156 billion was spent on prescription based pharmaceutical products in the U.S. in 2007.

This is what was spent on the top fifty grossing drugs (representing $80 billion or roughly half of the total spent) by focus of the treatment:‍

What should companies do to address these chronic health issues?

Meanwhile, researchers at Brigham and Women's Hospital in Boston continue to study ways to reduce the costs of prescription drugs. One proven method of cost reduction is the use of formularies, a pre-approved list of prescription drugs. In plans with formularies patients are charged the lowest co-payment for generic medications. Doctors using e-prescribing with formulary decision support increase the use of generic prescriptions by 3.3% (see December 8, 2008 Archives of Internal Medicine for this study).

The study estimates that the use of e-prescribing systems with formulary decision support could reduce prescription drug spending by up to $3.9 million per 100,000 patients per year. This material is provided for personal, non-commercial, educational and informational purposes only and does not constitute a recommendation or endorsement.

Betsy Connolly, the author is the President of Circadian Age, Inc., the publisher of the Working Nights Calendar. For 25 years the Calendar has been used by 24/7 workers to improve work-life balance. Employers purchasing the Calendar for their employees see fewer accidents and errors, reduced health costs and absenteeism rates, and increased productivity. The calendar is:

In 2009, Circadian is offering 3.5"x7" pocket calendars in addition to its 12"x21" wall calendars and their 12"x18" custom calendars (specialized to client specifications). They also offer a Creative Arts Calendar Contest which employers can use to further engage employees and their families in the importance of health and safety. Circadian also provides employee and management shift work training, posters and newsletters.

by
Judith Pinkerton
at