The Case for Quality

By
Justin Bellante
,
at 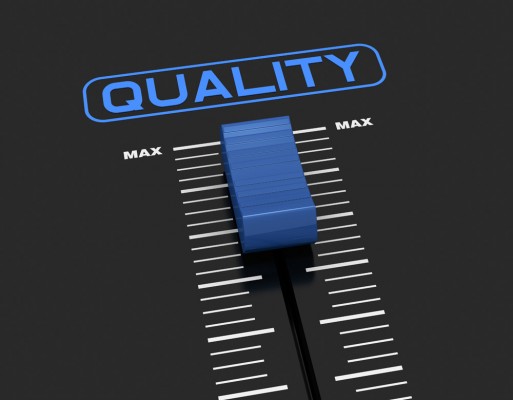 By
Justin Bellante
,
at

Quality is an overused word in healthcare circles, but the term is taking on new meaning as the industry develops more effective ways to measure performance according to carefully defined outcomes. The Centers for Medicare and Medicaid Services (CMS) developed the Five Star Quality Rating System to hold insurance companies and health plans accountable for quality, as well as to educate consumers by making the performance data more transparent.

According to the Congressional Budget Office, payment reforms for Medicare Advantage plans based on Star scores are projected to save billions of dollars in federal healthcare spending. One key aspect of healthcare reform is the shift from paying for procedures to paying for performance.

Health plans offering Medicare and Medicaid Services receive bonus payments according to their Star ratings, which are based on their performance measures. Higher quality equals higher compensation. One of the leading systems of measurement is the Healthcare Effectiveness Data and Information Set (HEDIS).

HEDIS and other Five Star Quality Rating Systems rate Medicare Advantage plans according to several domains. One of the most important of these domains is member compliance with preventive services such as health screenings, vaccines and chronic condition management.

To comply, health plans must identify members with chronic conditions and make sure they are getting the necessary treatment. They must also help members fulfill annual screening objectives as recommended by the United States Preventive Services Task Force (USPSTF).In addition to providing members with the preventive and chronic care that they need to stay healthy, health plans and Accountable Care Organizations must complete HEDIS and Star measures in order to sustain their premiums from the federal government.

Medicare Advantage Programs receive premium payments from CMS based on their adherence to 75 measures across 8 domains of care such as comprehensive diabetes care and colorectal screening. While the directive is clear, engaging noncompliant members is an ongoing challenge.

One specific example is iCare, a privately held organization that manages health plans for individuals with disabilities. Like most Coordinated Care Organizations, iCare receives Medicare Advantage premiums from CMS. Half of its revenue comes from CMS premiums, and the amount varies year to year based on compliance with HEDIS measures and their impact on Star ratings.

In addition to providing its members with the preventive and chronic care that they need to stay healthy, iCare has a financial responsibility to make sure that it completes the HEDIS and Star measures in order to sustain premiums from the federal government.

Meeting HEDIS and Star requirements often involves lab testing, so iCare decided to find an automated method for screening members who are out of compliance. The objective was clear: contact the members, help them to complete the necessary health screenings, and engage their personal physicians to interpret the lab results and provide necessary follow-up care.

Previously iCare was simply sending encouraging letters to providers and members to remind members to get screened for diabetes, colorectal cancer, heart disease and other chronic conditions. After conferring with BioIQ they realized that we could help to automate key parts of this process including physician outreach, lab requisitions, and results reporting.

During 2012 iCare launched two HEDIS/Star campaigns: one for colorectal cancer screening and another for diabetes and cholesterol screening. BioIQ ingested member data from iCare and integrated with a partnering laboratory network to create requisition orders. iFOBT test kits were shipped directly to members for colorectal screening.

A1c/cholesterol test kits that screen for diabetes and heart disease were sent to iCare's care management division for personal distribution to each member. Once the members completed the required tests, the lab partner processed the samples.

BioIQ generated lab reports for members and their physicians of record, along with aggregate reports and data files for iCare. This targeted, hands-on approach engaged members, linked them with their physicians, and supplied all necessary compliance data to meet Medicare Advantage requirements.

These compliance rates are especially impressive when you consider that iCare had already been trying to reach these members throughout the year. So, these were the outliers-the people who had not responded to our other entreaties.
‍

Beginning in 2013, CMS is launching a 3-year demonstration with progressive bonus payments based on Star ratings. The intent of the demonstration is to encourage plans at all levels of performance to work on quality improvement, and to test the impact of scaled bonuses on expediting year-over-year improvement across plans, in comparison to the health reform law payments.Based on iCare's initial estimates, bringing these members back into the circle of care will have a direct impact on iCare's Medicare premiums.

The BioIQ iFOBT campaign resulted in a 1-star jump in the initial, claim-based estimate of their star rating. This was the first direct population-based campaign that they had tried and they  were very happy with the results.Such increases in Star ratings directly impact the bottom line.

Medicare Advantage plans receive bonus payments based on their ability to meet these important benchmarks. According to CMS, payments made under the health reform law must be used for further improvements to the plan's quality or benefits. The belief is that as plans continue to reinvest in improving their offerings and develop a more attractive set of benefits than their competitors, they will have an advantage in attracting new enrollees-all while continuously improving quality.

This is a huge opportunity, not only for the plans, but also for the American healthcare system as a whole. The stakes have never been higher. Government subsidized health plans are responsible for a huge segment of the population. There are approximately 50 million total Medicare beneficiaries and 62 million Medicaid beneficiaries.

Engaging and testing non-compliant members within these pools is a win-win for everybody: the health plans will become more competitive, the members will improve their health, and the system as a whole will make the gradual ascent to a system based on quality and outcomes, which will ultimately reduce costs.
‍

“Corporate Wellness Should Not be a Fringe Benefit, But a Necessity in the Workplace” - Shawna Bowen, CCWS Graduate

by
Jeralyn Glass
at