By
Dr. Jeffery Gero
,
at 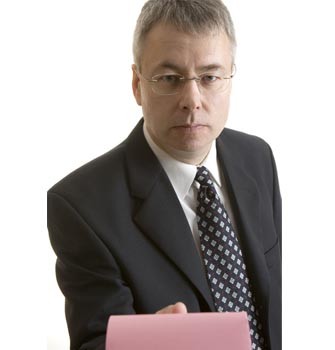 By
Dr. Jeffery Gero
,
at

We had you going there for a second didn't we? The Employer Healthcare & Benefits Congress, and Corporate Wellness Magazine are committed to bringing you HR and benefits solutions that actually work. Now that we've all had a good laugh, please read the article below to discover what you really need to know!

‍Register for the Employer Healthcare & Benefits Congress from September 25 - 28, in Washington D.C. for the real information, no joke! In a rapidly changing economy, corporations may have to reduce the size of the full-time workforce. Corporate downsizing and the widespread effects of this organizational change are commonplace today.

Most companies, however, do little to prepare their employees or help survivors deal with their attitude and emotions following the cutback. Survivors of reduction in force (RIF) have many psychological challenges to overcome, which is called the Survivors Syndrome.

Often they experience increased stress, decreased motivation, reduced performance with extra workload, distrust and experience the emotions of anger, sadness, guilt, insecurity, fear, distrust cynicism, resentment, and anxiety within themselves and among their coworkers.

The British Medical Journal reported that workers in departments with the most downsizing suffered twice the normal death rate of a heart attack and stroke. Some survivors (36 percent) reported having health problems that they felt were connected to the increased tension at work which included sleep disturbances, irritability, and headaches.

Other survivors noticed that they and other coworkers took more sick time than they usually used both during and after the downsizing. Several survivors found that activities such as yoga, jogging, working out, and gardening helped them to take their minds off work. Unfortunately, at a time when communication is most needed, existing communication systems often break down for fear of legal issues.

Rumors circulate wildly which further increases confusion. Survivors commented that communication from the organization decreased as downsizing proceeded. One study found that there is a strong need for top-down vision combined with bottom-up input. In one company, failure to communicate plans created the impression that senior managers did not know what they were doing and did not respect employees.

A large company called me in to help with the stress and sabotage that was resulting from downsizing. When I interviewed employees I asked, "How did you find out about the reduction?" The answer was, "I read about it in the newspaper." Not a good way to find out that you lost your job.

Management needs to recognize and deal with the emotional upheaval of survivors and their stages of grieving for losing friends. It is also important to recognize the vulnerability of employees who fear that they may be next also realizing they have no job security. Another significant concern is that survivors' relationship and attitude toward the organization may change.

Research shows us that survivors and the organization benefit greatly when employees see that their organization was concerned about worker well-being. The grieving, emotional distress and costs from downsizing could be reduced with the proper attitude and recognition of the impact on survivors.

When leaders are perceived to be concerned about employees and, to be honest, competent, and reliable, employee trust is enhanced. Survivors expressed anger and increased stress when supervisors failed to provide direction, support, and information that employees needed. Don't forget that supervisors are also under the emotional strain of having to lay off employees whom they may have worked closely with for years.

They may also be demoted or transferred to another department and have to learn new skills. Change causes stress. Many negative effects of downsizing and bottom line can be reduced with the proper planning and implementation. In addition to individual coaching, participants in one study were very positive about coach-led group workshops in which they had the opportunity to discuss and validate their emotional reactions and set new goals.

Survivors will also react to the way the organization treated their colleagues during the layoffs. Fair and sensitive treatment was reassuring to survivors. Unfair or insensitive treatment generated resentment and anger. The perceived integrity of the downsizing process can either destroy or build new loyalties. Planning for survivor's motivation and nurturing are valuable elements that will make downsizing psychologically successful.
‍

Dr. Jeffery Gero is a pioneer in the field of stress management and the creator of the Success of Stress System. For over 30 years, Dr. Gero has worked with many organizations and individuals dealing with a variety of stressors. He delivered the first stress management program for the California Department of Corrections at San Quentin Prison. He assisted the Los Angeles Times with the stress surrounding the 1984 Olympics and helped JPL (NASA) deal with the stress of the failure of the Mars Project.

Several of his clients include General Motors, Sheraton Hotels, Dept of the Army, Xerox, Amgen and Dole. Dr. Gero coaches athletes and individuals to enhance their performance. He is also a former director of the Health Awareness Institute and the Stress Management Institute of California.

‍Dr. Gero co-wrote and co-produced a relaxation and stress management video hosted by Dennis Weaver, has produced a variety of stress management and peak-performance CDs and has authored a manual for individuals to implement his Success Over Stress system.

He has appeared on many TV and radio programs, has co-written two screenplays, and recently completed writing a book entitled Secrets to Success at Work. Several years ago Jeff was granted a United States patent for a computer biofeedback mouse that helps reduce stress while enhancing productivity.

GO HAPPY... It Brings Motivation and Productivity into Companies

by
Elizabeth Finney
at

The State of Wearables in the Workplace