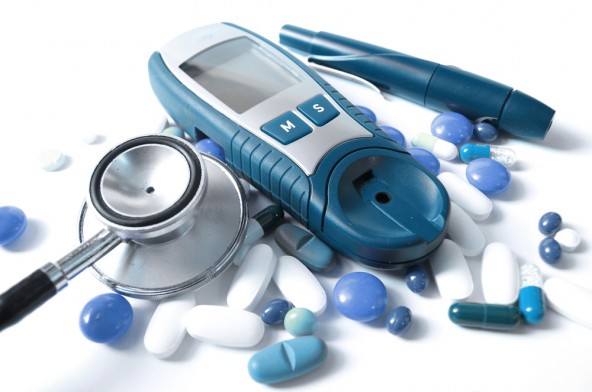 Everybody needs sugar in their diet, primarily for providing our cells with the energy they need to do their jobs. Insulin is also very important because it is needed to escort sugar into our cells via the insulin receptors on each of our cells. However, a serious problem can be created if there is too much sugar or insulin in the body.

‍Too much sugar: Excess sugar circulates in the body causing oxidative damage to arteries, nerves and other cells. This leads to diabetes, heart disease, arthritis, brain disorders, blindness, amputations and even cancer.

‍Too much insulin: Excess insulin causes the insulin receptors on our cells to lose their sensitivity, which means cells cannot function properly and sugar circulates doing its damage. In a normal, healthy person, only one unit of insulin is needed to help10 mg of glucose to enter into a cell group.

As cells lose their insulin sensitivity, more units of insulin are needed to get glucose into cells. Eventually, it may require 10 units of insulin to get 10 mg of glucose into a cell group. This is called hyperinsulinemia. When this occurs, the body's response leads to elevated triglycerides, low HDL cholesterol, Type 2 diabetes and obesity.

Insulin in excess can also impair sodium balance in the body, leading to high blood pressure (hypertension). Too much insulin can also harm the kidneys and the vascular system. In addition, insulin is a catalyst for cell growth, which can increase the risk for certain cancers. High insulin levels promote the formation of beta amyloid in the brain cells. This has been recognized as a causal factor in Alzheimer's disease.

Overproduction of insulin has also been associated with prostate enlargement, and thus prostate cancer.  In one study, people with hyperinsulinemia were at twice the risk of dying than people without hyperinsulinemia. In spite of these amazing facts about the danger of high insulin levels, it is almost never included as a regular part of blood diagnostic testing by insurance companies. Why not?
‍

The Cause of High Insulin Levels

This can cause a serious spike in sugar levels, which in turn causes the pancreas to produce high levels of insulin because sugar is not allowed to be in the body by itself. At least that is not supposed to happen.

It does happen if the pancreas cannot make insulin quickly enough, or if the insulin receptors on our cells become exhausted and cannot take the insulin and glucose into the cell in an efficient manner.
‍

How Much is Too Much Sugar?

The level of sugar in the body is usually measured after fasting for 12 hours and can be either a total sugar reading or an AIc reading. Most doctors use 100 mg/UL as the beginning level for pre-diabetes with levels above 120 mg /UL constituting diabetes. In reality, these levels are too high. Fasting glucose or blood sugar levels should be less than 85 mg/UL, and even then, problems can exist.

AIc levels of 5.7 or above are said to be problematic. AIc measures the amount of glucose that has attached to hemoglobin over the past 3 to 4 months. Hemoglobin is a protein in blood that can become modified or glycosylated when exposed to glucose.

It is this level of exposure over a period of time that supposedly gives doctors an even better picture of glucose levels than the total glucose level test. However, even the AIc test is flawed because the amount of glucose consumed over the past 30 days may dominate the reading and it still requires 12 hours of fasting, which can lead to deceptive analysis.
‍

A far better test than either total glucose or AIc is probably the post-meal glucose challenge test. In this test, readings are taken for three hours after a meal. This measures the rate that glucose increases, as well as the rate that it declines after eating. This provides a much more accurate picture of how efficient the pancreas is at making insulin, as well as how efficient the insulin receptors on the cells are at taking insulin and glucose into the cells.

Because all meals are not equal in their level of sugar and starch, it is actually better for someone to fast for twelve hours and take some baseline readings of insulin and glucose. Then the doctor provides a glucose solution to drink with 75 mg of glucose.  Every 30 minutes new readings are taken for glucose and insulin. Ideally, fasting glucose levels should be 85 mg/dL and fasting insulin levels should be 5MIU/ml (micro international unit per milliliter).

The post meal glucose tolerance test is the best because it provides the most timely and accurate measurement of your bodies ability to react to the presence of glucose. A person could have normal readings of total glucose or AIc levels but still be suffering blood sugar damage due to high glucose levels after a meal. In fact, someone could have good total glucose and AIc readings for 5 years before a fasting blood test would register at a high level.

The blood glucose tolerance test will not allow this to happen because it will immediately measure any difficulty the body is experiencing in the processing of sugar. In fact, insulin levels will increase before glucose levels will. That means that a potentially diabetic person can see their risk 5 to 7 years before the total glucose or AIc test will see anything, and, the earlier this situation is found, the easier it is to reverse it.

Less pancreatic cells will have been damaged and fewer insulin receptors will have suffered reduction in their efficiency levels. The health benefits and the cost savings possible from the use of the glucose tolerance test are astronomical.
‍

It has been estimated that over 90 percent of the population consumes too much sugar and starch. This may be the number one health challenge facing our country. Here are some of the best strategies for addressing this very serious health challenge.

This reduction of sugar or starch consumption will not be easy for most people to achieve and one of the reasons is that many people are actually addicted to sugar. There are very strong cravings generated in the brain due to the demand for neurotransmitters such as dopamine or serotonin. The body, and especially the brain, needs certain nutrients to make these transmitters.

Here is a list of the most commonly craved foods and the nutrients actually needed by the body and the brain. Amino Acids + Methylation B Vitamins = Neurotransmitters

This basic formula can be expanded to cover specific foods that we crave, what the body really is looking for and which foods can best satisfy these needs.  These cravings are mostly in the brain, but can be caused by nutritional deficiencies throughout the body.

by
Pete Desai
at