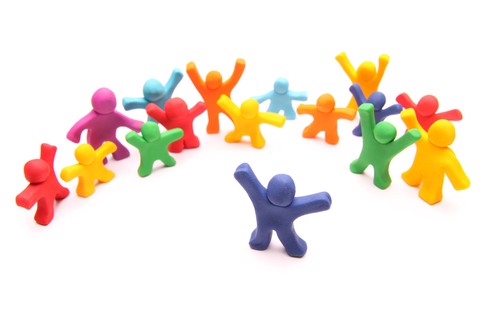 It doesn't matter if someone is managing a nation or a four-person professional service firm; leading like a dictator leads straight to the gutter.Dating as far back as anyone can remember, history has provided us with countless examples of dictators being overturned by "the people." Most recently, we've watched the upheaval in the Middle East, spurred on by the not-so-early exit of Egypt's former leader Hosni Mubarak.

After thirty years of rule and pocket full of cash about a third as big as Egypt's entire GDP, there were riots in the street and the dethroning of a ruler. While this is an extreme example, on a large scale, with tons of publicity, it doesn't mean that the lessons seen here don't apply to business management.

Take for example Jack Griffin, the former Chief Executive of Time Inc. The NY Times reported that employees described his leadership style as "brusque" and that he created an unworkable office culture for the Time Inc. team. He implemented "swift and sweeping" changes without communicating his purpose well and undermined his team's confidence in their abilities.

Although it would be a stretch to classify Griffin and Mubarak in the same category, it is reasonable to assume that Griffin was an inflexible leader. Consequently, in February, Griffin was forced out of Time Inc. after less than six months in office. These examples are more common in business than most people think.

In fact, from 2000 to 2006, one in four CEO tenures ended in forced dismissal, a rate of almost four percent annually according to Fortune magazine. While not all of these dismissals resulted from the boss being overly inflexible or too demanding, the fact remains that these dismissals do happen, and they happen when employees and coworkers are unhappy.

And make no mistake; leading like a dictator is one of the fastest ways to foster workplace discontent. The good news is that managers no longer need to wait until they get a pink slip to find out that they've been leading like dictators. Instead, they can just review the list below of the "Six Signs You're a Dictator."

If three or more signs apply, then it's time for some serious changes in leadership style.
‍

Six Signs You're a Dictator

By running a business like a dictator, leaders create toxic jobs, stressful workplace environments and begin to carve out a legacy that even suppliers are ashamed to be involved with. However, by recognizing and actively addressing leadership deficiencies before disaster happens, employees are usually receptive to leaders who make a genuine change.

Trust and respect are the most essential ingredients to develop healthy leader-follower relationships. An effective boss needs to value positive social relationships in the office and nurture his or her employees to become self-directed individuals who will produce their best work, not because their boss threatens them, but because they want to.

Employees need to be treated with respect, shown appreciation, and given recognition from their leaders to maintain engagement in their work. Just remember, idle threats and paychecks may be enough to get one task done, but in the long run they don't come close to motivating employees the same way trust and respect do.
‍

Keith E. Ayers is President of Integro Leadership Institute, a global business, management, and leadership consultancy firm with offices in Australia and associates located around the world. He is the author of Engagement is Not Enough (Elevate 2008) which show leaders how to create an organization of passionate workers in pursuit of a common purpose. For more information visit www.integroleadership.com.

by
Blake Cohen
at
Recovery Unplugged

Wellness Programs are not just for the Big Companies Anymore!

by
Scott Leavitt
at

by
Kevin Renner
at