Should Your Shareholders Know the Weight of Your Employees? 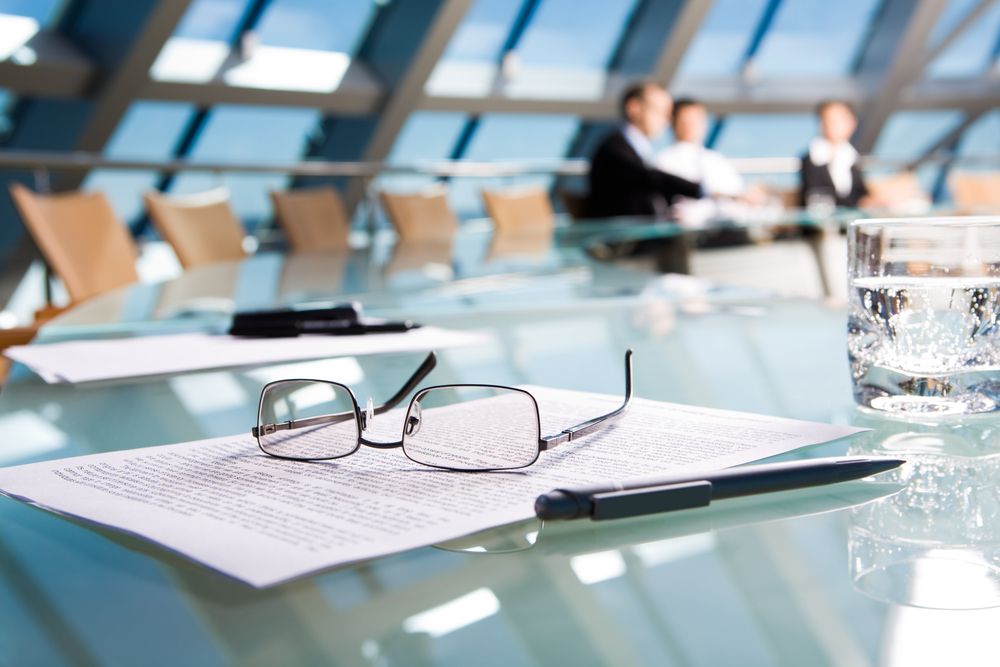 A group of companies, led by Vitality Group, Johnson & Johnson and PepsiCo, recently proposed that publicly traded corporations disclose their employees' collective weights, cholesterol and glucose levels, and stress and depression. These companies have been supported in this effort by retained researchers from the T.H. Chan Harvard School of Public Health and Johns Hopkins Bloomberg School of Public Health.
‍

The proposal is based on the notion that shareholders want to see how many overweight/obese employees work at a company, and what companies are doing to reduce that figure, because companies with fewer unhealthy employees and more robust wellness programs will outperform the averages.
‍

No surprise considering the cachet of this self-described "working group," this proposal has received widespread coverage, including The Wall Street Journal[i]  and the new healthcare daily, STAT News.[ii]
‍

Financial reporting to shareholders is a far more complex issue than anything your wellness initiative now faces. Many questions need to be answered, in conjunction with the Chief Financial Officer (CFO), before your company decides to pursue this disclosure. This article poses some of those questions, along with thoughts about what might be considered in answering them.
‍

Does this information matter to shareholders?

Disclosing anything to shareholders and the analyst community is an important decision. Publicly disclosed material goes through multiple layers of compilation, editing, and review. It carries the potential for liability if it is inaccurate. The importance of the decision is magnified because It creates shareholder expectation of disclosure in future years.
‍

Further, specifications for disclosure will likely be required, even if disclosure remains voluntary, and those specifications must be met. Vitality's David Yach, the primary advocate of this disclosure, says he hopes to involve auditors, which will also add time and complexity. (Currently there are no specifications at all for wellness outcomes reporting.)
‍

Most importantly - this will be discussed at length - there is a significant cost to disclosure. So the question: "Will disclosing this information increase our stock price?" becomes paramount.
‍

An article was recently published in the January issue of the Journal of Occupational and Environmental Medicine[iii] concluding that over a 14-year period, a portfolio of companies with award-winning wellness programs significantly outperformed the averages.

Other things equal, this result would indicate that - assuming your wellness program is truly of an award-winning caliber - shareholders would reward your company with a higher stock price.
‍

If you pitch this disclosure to your CFO as a means to raise your company's stock price, he or she is likely to ask you about the composition of this hypothetical portfolio tracked in the article. An undisclosed limitation of that JOEM study was that the portfolio was heavily weighted towards healthcare stocks.

Healthcare stocks significantly outperformed the averages as a group over the period in question. The study did not use "sector indexes" as benchmarks. In unbalanced portfolios, benchmarks make a big difference in determining relative performance. Consider the four national health plans.

Let us assume, though, that weight information is something that shareholders want to know. That information becomes a two-edged sword. What if they don't like the answer?  Would shareholders and analysts then pressure you into doing more wellness or firing/not hiring overweight personnel?
‍

What are the internal costs of disclosing this information?

Outside the finance department itself, employees are usually shielded from the preparation of shareholder reports, for confidentiality reasons among other things. In this case, employees would be front-and-center. If you already screen your employees, direct compliance cost should be low.

If you don't, your costs of complying will be at least $50/employee, the approximate cost of screening itself. This $50, of course, excludes the cost of oversight, auditors etc.
‍

Along with the financial costs is a human cost. You would be weighing your employees using the justification, in as many words: "Shareholders want to know how fat you are."  You have to consider the morale impact of that conversation in general.
‍

In addition to the general morale impact, what if the stock price falls coincident with this disclosure? How would it feel to be an obese employee if other employees - with options or perhaps shares in their retirement accounts - view your mere presence as dampening their own net worth?
‍

How would we measure the weight and other employee health metrics in a way that is meaningful to shareholders?

If you are going to do this at all, it has to be done in a meaningful way - and, as mentioned, there will be specifications at some point. Absent meaningful specifications, disclosure loses all value and could negatively impact company credibility. How many employees would you have to weigh?  What metrics for weight would you use?

This is much harder than it sounds. For instance, Vitality Group - a prime sponsor of this initiative - showed a reduction for its own employees in "cumulative" waist size of "210 inches" while average body mass index (BMI) increased. Which of those metrics should shareholders care about, and what if they move in opposite directions?

And if a sponsor of this initiative, itself a wellness company, reports seemingly contradictory results, how can non-wellness-companies expect to report results that don't raise more questions than they answer?
‍

This "working group" of companies has also proposed that employee stress be disclosed to shareholders. Stress is a metric whose disclosure should be approached with great caution. First, how would you measure it? One wellness company, Keas. tried, and failed.[iv] If a company specializing in stress management can't measure stress, how can you be expected to?
‍

Second, reporting stress creates a self-fulfilling prophecy. If employees are told that their stress needs to be disclosed to shareholders because high levels of stress would impact the stock price, wouldn't they either lie about their stress levels or pretend they aren't stressed?

If stress became a performance indicator for supervisors, wouldn't they pressure their direct reports to understate their stress? All of those likely reactions could themselves increase stress levels.
‍

Finally, the group proposes disclosing levels of depression. In this case, there is probably a clear answer: just say no. It would be impossible to estimate the number of depressed employees in a manner accurate enough to withstand an audit.

The task of determining who is depressed would involve highly intrusive and costly assessments by others, or else self-assessments that almost beg to be completed with misinformation. Many employees who are depressed don't know it and others aren't going to admit it.
‍

What long-term consequences can we foresee?

Vitality told the Wall Street Journal that they want more companies doing wellness, and sees this disclosure process as a means to that end. Do you want to do more wellness using outside vendors such as Vitality? Do you mind an annual auditing process checking up on your department?

What if you want to roll back, end, or replace your conventional wellness program with something else someday? Will the prospect of disclosing this change or strategy tie your hands or require C-suite involvement?
‍

The "end game" appears to be making these disclosures mandatory, as any metric involving shareholders and self-reporting can't stay voluntary for long. Ultimately you, and your counterparts in other companies, will have to collectively decide whether you want to raise the visibility and results of your wellness initiatives -- and your workforce body mass index and stress levels -- to the point where the ultimate decision-makers or decision-influencers become outside shareholders and security analysts.
‍

Al Lewis, formerly a stockbroker and securities analyst who taught securities market economics at Harvard, is currently CEO of www.Quizzify.com, an employee health education company that uses a " meets-health education-meets-Comedy Central" approach to achieve its tagline: "To create a culture of health, create a culture of health literacy." Al is also author of the award-winning trade bestseller Why Nobody Believes the Numbers: Distinguishing Fact from Fiction in Population Health Management and "troublemaker-in-chief" of the blog www.theysaidwhat.net.

Wellness by the Channel: Global TV and Insight About Personal Health

by
Tan Tran
at

The Legal Case for Corporate Wellness