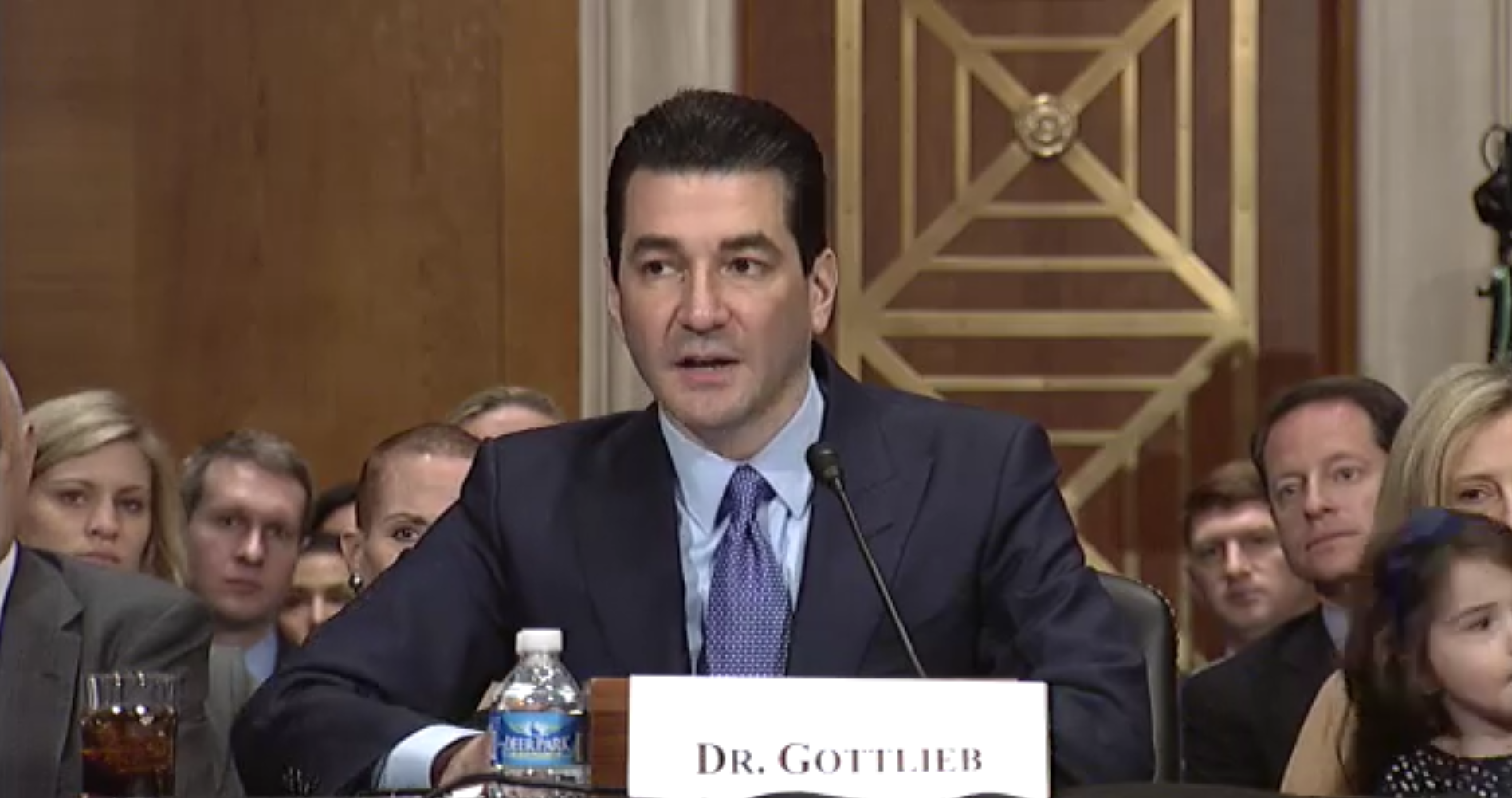 On Tuesday, the Senate confirmed Dr. Scott Gottlieb as commissioner of the Food and Drug Administration (FDA) in a 57 to 42 decision, mostly along party lines. The decision is not without controversy. Dr. Gottlieb has had close ties to the pharmaceutical and biotech industries that he is now tasked with regulating.

He has been a frequent speaker and consultant to many pharmaceutical companies and has served on the advisory board of companies like Takeda and GlaxoSmithKline. He is also an investor in the industry through the venture capital firm New Enterprise Associates and the investment bank T.R. Winston & Company.

Between 2016 and the first two months of 2017, Dr. Gottlieb earned $645,000 via his association with drug companies. Because of these close ties, Dr. Gottlieb has promised to divest from his health care holdings and recuse himself for one year from decisions involving these companies. This was not enough to bring some to satisfy everyone.

"He has not convinced me he can withstand political pressure from this administration, or that he will be truly committed to putting our families' health first," said Patty Murray, a democrat from Washington during floor hearings on Tuesday.

"I've grown increasingly concerned about whether he can lead the F.D.A. in an unbiased way, given his unprecedented industry ties." Dr. Gottlieb has had previous experience working at the FDA. During the Bush administration, Dr. Gottlieb held various positions in the agency, including deputy commissioner.

He is expected to be a reformer of the FDA. He is an advocate for faster FDA regulation, which he can accomplish while establishing the 21st Century Cure Act, a bill signed by President Barack Obama.

He has also supported putting a halt to drug imports from outside the U.S., due to price and safety concerns. A move that puts him at odds with the Trump administration. He would also likely seek to lessen the regulation of off-label uses for drugs and medical devices. You can watch Dr. Gottlieb's confirmation hearing in its entirety here.

How these changes affect drug costs, one of the largest cost concerns for health plans will unfold in the coming months, but you can help your employees' health in the meantime with corporate wellness certification.

Why New Year's Should Be A Time for Corporate Wellness Resolutions

by
Mark Verstegen
at