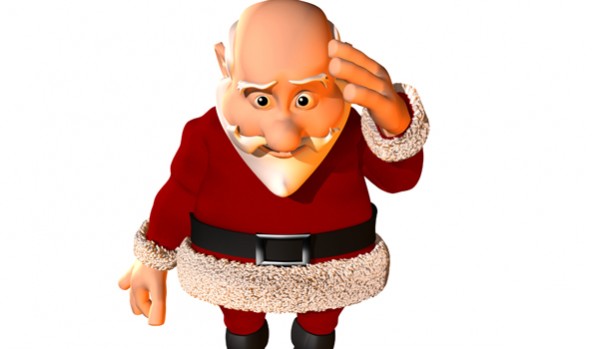 The holidays are among us. There is nothing like the smell of pine from your Christmas Trees, holiday cheer in the air and the return of Starbuck's Peppermint Mocha.  We also can't forget the ridiculous lines outside of Apple for the new iPhone, confused and frightened seasonal staff at Target and the return of your carpal tunnel from one to many Amex swipes

‍During this chaotic time of year, I think of the employer and the employee.

With the end of 2011, comes a time of uncertainty and change for employer healthcare. The challenges an employer must face and the reality an employee should anticipate is enough to make anyone wish Santa would stay in the North Pole.

Speaking of ol' Saint Nick, Santa is not just a joyful gift giver for children. Santa is an employer, a boss; C.E.O of "Workshop, Inc." If we step outside the realm of thinking Santa is simply for the holidays and consider him as a year round entrepreneur with overhead and employees, we can relate to his fears coming ahead in 2012 and into the future for 2014.

Media headlines instill fear in healthcare coverage with words such as, "Big" and "Change." This kind of buzz has most certainly reached Santa's Elves, dedicated employees over at "Workshop, Inc" for centuries.

Like many companies facing rising medical costs and new expenses tied to healthcare reform, Santa will consider steps such as charging higher contributions for dependent coverage and dropping retiree accounts to reduce bottom lines in 2012.

A report from Human Resources Consulting firm, Towers Watson, found that more than a quarter of companies polled plan to drop retiree health plans in 2012 for some employees. Picture it - faithful Elves of Santa, employed since the slinky and pet rock were in production - in jeopardy of potentially losing retiree health plans.

Santa has a lot to consider with his current benefit offerings to Elves. With critique from Mrs. Clause, without a doubt he could also raise employee contributions for dependents and impose penalties and surcharges on ineligible spouses.

The Elf, with his child fresh out of college and a permanent resume on CareerBuilder, will pay more than ever for his family to be covered. If this doesn't slow down toy production, I don't know what will.

On trend with other employers, Santa may also take an interest in the well-being and health of his employees to reduce cost. The Towers Watson Report found that despite the large plunge into Corporate Wellness Programs, engaging employees in voluntary disease management, smoking cessation and weight loss programs is still challenging.

To protect the wellness investment, companies may have employees complete a health risk assessment as a requirement to receive health benefits. With this newfound interest for the Elves to stay healthy in order to maintain health coverage, the assembly line can thrive, potentially putting Toys R Us out of business.

Perhaps with the success of his wellness program in 2012, maybe Santa can lead by example Kris Kringle has more on his cookie plate than simply December 25th.  Along with the thousands of American companies, he has to consider his financial future in 2012.

In turn, his Elves, like the millions of American employees receiving health coverage by their employer, have legitimate fears for the future of their health and well being.Rest assured, whether you are the "Santa" or the "Elf," Benefits Live will continue to dedicate focus, inform and educate our readers on everything you need to know about employer healthcare in 2012.

Making Nutritious and Delicious Food: The True Meaning of Wellness

by
Sequioa Cheney
at

How to Save on Healthy Foods for Your Employees

by
Les C. Meyer and David Kirshenbaum
at