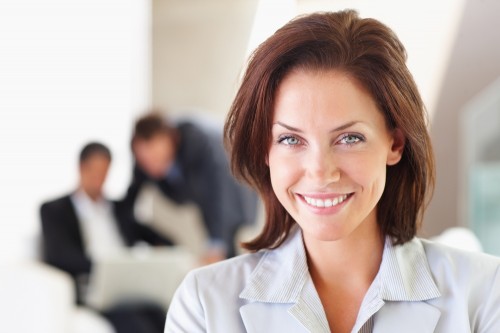 As I sat watching the Tour De France (yes, I am one of the six Americans who find the Tour fascinating and inspiring!), I was amazed at the amount of advertising that was involved with the event. Every possible visible space, from team cars and RV's to promotional hats and t-shirt, the banners along the race route and at the start/finish lines and especially the riders! From the ultra bright Lycra spandex to the corporate logos covering every stitch, I found myself mesmerized, looking at the butt logos since the most prominent camera angle was provided by a motorcycle trailing the lead riders.

You were completely bombarded by the advertisers who foot the cost of this huge event. You would think that a logo on the buttocks would be a negative representation for an image a company is trying to convey but on these 2-wheeled human-powered versions of NASCAR, it strangely worked! This led me to think about just how much the identity of your company attracts or repels possible customers and employees. If the European version of Madison Avenue has deemed that derriere logos are effective, then this should make you think of what opportunities you have been missing to spread the positive image of your company.

As the economy continues to fizzle along, there tends to be a tightening of the purse strings in all departments. Money that was readily spent on salaries and perks usually becomes one of the first casualties. How do you attract top talent to your firm if you can't throw money at them? You give them other incentives to choose your company that they can't get in a competing firm and a reason to make them want to stay once the economy rebounds and salaries become competitive again. You provide company based wellness incentives that extend outside the walls of your office and permeate in to the surrounding community.

You make those on the outside want to get inside. You show the local Chamber that there is more to your company than ledger sheets and widget output. You become involved in outside athletic events. Now, this does not mean that your company can purchase the naming rights for the new 45,000 seat baseball stadium in the city of your home office. If you can, more power to you! It does mean, however, that you can certainly become a lower level sponsor to local events that happen just about every weekend or bi-weekly in just about every community nationwide.

The easiest way to begin getting your company involved in these local events is to sponsor a team of participants from your office. From the smallest accounting firm to the largest industrial manufacturer, there are always enough people employed to form some type of athletic team. Sometimes, as few as two members are all that are needed for a 5k (3.1 mile) event. Three is the magic number for a triathlon team - and I am not talking about Iron man distance either! You can train in as little as six weeks and have a respectable outcome in a sprint distance triathlon race.

Five or more willing souls on your team will get you involved in those hilarious and somewhat entertaining corporate fitness challenges - the ones that usually involve games that you played in grade school or summer camp and make you look like you have never performed a physical movement in your entire life. Great photo opportunities for the company newsletter! Find a charity that has special meaning to your organization. Every community has a cancer awareness event (ranging from a 5k to a three day event) or March of Dimes.

There is probably someone in your office who has personally faced some illness, or who has had a loved one afflicted by a deadly disease and by forming an in-house team to solicit donations and train for an event is a wonderful way to show solidarity with that employee and foster a positive reputation in the community. The more employees that become involved with the event, the more a healthy mindset snowballs in the organization. Before long, employees are scheduling before-work or after-work training sessions, team trips to healthy restaurants (or invites to these restaurants to cater in-house lunches for the entire company!).

It becomes much easier to get the less than active employees involved when there is a sense of peer participation. I personally know of one former client that I had to practically beg to take a 15 minute walk a few times a week with her dog. No matter how much statistical data I could throw at her touting the health benefits of light cardiovascular training, nothing seemed to make the light bulb over her head stay illuminated. Then one of her co-workers was diagnosed with breast cancer and a few of the women who worked with her on a daily basis decided to organize a team for a three day breast cancer walk.

They talked my client into joining them and three months later; she was down nearly 20 pounds and was taking two hour walks several days a week in preparation for the event. By the time the event rolled around, their team roster had swelled to nine co-workers and collectively raised around $10,000 in donations for the cause. A local cable news station and a newspaper did feature stories about the team and the support they received from their company. In other words, the company received priceless advertising and positive publicity for just being supportive of a great cause.

For the other five of you who watched the Tour De France this past month, you were certainly aware of the coverage that Lance Armstrong was receiving for his amazing return to the toughest long distance event in the world. What was wonderful about the amount of coverage he received was the untold millions of dollars in free advertising his charitable organization Livestrong received. He even wore a slightly different colored helmet than those of his team mates (his was black and yellow as opposed to his team mates helmets which were light blue and yellow) so that his trademark yellow logo would stand out even amongst the crowd of 180 riders on brightly colored bikes and in visually blinding jerseys and shorts.

I would love to find out how much additional donation dollars were raised just for the period of July 4th- July 26th, 2009 but I am guessing that it is probably in the millions of dollars. Not a bad coup for a great charity and indirectly, Nike, his corporate sponsor.So, your mission for the month is to figure out just what button to push that will fire up the passion of the employees, attract the altruistic nature of the CEO and CFO and begin to establish a long term relationship with your community that will symbiotically strengthen your identity.

If that sounds like a near impossible task, just remember that the only truly worthwhile pursuits in life are the ones that are the most difficult to obtain. Good luck and we will chat again next month!

Phil A. Lalli; BA/APFS, a native of East Northport, New York, is a Fitness Consultant and Professional Fitness Trainer. He currently resides in Tampa, Florida with his wife Bonnie and when he is not wearing brightly colored spandex while pedaling his 3 speed Huffy, he spends his free time with their 2 whippets who are part time pet therapy dogs and full time 38 mph couch potatoes. Questions, comments or suggestions? Phil can be reached at fitnessprofessional4@gmail.com

How I Applied Agile Principles to Improve my Mental Well-Being

Is your organization ready for a new viral outbreak? Here are 4 things to help you prepare.