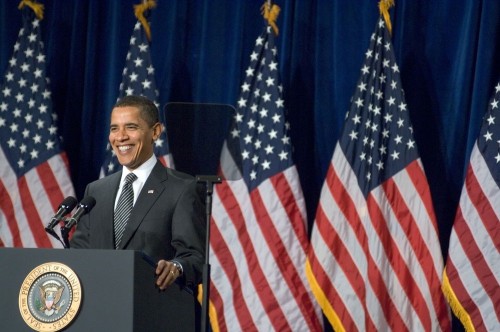 The part that bothered me was that the White House Press Secretary made a joke out of it and President Obama's eating habits. He stated that it was the White House Chef's fault and that "you guys think he eats carrots and celery and there is more cheeseburgers, fries and pie then you previously knew."

President Obama also said, "I just have to say no to desert more often." Wow! I don't know about you, but if I had a personal chef serving me twenty four hours a day who is willing to make me whatever I want, I would be eating healthy and certainly not cheeseburgers, fries and pie.

I think the White House has sent the wrong message to the public, saying that it is totally acceptable to eat unhealthy foods, especially if you are busy. President Obama could have turned the situation around with the not so positive results by making it into a call for eating and living right and give encouragement for other Americans.

It was released that Obama's doctor who did the physical also said President Obama has to say no to cigarettes. In response to all of this the White House Press Secretary promised that President Obama will show more "Presidential Restraint." I feel for President Obama. I think being President is a thankless job, where you are constantly criticized, working harder than any other person in the country and under tremendous pressure.

I am not criticizing Obama as a person, just the way it was handled and the lost opportunity for the message that could have been delivered. I also think our President is a sign of the average American and how the majority of Americans are no longer healthy in the way they eat. This is a major contributor to a lot of the health problems we have today in America.

Where do we go from here as a country? To see the ABCNEW's video on President Obama's physical and the results go to http://abcnews.go.com/Health/WellnessNews/president-barack-obamas-checkup-doctors-scrutiny/story?id=9982428
‍

While running the healthcare administrator Mr. Edelheit started to implement the first corporate wellness programs there through many tools such as health risk assessments, tele-medicine, e-health and many more options. Mr. Edelheit has been featured or mentioned in hundreds of media publications and in February 2008 was featured as a visionary in US healthcare by Executive Managed Healthcare Magazine.

Mr. Edelheit also organizes the Corporate Wellness Conference which is the only dedicated national conference on corporate health and wellness in the country and which targets employers, health insurance agents and large consulting firms. Mr. Edelheit is also an attorney. Jonathan Edelheit may be contacted at info@cwm.corporatewellnessmagazine.com

by
Dr. Phil Smalley
at

Why You Need to Promote Occupational Health

by
Ben Walker
at