Managing Stress is Especially Important for Those with Cancer 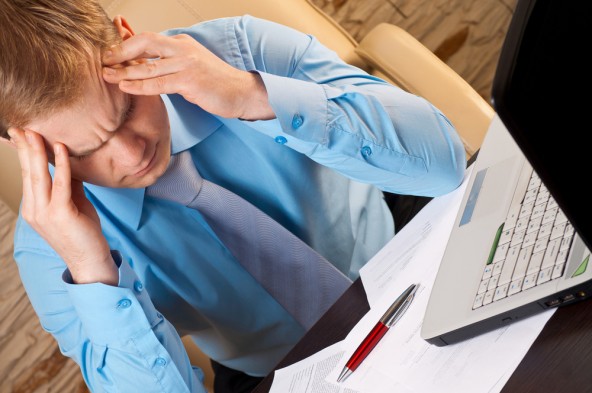 Did you know that chronic stress, like that from unremitting illness; causes body tissue to adapt to higher levels of the stress hormone cortisol, thus the body becomes less effective in regulating inflammation? And continuous inflammation aids the development and progression of heart disease, diabetes, rheumatoid arthritis, depression, and cancer.

No wonder managing stress well is so important for those with serious illness. Unless you've experienced a severe disease, like cancer, you can't understand the stress of it. But here's a small peek into the life of my Symphonic Chorale "palo-alto," Mary Ann Elder. Her experience with cancer doesn't speak for others with cancer.

This is simply part of her story.Mary Ann said, "I was exercising when the first symptoms occurred four years ago. Then there was the crisis of going to the ER in intractable pain, the tests and then the news." With no warning signs, she was diagnosed with a rare and aggressive uterine cancer with a poor prognosis; it acts like ovarian but not as treatable.

Therapies routinely approved for ovarian are denied uterine cancer patients so she also experienced the stress of fighting insurance denials. Mary Ann was approved for SSDI very quickly after the first recurrence, which, she says, "was sobering since a criterion is having a terminal illness. I'm now in treatment for the second recurrence.

Three of my online friends, diagnosed around the same time, have died in the last year. "A social worker, Mary Ann practices healthy lifestyle habits and sees herself as a strong person with a "can do" attitude. She proceeded to educate herself on her disease and its treatments. "Early on I read O. Carl Simonton's classic book, 'Getting Well Again.'

His premise is that stress contributes to illness and we need to change how we manage it to get and stay well. It helped me learn about the mind-body connection. I did his exercises, took note of my stressors in the 18 months preceding diagnosis and analyzed my feelings and thoughts. I learned meditation and guided imagery techniques and used them faithfully.

These helped me get through the initial treatment, which I weathered well." She stayed active in hobbies and worked full time.Mary Ann came to an early awareness: She didn't want to own or be defined by cancer. She gave it a name and now refers to it as "Chester." She chose to continue to live her life.

She talked about three stages of physical abuse victims' recovery:

It's not good enough for Mary Ann to see herself as a cancer survivor, as cancer media promotes. She's a thriver. When asked where she was now that she's back into treatment, she said, "I guess I'm a victim again." But these three stages create a road map for her: She may be a victim right now who needs to move into the next stage to survive additional treatment. Then she can move into the thriver stage again.Knowing her, I have confidence she'll do just that.
‍

Over the last decade my husband and I have had three siblings and eight close friends in addition to Mary Ann battle cancer. Their grace through their experiences has always impressed me and given me hope that should I join their ranks some day, I, too, might handle it well. One of the most graceful people I've ever known, dear friend Christy Speirn-Smith, has also handled cancer and its treatment with great poise.

She has strong feelings about what helped her get through it originally and what sustains her to this day. Christy said, "The number one most important lesson is to trust your intuition. No one else knows how you feel." She learned how important it is to heed her inner voice when she found a lump in her breast over six years ago and subsequently went to her doctor.

She was told that there was no problem. Months later, her intuition insisted that something was wrong. So, she returned to her doctor. She was right. She had Stage 2 breast cancer and went through a lumpectomy followed by radiation and chemotherapy. During the diagnosis and treatment phase she said she didn't spend her energy worrying; she has never been a worrier.

We discussed how much more difficult going through cancer and treatment would be if you're the type to obsess over life's stressors. Her lack of worrying almost certainly protected her physically because excessive stressful thinking dumps excessive cortisol into your body. Remember, this dumping of cortisol leaves your body less effective in regulating inflammation aiding the progression of illness.

Christy went on to say, "You must also take control for how to move forward with your treatment." This alone lowers stress at least a little because you're taking your anxious energy and focusing it where it can do some good. So she educated herself about her illness and treatment options and found medical professionals she trusted.

"You must connect with your caregivers," she adds. With her cancer several years in her rearview mirror, she remains responsibly vigilant. She's not paranoid but she doesn't believe in denial either. If there's a sign that something might be wrong she faces it and deals with it. In fact, right now she's investigating another lump she found in her breast.

Preliminary exams suggest it is not cancer but she is going through with full testing to make sure. Finally, she stresses the importance of taking very good care of herself. The aftermath of her treatment provides daily reminders of what she went through.

She still experiences neuropathy and pain that's treated with medications, which drain her. "I fight the fight every day," she said referring to these after-effects. It's good that she's also assertive because it allows her to set limits with people to protect her energy.
‍

Spouses of Cancer Patients have Stress, Too

With serious illnesses all focus is on the patient. But what about their loved ones? Here's what Mary Ann's and Christy's husbands, Rudy and Doug respectively, said about witnessing the loves of their lives battle cancer. Our dear friend Doug said, "Any time someone you love so much is facing cancer, it's a huge amount of fear.

You try not to go to the worst case scenario. It's surreal."Because Rudy's wife Mary Ann is experiencing her second recurrence of cancer the fear of its return is always there. "It can eat you up." he said, "But you can't let it consume you." Sometimes he's so overwhelmed he feels claustrophobic, experiences mild panic attacks and feels an intense sense of loss.

His panic attacks are red flags to quickly intervene mentally: He visualizes a peaceful mountain lake cabin to relax his fears, listens to the rock music he loves, and exercises very regularly. Having experienced his own bout of prostate cancer, Rudy empathizes with Mary Ann. But his cancer was curable and didn't spread.

When Mary Ann was first diagnosed he even prayed for God to give him her cancer. He fears he hasn't done enough for her.Both husbands acknowledged feeling significant helplessness and vulnerability. In describing his stress, Doug repeatedly said, "It's a big deal." He added, "Chemo was awful; watching her degenerate, sleep in a fetal position, lose her hair, become a different person to look at.

All I could do was watch. "Doug was practical in dealing with the stress of their new reality. "If you do as the medical experts say, it'll work out," he explained. "It's totally threatening but there's a door to walk through if you do what you're told." He focused on Christy's treatment goal and the next steps they had to take.

He looked at it as having a beginning, middle, and an end; just move through these stages and you'll be successful. Doug said they never lost hope. He also recognizes they'll never be the same. Every day is a precious gift; although, he believes Christy is better than he at appreciating this. Both men emphasized being grateful their pre-cancer relationships were very close.

Rudy said, "Since there's no road map, a good relationship is vital." Both men praised their wives as patients. Doug added, "Christy is such a 'touchy-feeling' person with tons of 'touchy-feeling' friends and family who gave great support. An awful lot of people were watching our backs."

Rudy repeated over and again, "You have to live your life." He also learned to accept how Mary Ann navigates her process. In dealing with his own cancer Rudy did substantial research, which he also did for Mary Ann. But she didn't want all of the information he found. He realized that everyone has their own way of dealing with illness, which needs to be respected. My hope is the loved ones of the seriously ill take significantly better care of themselves, too, during their heightened stress.
‍

Chronic illness is stressful partly because you lose a degree of control over your own body. There's no right or wrong way to respond to illness; there's only personal. Mary Ann said, "While cancer is a terrible experience, it has been the vehicle for many positive events and people in my life now.

I guess that's the silver lining. "Some cancer patients wouldn't see a silver lining. That Mary Ann can is a testament to how she hasn't let "Chester" rule her. She added, "Changing my old thinking and behaviors was important. I'm retraining myself." Quoting her, here are some of her stress management ideas;

Mary Ann is a strong and wise person; someone whose advice is worth heeding.
‍

Jacquelyn Ferguson, M.S.239-282-2353 www.letyourbodywin.com and www.jacquelynfergus@twitter.com In 1976, after returning from 2 years in the Peace Corps in Colombia, South America, Jackie earned her Master's degree in Community Counseling/Psychology from her home state of Minnesota. She then worked for several years as a Program Director at a mental health center.

She is also a member of a theater-based training group, Dramatic Results at www.dramaticresults.biz ). This five-member cast is met with rave reviews and standing ovations. Order her 2010 published book, Let Your Body Win: Stress Management Plain & Simple and request her weekly, published, emailed column, Stress for Success at www.letyourbodywin.com. You can now follow Jackie on Twitter (www.Twitter.com/JacquelynFergus)

Improving Wellness by Ending the Physical and Psychological Stress of Commuting

by
Bill James
at

Going Gaga for our Best Self - Warrior Women in Wellness Award