Improve Relationships through Assertiveness and Lower Your Stress Too 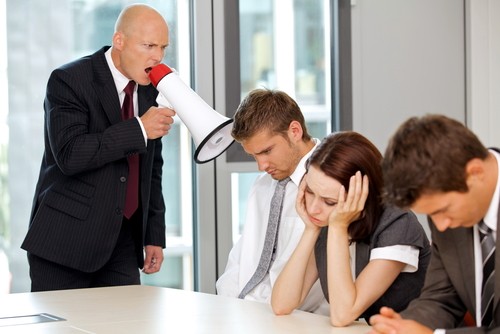 Assertiveness means standing up for your own rights in a way that respects the rights of others. It's one of the best ways to lower stress and why I include a section on this self-esteem boosting skill in all wellness programs.
‍

It's Based on Basic Human Rights

Assertiveness was created in the 1970s by Robert Alberti and Michael Emmons, authors of the groundbreaking book, Your Perfect Right, for their female clients who were doormats to the people in their lives. They noticed how people treated each other depended upon whose rights were being respected, such as, you have the right to:
‍

There are four communication styles that exist along a continuum from which you can choose no matter the situation. Each style honors different parties' rights and each brings about a different outcome.

Assertive people accept others' rights are as important to them as yours are to you. When rights collide the assertive assumption is that you'll negotiate in a way that helps everyone get their most important needs met and their rights respected, which is easier said than done.
‍

For every right there's a corresponding responsibility that we often forget in our rights-oriented society. For example, to be respected your responsibility is to act in respectable ways, which includes treating others with respect, honoring your word, etc. Your choice of reactions -- from passive to assertive -- brings about different results. Identify your goal in situations and determine which of these styles is most appropriate.

Hopefully, you'll usually choose assertive responses. Sometimes, however, a non-response may be your wisest choice. For example, a colleague speaks disrespectfully to you in front of a customer. Your goal is to remain calm and give great service so you ignore her (it can be assertive to appear passive).

Choice helps you accomplish your goal. Caution: "I train people how to treat me," is one of my favorite quotes (Source Unknown.) If you allow someone to treat you disrespectfully without responding you're training that person it's OK to treat you that way. Next month I'll provide several skills for standing up for yourself.
‍

Women are Still Socialized to be More Passive, Men to be More Aggressive

Historically, females have been socialized to be passive people-pleasers while males to be aggressive achievers. Since balance between extremes is mentally healthier being overly passive or aggressive is unproductive, not to mention stressful.
‍

Women have progressed significantly on the road to assertiveness over recent decades but some things haven't changed much. There were two fascinating videotaped research experiments that aired on ABC's 20/20 in 2006. In each the test subjects were either one or two boys or one or two girls ages 9 - 11. The researchers said the results broadcast represented how virtually every child reacted.

In each was a pair of socks or a pencil. Virtually every little girl upon opening hers remarked, "Thank you, I could use a pencil." Virtually without fail the boys opened up theirs and exclaimed, "What a stupid gift!" When asked why they said the lemonade was good virtually every girl said, "I didn't want to hurt your feelings."

These girls were acting out their socially sanctioned role by deferring to others' needs. As Oprah said, "When you don't stand up for what you need, you slowly strangle your spirit."If you strangle your own spirit you won't get your needs met, either. You'll live in greater frustration, therefore stress. To get what you want you'll rely on indirect, unhealthy ways like passive-aggressive manipulation, hinting, and suffering.
‍

You can generally spot a passive person a mile away. I've heard multiple interviews with prison inmates who in describing their vulnerable targets describe passive behaviors:

Passive people are often overly concerned with what others think about them, can be excessively apologetic, and need be liked so try to please others. To be taken seriously passive people must take themselves seriously.
‍

Aggressive Behavior is Stressful, Too

Aggression means standing up for yourself in a way that violates the rights of others. It's often confused with assertiveness but there's a huge difference: Assertive people respect others' rights; aggressive people are unlikely to consider others' rights. Aggressive people tend to see life as a win/lose game with little appreciation for the win/win mentality.

Their competitiveness fuels their need to be right, to win and to score points. They can be overly goal-focused and assume if you get what you want they won't get what they want. They're more likely to get their way but may feel guilty afterward. Plus, they also suffer hidden consequences like the "20 second payback."

Synectics of Boston, MA coined this term. In videotaped research they discovered that when a person perceived himself to have been disrespected it took him on average 20 seconds to get even for the affront. His payback might be to sabotage his opponent, skip work, etc. He may not actually get even within 20 seconds but at some level of awareness decided to at some point. Aggressive people may win the battle but they often lose the war.
‍

Greater assertiveness leads to increased control in your life, higher self-esteem and less stress. It doesn't mean you'll get everything you want all of the time but you'll increase your batting average. Your frustration lessens, you become more flexible with others, others cooperate more with you - it's a package deal.
‍

It's not what you say but how you say it that's important. To be more assertive use respectful nonverbal behaviors, which also enhance your credibility:

Human behavior is driven by corresponding beliefs. For example, your supervisor believes that people cannot be trusted so she'll probably exhibit micromanaging behavior. When it's difficult to act assertively, it's because you have inhibiting beliefs. Uncover and challenge them and you're more likely to successfully assert yourself. Passive Beliefs Drive Passive Behavior:

"Why did I just agree to do it when I know I don't have the time?"
‍

"Because he's always helping me."
‍

"Why must I repay someone even when I know I don't have the time?"
‍

"Because it's not nice to refuse."
‍

"Why isn't being honest nice?"
‍

In this example, the underlying, inhibiting beliefs to assertiveness are:

To be assertive consistently challenge your largely irrational beliefs with more rational ones. After you fail to assert yourself, identify the blocking beliefs and challenge them to gradually loosen their grip. When you discover the sky doesn't fall you'll develop more courage to stand up for yourself more frequently. It's a freeing and powerful feeling well worth the risks! In the above situation, you could:

To become more assertive requires conscious effort. It pays off through lower stress, better relationships, higher self-esteem and more control over your life. Next month we'll look at how to do this.
‍

Jaquelyn Ferguson is the founder of InterAction Associates, her speaking and coaching firm. For over 25 years Jackie has designed and presented keynotes and workshops on stress management, diversity, workplace harassment, motivation, and communication skills.

Jackie is also a Stress & Wellness Coach helping people achieve more success with less stress. Jackie is the author of "Let Your Body Win: Stress Management Plain & Simple" and a weekly column "Stress for Success" in Gannett Newspaper, at www.letyourbodywin.com.

Getting to the Heart of Employee Wellness and Health

by
Greg Justice
at