Onto Death as We Part: The Impact of Divorce on Employee Wellness 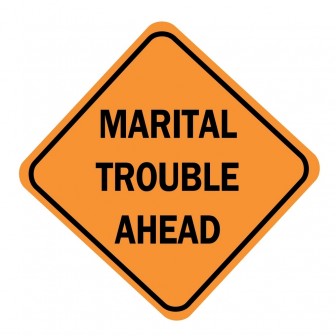 Divorce is one of the most stressful and distracting experiences life presents us. It, and the years of struggle that precede it, significantly undermine employee well-being and, as a result, costs North American businesses more than $6 billion each year in lost productivity, absenteeism and higher health insurance premiums and stress-related healthcare costs. ‍

As a human resource and workplace wellness manager, what are you to do? Supporting your staff in their personal relationships can be tricky. You see the impact on co-workers, employees and your business and you want to help. At the same time, however, you are constrained by the need to respect your employees' privacy. In this article we will answer three questions:

With the divorce rate across North America hovering stubbornly close to 50% (and even higher for second marriages), every business that has staff is impacted eventually. Ignoring this only makes it worse for staff and more costly for employers. The old adage about keeping your personal life out of the office is not possible or realistic. People are husbands, wives, siblings, moms and dads before they are employees, managers and executives.

We cannot leave our personal lives outside the office door anymore than we can our left arm. This is especially true when relationship struggles start affecting our health; something we take with us everywhere we go. Several recent studies have directly linked marital and relationship breakdown with increased likelihood of developing serious physical and emotional disease. Consider the following:

But that's not all. Studies compiled by Life Innovations in 2006 on behalf of the Marriage Commission found that:

Sometimes the impact is more immediate and tragic. In June of this year, a male employee of the highway and utilities contracting company Volker Stevin was killed in a workplace accident near Calgary, Alberta, Canada. He was going through a divorce at the time. Coincidence? No one can say for sure. Our company, Inner Sync Systems Inc., is seeking funding to research the causal links between distractions caused by marital stress and workplace accidents.

Solutions needed to solve the problem

Many companies offer corporate-sponsored marriage support services such as contracted counselors and psychologists. While helpful, these services are often only partially effective, under-utilized and occasionally make matters worse. Relationship counseling and psychologists typically address problems by focusing on what's wrong and digging into a client's past. Although well-intentioned, this can be uncomfortable for anyone but especially for men. As gender and relationship experts, Donna and I know men are all about "winning" and avoiding the loss.

Digging into what hasn't worked or what's wrong occurs as a loss, so men are hesitant about going this route. Men do not want to be seen as weak by their colleagues and therefore they are reluctant to ask for help. The Marriage Commission study referred to earlier is a case in point. It found that of the 384 Fortune 500 companies that offer paternity leave to male staff, only nine companies have ever received a request for leave. If men are unwilling to ask for help in their role as parents, it's likely true for relationship counseling as well.

Many employees may also question whether a corporate-contracted therapist is more loyal to the individual being counseled or to the company. It goes without saying that for the overwhelming majority of therapists, the patient's confidentiality is sacrosanct. Nonetheless there are exceptions. A few years ago, a case was cited in a local newspaper in southern Alberta, Canada. An employee was fired when depression brought on by problems in his personal relationship started to affect his job performance.

The employee had been seeing a company-contracted therapist and the employee suspected the therapist spoke to the company about his circumstances, thus violating therapist-client confidentiality. The employee won the lawsuit. Though it was never disclosed whether the counselor had in fact violated the individual's confidentiality, the case highlights the potential for this sort of scenario to occur.

Companies need to deal with what's real in people's lives

Fewer and fewer people are interested in being "fixed." They want a certain result, yes, but they don't want to get there via pain. People want to be appreciated. They want to be cherished. They want to be acknowledged, heard and known for who they are as people, as individuals and as men and women.This is true in life, in relationships and at work. In fact these cannot be separated. That's why gender-based models of relating are so powerful. They apply in every area of life because you are always interacting with either a man or with a woman.

Gender is the most natural element of who men and women are. Our gender informs every interaction we have with everyone we meet. Gender models focus on what is, not what's wrong. They allow people to move forward into life rather than getting bogged down in the past. Gender is also generic. Male gender traits are common to all men. Female traits are common to all women. It's not necessary to focus on the individual. Therefore, gender-based programs offered by businesses overcome concerns about privacy and confidentiality.

In our workshops, for instance, participants don't have to share anything personal. It's not necessary. When a basic truth is recognized, they know it for what it is. They see how it applies to their past, how it will contribute to their future and they carry it with them into personal and professional relationships. As such, understanding and incorporating gender into workplace wellness is the next frontier of human resource management. It gives companies an edge. Gender is also powerful.

Several years ago the Princeton University Engineering Anomalies Research Lab conducted research into the ability of men and women to affect physical reality (specifically, the output of an electronic random number generator) using just their thoughts. Researchers found that "bonded" couples (i.e., couples in relationship)achieved average effects more than twice those of "unbonded" pairs and nearly six times those of men and women who intended as individuals. Imagine what that sort of "connectedness" can do for you staff's lives, and by extension for your company.

What Can You Do?

Here are a few gender-specific signs that staff may be facing personal challenges at home, including in their personal relationships:

Employers and wellness managers need to recognize that their staff's personal out-of-office relationships are their business. As we said, it is not possible for employees to keep their personal lives at home. It affects their health, their productivity and their employer. You must find ways of supporting employees to their benefit and the benefit of your organization. ‍

Gender-based models are not individual-specific, so problems surrounding privacy and confidentiality are minimized. They are future-focused and therefore are more likely to be embraced since they don't focus on fixing a broken past. They also apply universally, so the expanded gender knowledge employees acquire can be used both at home and in the office. Employers get more bang for their wellness buck. Jason and Donna welcome questions, comments or program inquiries. They can be reached at contact@innersyncsystems.com.

Jason Krausert is CEO of Inner Sync Systems Inc., a leading Canadian personal and professional development company whose innovative programs emphasize gender awareness as the key to happiness, satisfaction and success at home and in the workplace. Jason understands that an individual's well-being is intimately tied to the quality of his or her personal and professional relationships. Since each of us are either a man or a woman, using basic gender principles effectively are at the source of what makes relationships work in every area of life.

Inner Sync Systems' leading-edge wellness retreat for business, called "Between Men and Women", is re-writing the rule book for how human resources are managed in the 21st century. Political correctness is set aside in favor of what works between men and women as Krausert and his partner, Donna Tosky, transform lives using their "straight-shooters with heart" approach. Jason has been active in the human potential movement since the late 1980's. First as a student researcher in the area of third world development and later as a photojournalist, he sought to support people striving to fulfill their dreams in both far-off countries and in his own Canadian backyard.

Inner Sync Systems is the vehicle Jason has chosen to realize his belief that happiness, vitality and well-being are available to men and women through the relationships they nurture at home and on the job.‍

Donna Tosky has worked in the wellness industry as an employee, business owner and consultant for over fifteen years. From listening to patients while in pharmacy at the community level to working closely with people in her own private practice as a certified natural health practitioner to staffing her own home care business, it became glaringly obvious to Donna that an important correlation exists between the quality of an individual's relationships and their health both physical and mental.

by
Keith E. Ayers
at

by
Amy Bair
at

The Meaning of Being Well

by
Judi Hennebry Wise
at