By
Brian Black
,
at 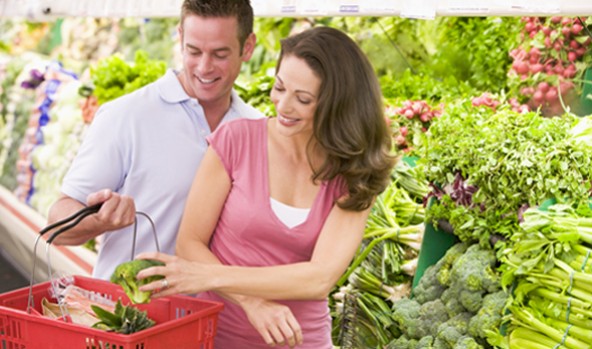 By
Brian Black
,
at

Philly.com wrote earlier this year that one-third of Americans are in families that are having trouble paying for health care. Poor health is not only costly for individuals, but it is also costly for the entire nation and its economy. Much of these medical costs unnecessarily stem from poor diet, and eating the right foods will make healthcare more affordable for all.

Medical costs can be demoralizing once they are racked up and it's not always the person responsible for the bill who pays them. After the insurance company or the government pays their portion, the cost of care becomes uncollectible debt for providers. These costs are then passed on to future patients.

Perhaps the greatest positive impact we can have on our rising healthcare costs starts with what is on the kitchen table. You may have heard that an ounce of prevention is worth a pound of cure. Many of the largest killers in America  (e.g., cardiovascular disease, diabetes, some cancers, etc.) could be prevented if we devoted a more concerted effort towards wellness, particularly our diet.

Just over the past 22 years, obesity in the United States has grown from approximately 13 percent to 28 percent.It is projected that in the next 20 years this number could climb to 42 percent in the United States (Obesity could affect 42% of Americans by 2030). And if being obese isn't bad enough, 11 percent will be severely obese.

The present number of obese people, coupled with the projected number, will cause a host of health problems affecting our pocketbooks and the fiscal health of our nation. The greatest impact we can have on our health is contingent on what we put into our bodies.

Eating healthy may seem like an obvious solution, but it is often overlooked despite being so vital to our future health. Computer programmers use the acronym "G.I.G.O." when referring to software programming errors. It stands for "Garbage In, Garbage Out."

Like software programming, if we put garbage into our bodies, we are going to get a poorly run machine that spits out garbage in the form of health problems. It's time we put down the double cheeseburger and order the salad. Skip the dessert and eat a bowl of fruit. Forks Over Knives is an intriguing documentary promoting a plant-based diet free from animal and animal-based product.

The diet consists of fruits, vegetables and whole grains; meat, dairy and processed foods are excluded. The evidence that the documentary provides is compelling and persuaded a carnivore like myself to try to avoid meat, dairy, and processed food. Groceries may be more expensive, but the point is that the higher grocery bill will prevent high cholesterol caused by saturated fat and trans fats that primarily come from animals.

Eating more fruits and veggies has proved to stabilize blood sugar levels and prevent weight gain. They support a healthy immune system, help prevent trips to the doctor and reduce the occurrence of costly illnesses. They prevent the nagging, oft-administered insulin shot and finger prick.

It sounds worth it to me. Like us, diets come in many shapes and sizes and must be researched properly. Cutting meat and processed foods is certainly a leap for many of us, but it slows the grim reaper from coming. The Center for Disease Control estimates that 40 percent of cancer, as well as 80 percent of heart disease, stroke and type 2 diabetes could be prevented if Americans exercised more, stopped smoking and ate healthier.

But these solutions must be done in tandem for them to be effective.An active person can still develop heart disease, diabetes or certain cancers if he or she smokes or does not eat properly. Think of the cost of the millions of American who have type 2 diabetes, cardiovascular disease, and cancer.

The medical bills become insurmountable and someone has to pay them, be it the provider, the insurance company or the government. Those costs are always passed on to the consumer in some form or another, which puts a drain on the economy and fiscal status of the United States.

If we want to avoid type 2 diabetes or other preventable diseases, then we need to start eating a healthy, reasonably portioned diet. This will not only cut our medical bills dramatically, but it will prevent the provider, payer or government from passing on the costs to the rest of us. It is our choice: eat right and your body will reward itself; or eat poorly and your machine will stop running properly. The cost difference is significant and severely impacts our entire economy.
‍

Brian Black studied business management at Brigham Young University and is currently earning a master's degree in healthcare administration at Weber State University. He has worked for UnitedHealthcare and is currently working at the John Moran Eye Center of the University of Utah Hospitals and Clinics. He has lived in England and is nearly obsessed with all things British.

by
Lisa Hall
at

by
Walter Gaman
at