Gender Stress Response - It's All In Your Head 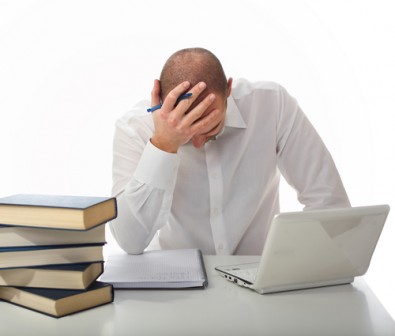 Stress is a part of life and work. It doesn't matter if you are a man or a woman. Similar things create stress for both men and women. Job demands, career moves, not getting along with colleagues and supervisors, having children, not to mention relationship or marital problems at home are all leading causes of stress for both genders.

That's where the similarities end however. Recent studies prove men and women respond to stress very differently. As we'll explain below, those differences can directly impact job performance. Therefore, it is important for managers as well as those responsible for implementing corporate wellness and employee assistance programs to be aware of these gender differences and to respond accordingly.
‍

The Stress Response - It's All in Your Head

In 2007, researchers at the University of Pennsylvania's School of Medicine conducted functional Magnetic Resonance Imaging scans on 32 healthy subjects - 16 men and 16 women - before, during and after they were asked to do a complex mathematical task under pressure. The researchers measured the subjects' heart rate, cortisol levels (a stress hormone), their perceived stress levels throughout the experiments, as well as regional cerebral blood flow (CBF), which is an indication of regional brain function.

The study found that men responded to stress with increased CBF in the right prefrontal cortex, an area of the brain associated with the so-called "fight or flight" response. In women, the limbic system - a part of the brain primarily involved in emotion - was activated when they were under stress. Researchers noted that the stress response lasted longer in women than in men.

According to a summary of the research on the Science Daily website, "These findings suggest that stress responses may be fundamentally different in each gender, sometimes characterized as 'fight-or-flight' in men and 'tend-and-befriend' in women." According to Dr. J.J. Wang, the lead author of the study, "Women have twice the rate of depression and anxiety disorders compared to men Knowing that women respond to stress by increasing activity in brain regions involved with emotion, and that these changes last longer than in men, may help us begin to explain the gender differences in the incidence of mood disorders.

"In an independent study, Tara M. Chaplin, Associate Research Scientist at Yale University School of Medicine, found that differences in how men and women respond to stress are not limited to neurological evidence. Their reactions have far-reaching implications for their overall well-being.

According to Chaplin, "We know that women and men respond to stress differently. For example, following a stressful experience, women are more likely than men to say that they feel sad or anxious, which may lead to risk for depression and anxiety disorders. Some studies have found that men are more likely to drink alcohol following stress than women. If this becomes a pattern, it could lead to alcohol-use disorders."
‍

What This Means to Business

The University of Pennsylvania findings are simply interesting facts until you understand that:

In short, gender does make a difference in life and in business. For example, what are the real-world implications of each gender's different stress response for businesses and for the managers who lead them?
‍

In our "Between Men and Women" Couples Wellness Weekend we explain that the overriding factor for men when making decisions and assessing circumstances is, "How likely am I to win or lose if I take this action?" This explains a man's fight-or-flight response to stress. When given a task men size up a stressful situation - maybe it's an intransigent client, a tight deadline, a declining sales trend or personal problems with a spouse.

Then they mentally, if not subconsciously, start doubting whether they can handle the task. A man's doubt is like gas to a car. It fuels his mental engine's process of assessing whether or not there is a chance of a winning outcome. Basically, he is asking himself, "Can I do this?" If the answer is "Yes" they fight.  They go for it. If the answer is "No" they flight. They pull back, procrastinate or avoid the project.

A man's response to his doubt is almost always influenced by personal confidence and knowledge. A senior executive has more experience and a better real-world understanding of his capabilities. As such, he will either use his deeper repertoire of strategies for winning and choose to fight, or he will strategically withdraw. A junior manager with fewer arrows in his quiver may be more inclined to hide, delay acting or withdraw in the face of impending failure.

Alternatively, his enthusiasm may cause him to over-estimate his ability so he rushes head-long into a losing situation. That's how he learns. There may be exceptions to how each man finally responds to his assessment of a situation, but the process is always the same - stress is asserted when he receives an assignment, he starts doubting (i.e., assessing) his ability to produce a winning outcome, and depending on his answer he either goes for it or holds back.
‍

Women, on the other hand, are naturally more communal than men. They are relationship masters. From an evolutionary standpoint, they value the safety of the "tribe" so-to-speak.  They value community. As such, when stressful situations strike, they are less likely to go-it-alone than men. Women respond by tending-and-befriending. They build community around them.

They talk with family, friends, and co-workers; they seek advice; they build the social support structures and alliances that safety and security depend on. Again there are always exceptions, but this basic natural reaction is universal. The above is not to say that women won't go for it on their own. Women, especially in business, can and do react this way.

That is because of the dual nature of their logic. This sort of reaction, however, is less common and less comfortable for the majority of women. Being forced out front in a stressful situation can actually augment the stress inherent in that situation. For men, on the other hand, the stress of "leading the charge" is motivational and is far less than the stress of doing nothing or feeling restrained.
‍

What is there for business to do?

According to the lead University of Pennsylvania researcher, Dr. J.J. Wang, "In the future, when physicians treat patients - especially for depression and post-traumatic stress disorder - they need to take it into account that really, gender matters." There is an opportunity here for wellness program coordinators.

If the medical community is recognizing the need to incorporate an understanding of gender differences in their treatment practices, it's time for the business community to do the same in their wellness programs and their management training efforts.

Understanding that gender matters in business, not only in terms of how someone performs and communicates, but also in terms of how people are managed, is a key step in creating a 21st century workplace characterized by well-being, reduced stress, deeper engagement and maximized productivity.
‍

Jason Krausert is CEO of Inner Sync Systems Inc., a leading-edge Canadian personal and professional wellness company specializing in workplace gender communication programs as well as in supporting employees' personal relationships so problems at home don't negatively impact either their quality of life or their performance in the office. Inner Sync Systems' flagship program, "Between Men and Women", is re-writing the rule book for how human resources are managed in the 21st century.

It emphasizes understanding gender differences as the key to sustaining healthy personal and professional relationships, and to building a productive, engaged and loyal workforce.  Political correctness is set aside in favor of what is proven to work between men and women as Jason and his partner, Donna Tosky, transform lives using their "straight-shooters with heart" approach.

In "Between Men and Women", participants discover up to 32 traits common to all men; as many as 34 characteristics of women; what motivates each gender; and the key to men and women working together at their best both at home and in the workplace. For a free consultation email Jason and Donna at contact@innersyncsystems.com. For full program details visit their website at www.InnerSyncSystems.com.
‍

Donna Tosky's status as a leading gender-in-relationship expert evolved over almost two decades in the wellness industry. From listening to patients while in pharmacy at the community level to working closely with people in her own private practice as a certified natural health practitioner to staffing her own home care business, it became crystal clear to Donna that an important correlation exists between the quality of an individual's relationships and their health- both physical and mental.

For Donna, the study of gender and its intrinsic role in the area of human relations is her primary focus and passion. She has made it her business to study the conditions under which men and women are known to operate at their best both at home and in the workplace, both individually and as a team. Now as a leading expert on gender, Donna educates individuals, health care professionals and managers in the natural laws of gender that are critical components of true success in life and in career.

Cancer Prevention - What you Can Do to Help Yourself

by
John W Buckley
at

4 Tips for Attracting and Retaining Top Talent for Your Workplace

by
Brenda J. Mullins
at

How Can Brokers Survive Healthcare Reform?

by
Adam Bruckman
at