By
Crystal Williams
,
at 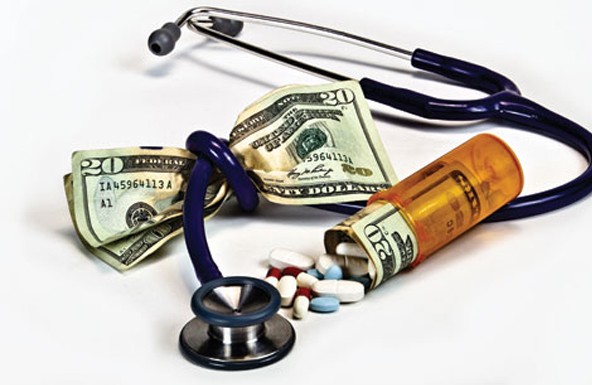 By
Crystal Williams
,
at

It's a fact. One of the key items an employer can realize by going into any kind of an ERISA self-funded employee benefit program is that the employer can control the benefits that are inherent to that program. And by controlling the benefits, plan costs are also controllable. This is particularly true concerning the outpatient prescription drug card program.

On the proverbial "other side of the coin", when buying a fully insured medical benefit program -- this product will include an outpatient prescription drug component - - the employer is literally inheriting the carrier's existing product as far as eligibility, plan co-pays, covered drugs, together with other benefit plan provisions and limitations-both good and bad.

And, the unfortunate part about living with the carrier's existing prescription benefit plan is that, in layman's terms, you generally end up with the blue four-door when you might have preferred the green station wagon or a red convertible.

So, to reiterate for emphasis, by going into a self-funded prescription drug program, the employer can really control this benefit plan as the employer establishes the plan specifications including covered and excluded drugs, as well as deductibles and plan co-pays.

Further, when the employer elects to self-fund any part of the employee benefit program, many of the carrier's expenses (overburden) can be eliminated. The employer is going to save money on premium tax, carrier's fees and profits, and underwriting reserve margins. Additionally, the employer won't be paying for that insurer's large and expensive home office.
‍

Premium tax is approximately 2 percent of premium. Most carriers' overburden, which includes some profit, is going to be 5 to 7 percent or more of premium. So, doing the math, you can assume that there is probably 10 percent in the premium bottle for these costs.

And it's that layer of cost that an employer can reasonably expect to save when the employer elects to self-fund. The next major point is that if the employer has already made the leap to go self funded, in all probability the employer has purchased Specific and hopefully aggregate stop loss insurance.

Basically, what it comes down to is accenting the positive and eliminating the negative. And within this recommended change for a better way, the following factors should be considered:

Employers with retiree participants can expect outpatient claim costs for these individuals to be in excess of $300 per member per month.
‍

Therefore, to further illustrate, if outpatient prescription claim costs are approximately 15 to 20 percent of the cost of medical claims, and these expenses are eliminated as a covered expense under the medical stop loss policy, it's reasonable to presume that the employer may expect savings of 10 to 15 percent and often more on either current medical attachment factors and/or stop loss premium costs.

So, if the employer is saving from 10 to 15 percent on the medical stop loss premium and adding the cost of the less expensive prescription Aggregate stop-loss policy to the budget, the employer is going to save some significant money.
‍

Unfortunate, but true, some employee benefits professionals and employers don't stop to think about these "claims and premium nuances" and the cost or savings associated with them. And, more often than not, the fact is forgotten or ignored that by excluding outpatient prescription claims, it's possible to reduce either those medical stop loss premiums and/or reduce those medical stop loss deductible amounts.

Further, many stunningly continue to believe that eliminating prescription drug claim costs from the medical stop loss and covering this risk under a separate stop loss policy creates an added layer of cost when, in actuality, it's a reduction in total stop loss premium costs.

Next, employee benefits specialists and employers should come to appreciate the fact that if the medical stop loss carrier is agreeable to as little as a 10 percent reduction in the employer's medical stop loss premium-and the premium for a separate Prescription Aggregate that covers this risk is approximately 3 percent of expected claims-then there's the potential for the employer to save some real money!

Then add aggregate stop loss to cover the outpatient prescription risk (it costs a fraction of the corresponding medical stop loss premium), and the employer will be on the way to saving some substantial money without materially altering the employer's total financial exposure. It's really quite basic-if claims go down, premiums go down.

‍Now consider this: There has been a surge in the number of large employers moving to self-insured medical plans, opting to bear the financial risk themselves, according to HealthLeadersInterStudy, Nashville, Tenn., the leading provider of managed care market intelligence. And many medium to smaller employers are following suit.
‍

So, once more with feeling, the employer should strongly consider the following:
‍

By being self-funded, the employer can control benefits and need not be dictated to by either an insurer or those nasty mandated state benefits.
‍

By being self-funding, the employer's cash flow is improved as money held by the insurer may be utilized by the employer in expanding the business.
‍

By going self-funded, the employer should be able to save on the carrier's profit margin and risk charges. And, many employers find that the insurer's charge for administration is often greater than that fee charges by a professional Third Party Administrator [TPA].
‍

Who could ask for anything more?

Corporate Wellness Is Personal Wellness: A Primer for Life and Healthy Living

by
Brad Cummins
at

How Simple Improvements Yield Massive Gains in Health and Wellness

by
Garett Fortune
at