Is Functional Medicine Here to Stay?

By
Dr. Charles Bens
,
at 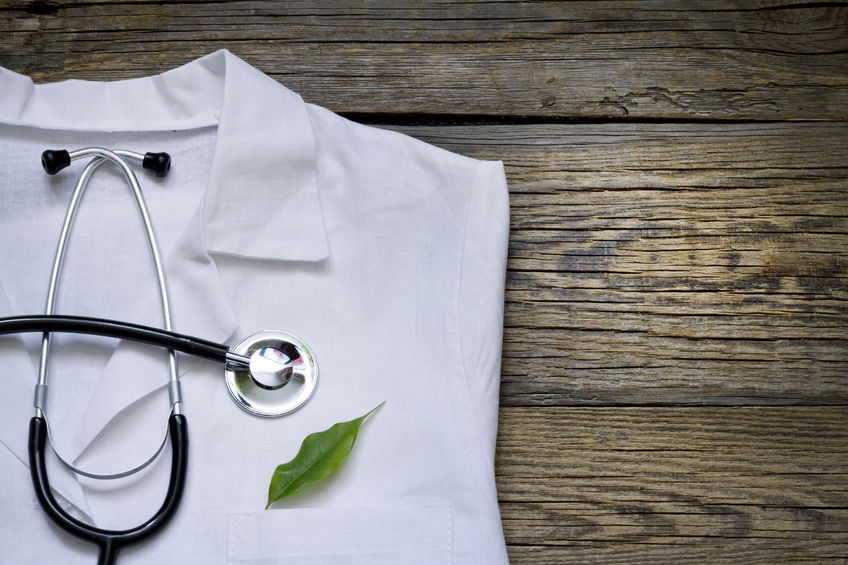 By
Dr. Charles Bens
,
at

‍Not only is Functional Medicine here to stay, it is poised to be the centerpiece in one of the most significant shifts in the health and medical paradigm in the past one hundred years. For anyone who has been paying attention, there has been a virtual war going on between Conventional/Allopathic Medicine and Functional/Natural Medicine since the early 1900s. In fact, this virtual war seemingly became a real war when the medical establishment would attack and try to discredit chiropractors, naturopaths, homeopathy practitioners and those who made or distributed nutritional supplements.

(1) The main weapons in this war were the contentions by the medical establishment that they had scientific evidence to support what they were doing, and that the proponents of Functional Medicine did not, and thus were putting people's health at risk. The natural practitioners were often branded as "quacks" and threatened with the loss of privileges to treat anyone, large fines, the seizure of products or equipment, or even jail time.

(2) This situation has been changing gradually over the past 60 years as Functional Medicine and its natural allies have been gathering information from in-office surveys of patients, clinical trials, and other academic and scientific studies. Linus Pauling was one of the early pioneers in this movement, along with Eric Hoffer, Roger Williams, Carl Pfeiffer, and others who began to examine the impact of food and supplements on brain-related conditions.

This early study of depression, anxiety, bipolar disorder, and schizophrenia was labeled "Orthomolecular Psychiatry," which eventually transitioned to become "Orthomolecular Medicine." Yes, even the two-time Nobel Prize winner Linus Pauling was often labeled a "quack" by the medical establishment.

(3) As it turns out, Linus Pauling and his fellow Functional Medicine pioneers are on the brink of having the last laugh. In a cover story from Business Week magazine, May 29th, 2006, entitled "Medical Guesswork," Dr. David Eddy, a medical researcher, examined everything that Conventional Medicine did and could only find scientific evidence for 20-25 percent of conventional medical practices, products, and procedures.

(4) An even more condemning study from the British medical journal, The Journal of Clinical Evidence, it was found that only 11 percent of conventional medicine treatments produced a beneficial result or outcome.

(5) At the same time, Functional/Natural Medicine has been gaining increasing scientific credibility, according to this sample of recent studies:
‍

‍The answer to this question is well known to those in the Functional Medicine community, but below is a quick summary for those who may not be following this subject closely. Allopathic Medicine Shortcomings

In addition to these medical practice shortcomings, the entire healthcare system is based on the treatment of symptoms, despite 80 percent of all disease is both preventable and reversible. There are very few incentives for getting people healthy, and until this is changed, it will be very difficult to change the way most doctors practice medicine. The Benefits of Functional Medicine:
‍

‍Functional Medicine practitioners have hundreds of highly effective treatment protocols available, and most have excellent evidence to support their use. The following examples are more nutritionally based, but it should be stated that there are many impressive treatment protocols from other natural disciplines, such as acupuncture, chiropractic, herbal medicine, and naturopathy, just to mention a few of the other natural medical categories.

Some patients are able to reverse their Type 2 diabetes in as little as three days using this, or a very similar protocol. (18)

‍Previously, some of the early warning diagnostic tests were explained; however, it may still not be clear how these tests are able to identify cells that are moving toward chronic disease. In many cases, cells go through five sequential stages of deterioration, as shown in the following illustration:
‍

Conventional medical tests usually detect changes in biochemistry at the dysfunction stage, or even later, when cells are mutated or already diseased. High blood pressure and high cholesterol are examples of identification at the dysfunctional stage, due to irregularities in blood chemistry or blood pressure. As previously stated, mammograms cannot detect tumors less than four billion cells in size.

This usually means that most of these cells are either mutated or diseased, which often translates into Stage 2 or 3 cancer. In the case of liver cancer, it has been reported, in some cases, that the liver can be 70 percent diseased before liver enzymes are detected in a blood test.

(22)Such late detection of a disease makes it very difficult to use safe and effective natural treatments, although successful treatment is often still possible. In many cases of these late-stage diagnostic situations, invasive and less-effective treatments are often used, such as surgery, radiation, chemotherapy, or some other chemical intervention.

(23) By contrast, early diagnosis occurs when Functional Medical doctors detect cells that are at the very beginning of deterioration, such as being stressed or weakened. These cells often exhibit increased heat profiles, the formation of fibrous material, inflammation markers in the blood, or deficiencies of key enzymes, minerals, or vitamins.

At this point, doctors can utilize much safer and more effective treatment protocols to help these cells return to normal. A good example of this is the previously mentioned study where 50 percent of patients were able to get off of dialysis after taking 180 mg of CoQ10 for three months. In the case of these patients, a majority of cells were likely still in the stressed, weakened, or dysfunctional stage of deterioration, and could be rehabilitated enough to allow removal from dialysis.

However, the 50 percent of patients who were not able to get off of dialysis had too many cells in their kidneys that had already advanced to the mutated or diseased state. Functional Medicine doctors understand this situation, while most conventional doctors do not.

‍The simple answer to this question is, "Not by itself." Functional Medicine can make a big difference, but many other factors must change before our healthcare system can be truly "saved."1. The Medical Establishment - Conventional medical practitioners' attitudes and financial incentives must change drastically.

The medical establishment will have a very difficult time admitting that they have been very wrong about a lot of things for a long time. The essence of this challenge was captured in the words of Dr. Mark Hyman at a Senate Hearing on Health on February 26, 2009. Dr. Hyman said:

"You will not solve the crisis in health care if you just continue to do the wrong things better."

Coincidently, a few years later, Dr. Hyman met Dr. Elos Cosgrove, the CEO of the Cleveland Clinic, on the way to a medical conference in Paris, France. Dr. Cosgrove must have been impressed with Dr. Hyman's explanations about how Functional Medicine was resolving many chronic illnesses with natural treatment protocols because he asked Dr. Hyman to come to the Cleveland Clinic to help them learn more about it.

Dr. Hyman declined at first, but then, two years later, he said "yes" after Dr. Cosgrove made the decision to move the Cleveland Clinic in the direction of Functional Medicine. Apparently, his quote at the time of the announcement was
‍

"Functional Medicine is the medicine of the future."

If this change at the Cleveland Clinic is successful, it could be the first domino to fall for Conventional Medicine, and it could be one of the most significant changes in medicine in the last one hundred years. If we could get the financial model to focus more on prevention and less on treatment, this change could be significantly accelerated and save millions of lives, as well as billions or even trillions of dollars in the process. Boeing is one employer trying to change this system by rewarding health providers for keeping employees healthy instead of just treating their symptoms.

There certainly will be losers in this change, such as drug companies, insurance companies, and many doctors. However, the winners will be people who will be healthier and live longer, thus saving future generations from the certain bankruptcy of our entire country.

Doctors' Education - Doctors will need to learn how to incorporate Functional Medicine with their practices, and how to become educators and facilitators, instead of trying to "treat" everyone in the seven minutes they see the average patient. The public will need to take more personal responsibility for their health by reading more, getting timely and useful health exams, and changing unhealthy lifestyle habits.

Workplace wellness programs can have a big influence on this if employers and their insurance companies jump on the Functional Medicine bandwagon. Employee and family education, combined with good incentive systems, have been proven to make a big difference in people's health and the employer's bottom line.

Food Producers and Sellers - Our food industry needs to get on board with this change as quickly as possible and stop growing unhealthy foods, over processing them, and selling the unhealthy foods so inexpensively, while keeping healthy food prices too high. If the farmers, food processors, and retailers don't make the necessary changes, it may be up to the government to legislate these reforms. Given the government's track record in this area, we should be concerned about allowing the problem to get to this point.

We are almost there. Can anyone say "better leadership" and less lobbying by those with a vested financial interest?

‍Other factors should be considered in this very important paradigm shift. No one is suggesting that everything about Conventional Medicine is bad and should be changed without cause. Acute care in the form of operations is pretty good and saves many lives every year. Some operations do not have a very good track record, such as angioplasty, and there is scientific evidence to support 20-25 percent of what Conventional Medicine does.

What we need is a true integration of these two forms of medicine, by taking the best of both and combining them to make a medical system that truly saves lives and prevents as much illness, suffering, and excessive spending as possible. The direction has been clearly laid out. All we need is someone like Mahatma Gandhi to step out in front of the change and lead the way.

7. "Relieving Pain in America: a Blueprint for Transforming Prevention, Care, Education and Research" Institute of Medicine of the National Academics. June 29, 2011.

Winning Hearts and Minds: A Perspective on Employee Health

by
Dr. Kent Bradley
at

Global Challenges in Corporate Wellness - How to Turn Game Around

by
Wolf Kirsten
at