Lessons Learned from France Telecom: Stress in the Workplace 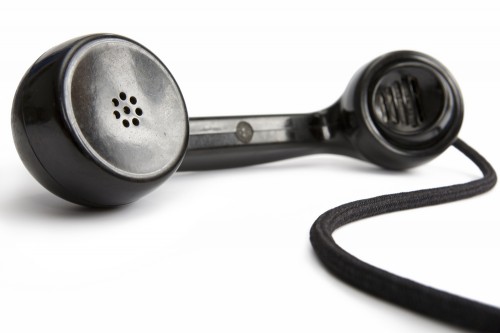 Recently CBS evening news aired a piece on France Telecom, Europe's largest broadband Internet company. It wasn't the massive layoffs that got my attention. Sure 22,000 jobs lost between 2006 and 2008 is notable but what struck me was the number of employee suicides. There have been 26 deaths in an 18 month period.

A thirty-one year old woman jumped to her death from her fifth floor office window after she was told her job was changing again. A worker stabbed himself in the stomach during a staff meeting and a fifty-two year male killed himself and left behind a note saying." "I am committing suicide because of my work at France Telecom."

Employees of France Telecom have cited constant pressure to resign, impossible goals, frequent forced relocations and chaotic reorganization. Critics have accused France Telecom of prioritizing short-term profit over long-term sustainability. One staffer was quoted as saying "People are treated like numbers. It's a cumulative process."

It was reported that employees booed their CEO, Didier Lombard, after the last suicide. Pressured by the French government, France Telecom announced the suspension of job transfers and corporate re-organization at least until the end of this year and the company will bring the equivalent of 1,000 outsourced jobs back in-house.

However, skeptics think the cat is out of the bag and these measures will not put an end to this epidemic. French car giants Renault and Peugeot have also experienced numerous employee suicides. Authorities at Peugeot's Sport division are examining whether an employee suicide was connected to workplace pressure.

France's ministry of labor recently announced an emergency plan that would require all companies with 1,000+ employees to implement stress reduction measures by February 2010. France is also considering a public relations campaign that would commend companies that help employees manage with job stress - while publicly shaming companies that do not.

While nearly any work scenario can be a potential source of stress, and an individual's personality and coping style are important in predicting whether certain job conditions will cause stress, research also suggests that certain working conditions are bound to be stressful to most people.

The idea of job stress is often confused with challenge, but these concepts are not the same. Challenge energizes us psychologically and physically, and motivates us to learn new skills and master our jobs. Challenge is an important ingredient for healthy and productive work but job stress occurs when the requirements of the job do not match the capabilities, resources, or needs of the worker.

Workplace conditions that lead to stress include:

France is not the only country facing an increase in employee suicides. According to The New York Times, workplace suicides rose significantly from 2007 to 2008, to a series high of 251 nationwide. These numbers don't include suicides that were committed outside the workplace.‍

It's been a rough couple of years for many American between home values plummeting, loss of savings and a general implosion of the economy. Add work related stress and it is a perfect storm for many. Consider the following "25% of employees view their jobs as the number one stressor in their lives."--Northwestern National Life"75% of employees believe the worker has more on-the-job stress than a generation ago."--Princeton Survey Research Associates" Problems at work are more strongly associated with health complaints than are any other life stressor--more so than even financial problems or family problems."--St. Paul Fire and Marine Insurance Co. France Telecom is a wake-up call to all companies worldwide.

The lesson learned from their tragedy is to reduce and manage workplace stress in order to avoid ever getting to a place of rampant workplace suicide. Now more than ever is the time to institute a workplace wellness program with a focus on stress reduction. There are many resources, programs and services that can fit any budget, time constraint and location.

Camille Hoheb has performed strategic planning and directed both operations and marketing to the health and wellness industries for nearly two decades. Her experience has spanned-and-linked physicians, hospitals, spas, wellness destinations and executive and group health business.

Ms. Hoheb earned her Master's degree in Health Care Administration and has been widely published. Ms. Hoheb is an Advisory Board member to both Corporate Wellness Magazine and Health Tourism Magazine and she sits on the Executive Committee of the Corporate Health and Wellness Association.

by
Neca C. Smith
at

Boost Your Employees' Energy and Focus in 2011

by
Tom Jordan and Courtney Day
at

by
Michael Shaw
at