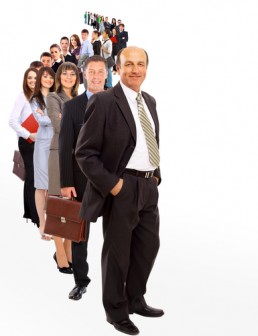 Executive health and wellness programs are becoming increasingly popular throughout corporate America.  The executive lifestyle is filled with pitfalls that can lead to chronic health conditions such as heart disease, diabetes, and hormone imbalances.  Often, the brain power behind a corporation are the ones absorbing the largest amount of stress, while traveling extensively, sleeping less, and consuming a high fat diet.

Perhaps this is why many corporate boards of directors are seeking health clearance of their top executives. C-level executive health issues can be devastating to a corporation. Many well known companies have had to deal with unexpected executive illnesses, including McDonald's, Clorox, Pilgrim's Pride, EarthLink, Sara Lee, and Apple, just to name a few. In the case of Apple Inc, Steve Jobs' health was not forthcoming and stirred up consumer confidence. In today's volatile market, consumer confidence is critical to business growth, not to mention maintaining status quo.
‍

The Rippe Health Assessment Study of Senior Executives, which was revealed at a past Corporate America Health Summit, found that senior executives have a higher risk of heart disease. Dr. James Rippe, associate professor of cardiology at Tufts University, studied 200 patients, three fourths of which were Fortune 500 executives. The study revealed that 73 percent of the participants were living a sedentary lifestyle, which can lead to diabetes, heart disease, and many other conditions.

To make matters worse, 80 of the 200 patients studied were obese. The study also revealed that a high number also had elevated cholesterol, high blood pressure, and a large waist circumference, thus making their risk for a coronary event even greater. Not mentioned in the study, but relevant to executives, is the overall risk the patient has for metabolic syndrome, or pre-diabetes.

These findings are very similar to what we see within our practice. The executive leads a very different lifestyle than most other employees, which often ends up taking a toll on their health. You can only go so long at full speed before you run out of gas or burn up the engine. Much like a high performance car, executives need to take special care of themselves to maintain high productivity.

A company is a living breathing being, with the executives acting as the vital organs that keep it going. Historical data tells us that the bottom line is driven by those at the top. When a company changes C-level executives there can be a ripple effect to the company's stock, but when investors learn of an unexpected illness of an executive, the effects can be more like a 7.0 on the Richter scale.

Investors understand that human capital is not so easy to replace. Often a company's image or vision is closely linked to that of the senior leadership team. Of course, an increase in investor confidence is evident when a struggling company engages a superhero CFO. Just as important, investor confidence can be shaken when a long time leader of a successful company is no longer able to work.

The SEC has come under fire in recent years due to their lack of clear disclosure laws, but a ruling in TSC Industries v Northway may spell change. The court ruled that "an omitted fact is material if there is substantial likelihood that a reasonable shareholder would consider it important in deciding to vote." While each board of directors is currently left to decide what is relevant to disclose, I would not be surprised if executive health does not take center stage in the future and the SEC adopt stricter and more defined rules.
‍

Executive health should be one of the top priorities of any company. Each day the senior leadership is making decisions that will affect the employees, the company's reputation, and their own personal future. Yet, often these executives have health problems, many of which are easily correctable, that prohibit them from performing at the top levels they were hired for. In much rarer cases, executives may have life threatening conditions of which they are completely oblivious.

A company may spend anywhere from hundreds of thousands to millions of dollars on their top leadership. They should be investing a minimum of five thousand dollars in the health and welfare each of them, above and beyond their standard health insurance. This is a small price to pay for a secure and prosperous future. Executive physicals, corporate wellness initiatives, and measurable health goals should all be part of the overall executive health benefits.

Jane T. is an executive at a large publically traded company. She arrived in my office with complaints of fatigue and weight gain. Her marital relationship was declining and she was unable to concentrate at work. Her big worry was heart disease and each day she stressed over her health. Previously she put off going to the doctor, but a colleague of hers convinced her to take part in their company sponsored executive wellness program.

During her exam, I found that she had a thyroid disorder and a very low vitamin D level. She was given medication for her thyroid and vitamin D supplements to take. Any concern of heart disease was ruled out and she was asked to return to the office in three months.

At the follow-up visit she reported a large increase in energy levels, she had lost ten pounds, and her work and home life seemed normal again. Her outlook on life and work was much improved and she agreed to return each year. Her only regret was that she ignored the symptoms for so long and let them control her life.
‍

Patrick A., a well respected executive that lived an extremely healthy lifestyle, presented for his executive physical. At the time of exam he appeared completely normal and had no complaints. During his thallium stress test he developed some abnormalities on his heart tracings. When the radiologist's report came back, it showed that he had a 90% blockage in one of his main coronary arteries.

He also had a very high cardio CRP level indicating that he had inflammation in the arteries. He cancelled his upcoming trip to go mountain climbing with his friends, and was referred to a cardiologist for immediate treatment. He returned to the office for a quarterly follow-up and we were both happy to see that a disaster had been avoided. His experience was a wake-up call for many of his fellow executives who promptly scheduled their exams.
‍

Allen S., CEO of a growing company, decided on his own dime to seek out a comprehensive health assessment. He had no complaints outside of arthritic knees from years of sports. During his exam he had a CT Reconstructive Colonoscopy (often called a virtual colonoscopy). All of his lab work, cardiac workup, and other assessments were normal, but the CAT Scan images obtained during his colonoscopy revealed a mass on his tailbone.

He was immediately referred to a surgeon for a consultation and by the next day was scheduled for surgery. A cancerous tumor was discovered and removed before it spread. The type of cancer he had is symptomless. The decision to make his health a priority drastically changed the course of his life and the health of his company. He was back to work and cancer free in eight weeks.
‍

Being a physician who understands the pressures that executives face makes me even more concerned about their health. The levels of stress alone can increase their chances for fatal diseases. Yet, a preventative exam, health action plan, and follow-up care can make all the difference in their life and the life of the companies they represent. I am seeing a growing trend in the interest of my patient's health by their company's corporate board of directors.

I do not advocate disclosing protected health information, but our practice is very familiar with certifying the health of the executives. Large companies are becoming increasingly interested in our findings. They want to be sure the executives are taking care of themselves, and they want to reassure the board of directors that things are moving along smoothly with the leadership.

Mike Mills, CFP agrees, "There is no doubt that certifying executive health is a great way to increase investor confidence. In today's volatile market and aging executive population, investors want assurances." As a practice that treats executives from all over the globe, we have a duty to keep them alive and well. We also have a duty to the many companies who trust our practice to protect their greatest investment their human capital.
‍

Dr. Walter Gaman is Board Certified in Family Practice in both Canada and the United States. He has been named one of the "Best Doctors in Texas" by Newsweek Magazine. He is the author of many publications, including his latest book Stay Young: 10 Proven Steps to Ultimate Health and he is a co-host of The Staying Young Show on KSKY. Dr. Gaman is a partner of Executive Medicine of Texas. You can learn more about him and Executive Medicine of Texas at www.emtexas.com.

How Leveraging Data Can Improve Well-being

by
Pam Mortenson
at

High Tech or High Touch ... Why not Both?

by
Chris Ciatto
at

by
Lesley Crawford Costner
at