Everything I Know About Cancer I Learned From My Best Friend

By
Laurie Jones
,
at 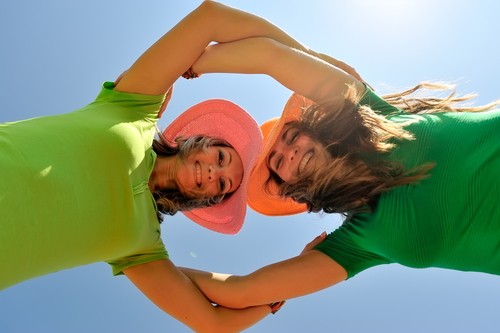 By
Laurie Jones
,
at

Everything I know about cancer I learned from my best friend

Six years ago, my friend, whom I shall call Susan, sat before her home computer, poised to send one of her elegant emails, unaware that the next few minutes would tip her life over and break it. Her husband, Steve, was in the basement working on a project when he heard a loud and uncharacteristic, meaty crash.

It sent him up the stairs two at a time to find Susan in full seizure on her office floor. At the hospital, they took countless x-rays and scans. Those pictures were not worth a thousand words, they were worth one word: Cancer. A glioma was drifting like smoke through the right front quadrant of Susan's brain. Cancer is a strange word. It sounds like none of its off-spring, yet they all sound like each other.

Glioma, sarcoma, lymphoma, blastoma, and melanoma are just some of their names. The list goes on into the night.First, Susan had surgery. She hid the halo of shorn scalp from the incision under silk headbands until her hair grew in to cover the evidence. Only we who knew her had any idea she was in the fight of her life. She was not alone.

Her sister-in-law knew many of the best oncologists and radiologists and neurologists in the region, and nearly sat on their doorsteps until Susan became their patient. Steve decided to learn everything he could about her condition. Susan joined Gilda's Club, a cancer support group. What she heard there and said there was sometimes uplifting, even hilarious, and sometimes very difficult to hear and say, but it was truth by the spoonful, and strong medicine in itself.

Susan went on her annual trip with some of her girlfriends exactly as planned, if moved back a bit. I couldn't join them as I live 1,700 miles away, but she and I talked nearly every day, about cancer, about her husband and her cat and about nothing, which in a lifetime is the real something. It is a luxury to take the time to talk about nothing.

Susan's musings were always elegant, like her silk headbands, slipped on at the last moment.Next, Susan had radiation therapy. Susan's MRI's were very clean, but with cancer, you keep polishing even when the spot looks immaculate. She was praised constantly by the staff for her utter stillness during the sessions. Hair loss was expected, but Susan's hair had grown back completely, and it decided to stay. As before, Susan's body conspired with her to hide her secret.

She began to collect jokes and funny thoughts to share at Gilda's Club. I decided there had to be good words that ended in "-oma." You could see a rodeo in Oklahoma. Near San Diego, you could drive out to see the lighthouse on Point Loma. How about some jewelry from Picasso's daughter, Paloma? The more ridiculous, the better. Susan must have been a highlight at Gilda's, because, simply by being there, she banished some of the fear that walked into the room with all of the attendees.

The assortment of people, young and old, well and less-well, changed at each meeting, but the support never changed. Most recently, Susan had chemotherapy. It is the treatment most cancer patients dread because of the side-effects. Again, Susan dodged the overt signs of her condition. She did have spells of mild distress, but none of the usual grim hours when the world sells out of peace and comfort. The trips to the hospital became a time to write and chat.

Other patients near her during the IV drip procedures took strength from her absolute calm. Only once did I feel the full impact of my friend's struggle, because she kept it from all of us so carefully. We had the great luck to work together as exhibitors at a major conference in Las Vegas. It was just a few months after her surgery, and she still wore the headbands that had become her fashion trademark.

We shared a hotel room, had dinners together, and generally became seventeen again, the year in our lives when we met, and when anything is possible. One evening, we had just come back from seeing the fountains dance in front of the Bellaggio. Susan sat on her bed and removed the headband. The motion seemed to take all of her strength, as if she were shedding heavy armor after battle.

She wilted against the pillows. For that minute, the cancer won. But it was the next minute that touched me. She sat up and started to talk about the lions we saw in their glass enclosure at the MGM Grand Casino, and how they could come near you in all their power but couldn't reach you. You were free to admire and respect each other at close range without danger. So there was Susan's magic:  she and her cancer were respecting each other at close range.Six years on, Susan is still with us.

Susan has changed, not in her serenity but in her condition. The lions approach the glass more often now. Everything I know about cancer I learned from my best friend. You are not a victim of cancer. You are on the opposing team. Serenity does not mean surrender.

You are important, you have friends who have important friends, or your friends are important, and they can help you get the expert advice which you alone might miss. Keep those appointments, and take those vacations, and do nothing once in a while. Humor is the best prescription never written. Look for the surprise; look for the strange and ridiculous.

Healing is hidden in the funniest places. So is love.Susan's life did tip over and break, but the glue of family and friends, expert care, medical miracles, and humor can forge a stronger life out of the pieces. A winery tour in Sonoma, anyone?
‍

Laurie Jones is a Wellness Consultant and Regional Vice President with The American Institute for Preventive Medicine, a leading provider of wellness and health promotion products and services. Visit our website at www.Healthylife.com, or you may contact the author at ljones@healthylife.com

The State of Workplace Wellness Around the Globe

by
Liz Lund
at