Employee Engagement: A Fresh Approach To A Critical Problem 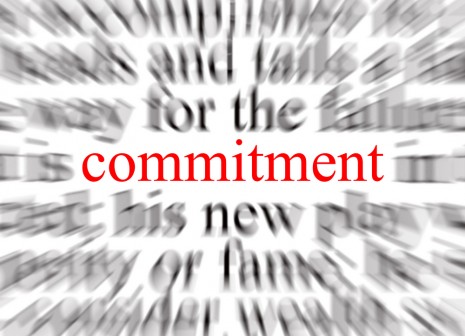 Does your company have a culture of engagement? Most do not. In fact, according to the Towers Perrin Global Workforce Study, 71 percent of American employees were only partially engaged or fully disengaged from their workplace in 2007, the most recent year for which data is available. The figure is 77 percent for Canada. Global polling firm Gallup Inc. came up with similar results with 74 percent and 79 percent, respectively.‍

What Is Employee Engagement?

According to Gallup, engaged employees are those that "work with passion and feel a profound connection to their company. They drive innovation and move the organization forward."On the other hand, employees classified as "not engaged" are essentially checked out. They're sleepwalking through their workday, putting time, but not energy or passion into their work. Fully disengaged employees are not only unhappy at work; they also act out their misery. In turn, these unhappy employees undermine the accomplishments of their active and engaged co-workers.‍

Why Should We Care About Employee Engagement?

It's tempting, when we start talking about how people feel at work, to think employee engagement is a soft issue - in that it has little to do with the bottom-line. According to the Global Workforce Study, however, the degree of employee engagement directly impacts corporate performance. The study found that companies with low employee engagement saw operating income fall by 32.7 percent over a year period and earnings per share decline by 11 percent.

Compare this with highly engaged companies that saw operating income grow by 19 percent and earnings per share rise by 27.8 percent. Another study by Watson Wyatt Worldwide found that companies with high employee engagement enjoyed 200 percent greater profits during the economic downturn in 2001-2002. What about employee retention? This time Gallup provides the answer.

How Is An Employee's Wellbeing Affected?

Stress is a very real problem for disengaged employees and the companies they work for. According to a study, employees that were very engaged in their work and their company were satisfied and less likely to consider leaving within one year. They also reported less stress as compared to those that were less engaged in their work. To some degree, everyone experiences stress at work, so it's important to distinguish here what we're talking about.

The stress that causes disengagement, for example, poor relationships with managers and co-workers, lack of feedback, not being able to trust the people around you, all of these are unpleasant and damaging. This stress is compounded by the stress of disengagement itself. Wishing you were somewhere other than at work, constantly replaying your mental list of all the perceived faults of your co-workers, your manager(s) and your company, feeling bored, frustrated, trapped and even angry are all results of disengagement.

This downward spiral of stress contributes to a litany of ills ranging from heart disease to depression to marital strife and divorce. In the same way that negative stress causes disengagement, feeling purposeful, driven and motivated contributes to full engagement and maximum productivity. As gender-experts, we know this is especially true for men. The positive work experiences that are part of being fully engaged contribute to both physical and emotional wellbeing.

It's common knowledge in the field of psychoneural immunology that participating in enjoyable activities and thinking enjoyable thoughts stimulates the release of endorphins - the body's natural opiates. The sense of pleasure and happiness reduces an individual's experience of stress, which adds to overall wellbeing. The presence of endorphins also strengthens the immune system by activating natural killer (NK) cells. NK cells kill defective cells, thereby protecting the body from disease.‍

What Does It Take To Create A Culture Of Engagement?

First, it starts at the top. According to research published in 2008 in Industrial and Organizational Psychology (IOP), "Management is responsible for creating the conditions at work that will facilitate employee engagement." Second, although there are several factors that contribute to creating a culture of engagement in the office, our expertise is in the area of relationship so this is where we will focus.

Relationships between managers, supervisors and staff are critical. One summary of the IOP research puts it this way, "The key condition for feeling engaged is fair treatment, which creates a feeling of trust and, in turn, feeling safe to be engaged." Researchers at the Richard Ivey School of Business in London, Ontario agree. They found that, "If employees' relationship with their manager is fractured, then no amount of perks will persuade employees to perform at top levels."

Gallup research confirms the correlation between relationship and engagement. Of the 24 percent of employees who would fire their boss if given the chance, 53 percent said they didn't believe their manager or supervisor cared about them as people. Compare this with the 49 percent of happy and active workers who said that their positive relationship with their manager was critical to their success. Third, generating these positive relationships, and connecting with staff as people, requires that managers understand the people they lead. In a gender diverse workplace this means:

Few managers, male or female, understand these nuances. Interacting with men and women as if they are the same, however, only guarantees that a larger than necessary proportion of your staff will feel misunderstood and alienated at any given time. Building good relationships with staff doesn't have to be hard. Here are just a few of the many tips from our workshops that managers need to keep in mind about the men and women they lead:

Employee Engagement Creates Wins All Around

Across North America, and indeed around the world, employee disengagement is a drag on both corporate performance and quality of life for workers. Checked out employees cost business money and are more likely to experience stress-related physical and emotional challenges. On the other hand, excited, motivated and engaged staff makes companies money. Their energy and enthusiasm is contagious and contributes to their own wellbeing and that of the people around them.

Creating a workplace culture that is conducive to employee engagement is critical, and it doesn't have to be hard. It does, however, require focused and committed leadership. In a gender diverse workplace, managers must be both experts in their field and relationship experts as well. Understanding the differences between men and women allows managers to create the positive connections with people that generate engaged communities of employees. This environment is conducive to employee wellness and corporate success. Everyone wins.

Jason Krausert, CEO, Inner Sync Systems Inc.Jason Krausert is CEO of Inner Sync Systems Inc., a leading Canadian personal and professional development company whose innovative programs emphasize gender awareness as the key to happiness, satisfaction and success at home and in the workplace. Jason understands that an individual's well-being is intimately tied to the quality of his or her personal and professional relationships.

Since each of us are either a man or a woman using basic gender principles effectively are at the source of what makes relationships work in every area of life. Inner Sync Systems' leading-edge wellness retreat for business, called "Between Men and Women", is re-writing the rule book for how human resources are managed in the 21st century. Political correctness is set aside in favor of what works between men and women as Krausert and his partner, Donna Tosky, transform lives using their "straight-shooters with heart" approach.

Jason has been active in the human potential movement since the late 1980's. First as a student researcher in the area of third world development and later as a photojournalist, he sought to support people striving to fulfill their dreams in both far-off countries and in his own Canadian backyard. Inner Sync Systems is the vehicle Jason has chosen to realize his belief that happiness, vitality and well-being are available to men and women through the relationships they nurture at home and on the job.‍

Donna Tosky Lead Program Developer and Facilitator, Inner Sync Systems Inc. Donna Tosky has worked in the wellness industry as an employee, business owner and consultant for over fifteen years. From listening to patients while in pharmacy at the community level to working closely with people in her own private practice as a certified natural health practitioner to staffing her own home care business, it became glaringly obvious to Donna that an important correlation exists between the quality of an individual's relationships and their health both physical and mental.

Addressing the Health Crisis by Implementing a Workplace Wellness Program

Effectively Fighting Back Against Cancer