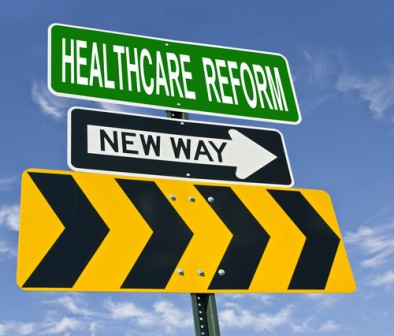 I am very excited at this year's upcoming Employer Healthcare Congress, October 26-28th, 2011 in Chicago. This will be our 3rd year, and each year we have focused on making improvements. Last year, only in our second year, we became one of the largest employee benefits conferences in the country beating out almost all other benefits conferences, some of which have been around for over 23 years.

We have moved to Chicago this year because of its central location which will draw a much larger audience. Our attendance this year is already almost at 200% higher than at this same time last year, and I believe this is because of our location and that Chicago is home to a high concentration of mid-size and large employers.

This year we have reinvested in the congress significantly to make this the biggest and best year yet. We have two great keynote speakers, Bill Rancic, the winner of Donald Trump's 1st "Apprentice" TV Show, and Cecil Wilson, the President of the American Medical Association.

We have changed the format of the congress to have more cross-overs as to bring our symbiotic conferences closer together, and we will have more advanced educational sessions and workshops. We have also expanded our VIP program and will be including not just employers but agents and consultants also this year.

What I am most excited about is our new networking software which has been newly built and is more of a social networking tool on top of meeting scheduler. It will make it easier for attendees to view who is coming to the conference, through photos, bios and allow for attendees to synch to twitter, LinkedIn and Facebook to see who in their network is attending the conference. Tomorrow I am headed to New York City for an interview with FoxNews. See you soon.

Getting to the Heart of Employee Wellness and Health

by
Dr. Nancy Gahles
at