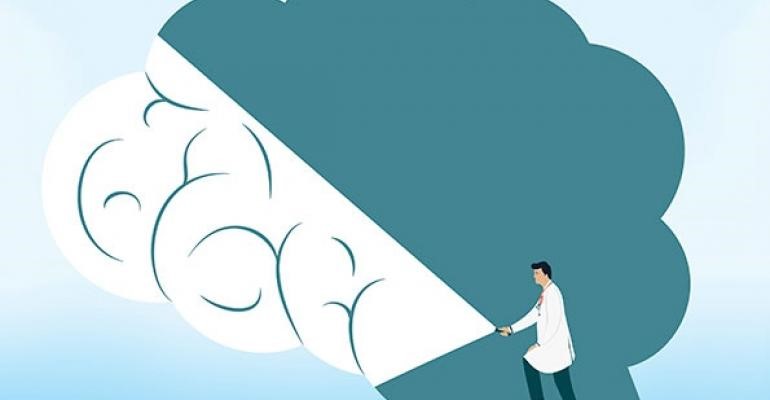 As a public health concern projected to gain momentum in the coming decades, Alzheimer's disease presents substantial consequences not only for individuals and families but also within the larger American workforce. Alzheimer's-along with other forms of dementia-therefore demands attention today and into the future. Statistics indicate that dementia is on track to present a host of complications for the U.S. healthcare landscape.

The Centers for Disease Control and Prevention (CDC) estimates that 5 million Americans were living with Alzheimer's in 2013, and as many as 14 million are projected to suffer from the disease in 2050. Alzheimer's is among the top ten leading causes of death in the United States and the fifth leading cause of death for those aged 65-85.

Finally, Alzheimer's is costly: the disease incurred estimated costs between $159 and $215 billion nationwide in 2010, an amount that could rise to as much as $500 billion annually by 2040. [i]With dementia expected to strike millions of additional people in the coming years, experts anticipate wide-ranging effects not only on the individual level but also in the workplace.
‍

Alzheimer's disease is a form of dementia, a degenerative neurological disorder that affects memory and cognitive function. The anatomic hallmark of Alzheimer's can be found in the plaques and tangles that form in the brain, particularly in areas associated with memory. According to CDC, initial symptoms may include memory loss, getting lost, repeating questions, taking longer to complete daily tasks, displaying poor judgment, losing or misplacing things and mood or personality changes.

While Alzheimer's is not the only form of dementia, it is the most common type, representing up to 80 percent of all cases. As researchers continue to learn about Alzheimer's, many questions surrounding the disease's causes, risk factors and treatments persist. Lawrence Raymond, MD, Medical Director, HEALTHWORKS Division, Carolinas HealthCare System, cites a host of potential risk factors, some of which are still in the early stages of research.

Risk factors might include obesity, diabetes, high blood pressure, smoking, a sedentary lifestyle, lack of education, alcohol consumption or traumatic brain injury. Some studies suggest that hearing loss, proton pump inhibitors (heartburn medication) or exposure to air pollution might be connected to an increased risk of developing Alzheimer's, as well.

But by far, the most significant risk factor is age."If you're over 65, you're at risk," Dr. Raymond says. "And if you have a family history of someone who developed dementia younger, say in their fifties, then it's all the more important to get on the preventive bandwagon as soon as possible."
‍

The stark reality is that doctors are unable to prevent, cure or halt the progression of Alzheimer's. As Dr. Raymond points out, it may be more realistic to focus on postponing the disease's development. "There is no drug on the market that prevents Alzheimer's," he says. "Currently, medications are being prescribed with the hope of postponing development of more severe dementia over the course of the next five years [in a patient's life]. We're not likely to come up with a medication to prevent Alzheimer's entirely anytime soon, so the goal is to delay the manifestations of severe dementia."

Preventive methods include maintaining a healthy weight, staying physically active, avoiding tobacco and alcohol, and remaining mentally engaged. The possible link between hearing loss and increased dementia risk suggests that in the workplace, employers must ensure employees wear hearing protection in noisy environments. While there's no question that Alzheimer's disease is devastating on the personal level, it also has the potential to make a big impact on the U.S. workforce.
‍

Longer life expectancies, combined with a projected rise of Alzheimer's diagnosis, and the fact that many workers are either retiring later or not at all, suggest that the future occupational landscape may be altered by this public health issue. "Workers are increasingly staying on the job after age 65, and that's when dementia tends to rear its head," Dr. Raymond explains.

"Perhaps they transition to a new career later in life, or maybe they simply stay in their current job. Either way, to be an employer of choice, you need to make this issue your concern." That doesn't mean employers have free rein to pry into their workers' personal health. If employers issue cognitive screenings or medical exams, for example, they must apply them consistently to all employees, not just those above a certain age.

And as with any potential health problem, Dr. Raymond stresses the concern should always be the worker's performance, not the specifics surrounding a possible illness."If it's a performance issue-if the worker's language fluency or memory seems affected-take action on the performance," he explains.

"It's not your right to know their diagnosis." If a worker begins to exhibit cognitive impairment consistent with dementia symptoms, employers may refer workers to the employee assistance program (EAP) or a physician. Employers should also make reasonable accommodations, such as narrowing the scope of responsibility, in an effort to keep the worker on the job and professionally engaged.

And because those suffering from the early stages of dementia may be more likely to get injured on the job, it's vital that employers pay attention and make appropriate accommodations. Dementia also impacts the workplace indirectly. While an employee might not suffer from Alzheimer's herself, she may be a caretaker to a parent, spouse or other loved one suffering from the disease.

Caring for Alzheimer's patients is physically and emotionally taxing, and proactive employers will recognize that these workers may require support. The Family and Medical Leave Act (FMLA) is one option, but employers can go beyond that by creating a support group for these employees or otherwise recognizing the demands of caretaking.The implications of Alzheimer's disease are complex and far-reaching.

While individuals can take preventive steps to safeguard their own health, employers should pledge to remain aware and prepared to handle the issue."A good employer should have a vested interest in a workforce's brain health," Dr. Raymond says. "Anything you do to make these workers feel supported can help."To learn more about workplace health, visit CarolinasHealthCare.org/EmployerSolutions[i]"RAND Corp. study by Hurd MD et al. in New Engl J Med 2013;368:1326

by
Anna Konger
at

by
Tanja Madsen
at

by
Peter Schenk
at