Establishing a Culture of Incidental Physical Activity in the Office Environment

By
Scott Pedersen & Dean Cooley
,
at 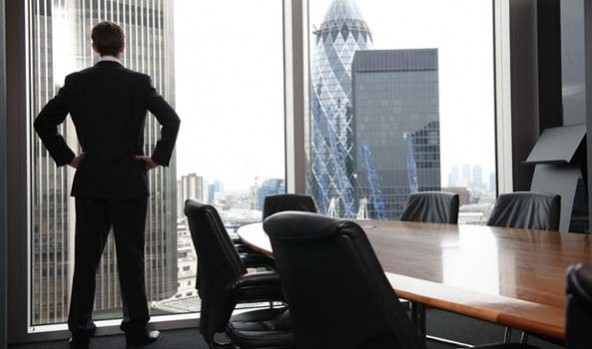 By
Scott Pedersen & Dean Cooley
,
at

Establishing a Culture of Incidental Physical Activity in the Office Environment

The typical full-time desk based employee will be required to sit at a desk for approximately 80,000 hours during their working life. Yet for nearly all, the decision to sit during working hours is not a voluntary one, but one that is enforced by the built environment and reinforced by workplace culture. Moreover with the advent of technology, the physicality of office work is now highly sedentary.

Current research suggests that the confluence of these two variables increases the risk for desk-based employees who sit for longer than four hours potentially experiencing a range of adverse health conditions (i.e., weight gain, musculoskeletal problems, heart disease, and type 2 diabetes). This increased risk has lead to calls by researchers for a reduction in occupational sitting time and for the reintroduction of incidental activity back into desk-based work.

Despite some changes to the built environment being available (i.e., standing desks), there has been no workplace health interventions designed specifically to reduce occupational sitting time. We advocate using a socio-ecology perspective to inform the understanding of why desk-based employees develop the behaviour of prolonged occupational sitting and the subsequent development of an intervention to change the behaviour.

The individual decision to sit at work is largely determined by the workplace environment, both built and socio-cultural. Employees in desk-based work are faced with a built environment that affords sitting (i.e. chairs, one-height desks). Moreover, the socio-cultural environment also reinforces prolonged sitting. For example, call-centre employees' attendance at their desk is monitored and reinforced through negative sanctions.

Additionally, everyone expects desk-based employees to be seated at their desks during work time. Thus, for the desk-based employee, the decision to sit while performing work is largely one that is enforced by the office environment. The consequence of this environment is that employees, everyday, engage in the behaviour of prolonged sitting.

Henceforth, when employees find themselves in the same office environment, they automatically sit down. For an intervention to be effective in changing the habit of prolonged occupational sitting we argue that it needs to address both the environment (built and socio-cultural) and individual decision to sit for long periods.

To address the individual decision making process, a two part process is needed. First, employees need to be informed of the risks of prolonged sitting through an educational program (i.e., during induction). Nonetheless, previous research has shown that education is not normally sufficient to change health habits (i.e., smoking, alcohol abuse).

Moreover, there needs to be some system that inhibits the advent of slippage, or where the employee regresses back into an old habit. Finally, the environment needs to be conducive to the new habit, both in terms of the built environment and the culture surrounding the new behaviour.

With the aforementioned in mind, the authors in a recent research study (Mainsbridge, Cooley, Pedersen, & Cosgrove, 2011, in press) implemented a workplace health and wellbeing initiative to accomplish a reduction in sitting time and an increase in incidental physical activity. The intervention used internet-based software (Exertime) to prompt employees to regularly stand and perform short bursts of physical activity through the working day.

There are several advantages to using computer technology to deliver a workplace health and wellbeing initiative. First, internet-driven interventions are cost effective since most, if not all, offices already have existing hardware and internet access. This creates for a mode of delivery that is already in place with no need for additional gym equipment or external memberships to fitness facilities.

Second, since the intervention is delivered through the internet, it can be tailored to suit an organization's needs, through a central deployment model. This model can promote cultural flexibility and real-time solutions through remote computer updates. Workplace health and wellbeing initiatives delivered through the internet allow for users to select their preferences and thus create an individualized program that suits their particular needs.

In the study mentioned above, Tasmania Police employees who for the most part did not engage in any physical activity, but indicated that they had thought about participating in some form of physical activity, had software installed on their computers that interrupted their working periods every 45 minutes throughout the day with a prompt indicating that it was time to break their sitting posture. Importantly, participants could not turn the prompting system off (i.e., once the application began their work screen disappeared).

Once this was completed and the data were logged the employee could then return to their work and recapture their work screen by pressing the spacebar. The activities on average took only one to two minutes to perform, and it was suggested that each employee perform any of the activities 10 to 12 times a day. These activity choices were not typical "huff and puff" exercises that normally deter individuals from engaging in physical activity.

Rather they were simple standing and movement based activities designed to get employees engaged in some form of physical activity several times during the workday. Example activities included standing to answer the phone, desk squats, and wall push ups. When the short activity was completed, employees were allowed to record their progress in terms of number of repetitions or the amount of time they were engaged with the activities.

This recording feature allowed the software to provide employees with personalized feedback including the amount calories expended, and the amount of non-sitting time the employee was engaged in during the workday over the course of the study. In terms of the success of the intervention in replacing a negative health behaviour (e.g., sitting) with a healthier alternative (e.g., standing), when employees were force prompted there was an increase in the odds of them fully adhering to the behaviour of standing (every 45 minutes) throughout their workday over the course of 13 weeks compared to their counterparts who received a passive prompt (i.e., individual had to initiate the software sequence) by more than 10 per cent.
‍

In self-reported data, pre-trial daily sitting time decreased from over 6 hours per day to below 5 hours per day after 13 weeks of receiving the intervention. Similarly, the intervention also increased employees' participation in incidental physical activity, with employees performing short bursts of physical activity 11.54 (+/- 3.45) times per workday.

Employees also reported an increase in productivity and a reduction in occupational stress. Interview data revealed that the intervention also had a positive effect on the workplace socio-cultural environment. More specifically, the employees who were not in the study often inquired about installing the software onto their computers, while many of them simply took part in the activities in tandem with the employees who were in the study.

Further, there was evidence that the adoption of the new behaviour of regularly standing had spilled-over into other spheres of employees' lives (i.e., individuals reported that they consciously stood up during commercial breaks while they were watching television at home in the evening). The Police study is still ongoing, as the researchers are interested in testing the longitudinal effects of this innovative intervention.

Whilst data collection is ongoing, preliminary results have been encouraging. Employees have maintained their adherence to the new behaviour for more than 36 weeks. The take home message thus far is that a simple technology-based health intervention can change the health habit of prolonged occupational sitting and increase the amount of energy expend during work hours.

Workplace occupation health and safety managers should consider addressing this inconspicuous risk factor to ensure that their health programs contain both preventative and rehabilitative spectrums.

Moreover, occupation health and safety managers should look further than the zeitgeist of huff and puff health interventions that only appeal to the already fit and incorporate activities that appeal to all. Sometimes the simplest solution is also the easiest solution.
‍

Drs. Scott Pedersen and Dean Cooley are early career researchers in the Faculty of Education at the University of Tasmania (AUS). Although this research area is in its infancy they are eager to talk to businesspersons interested in improving their health and wellbeing workplace culture.

What Did You do This Morning in the Shower?

How Your Messy Desk is Killing Your Productivity

Cancer Prevention - What you Can Do to Help Yourself

by
John W Buckley
at