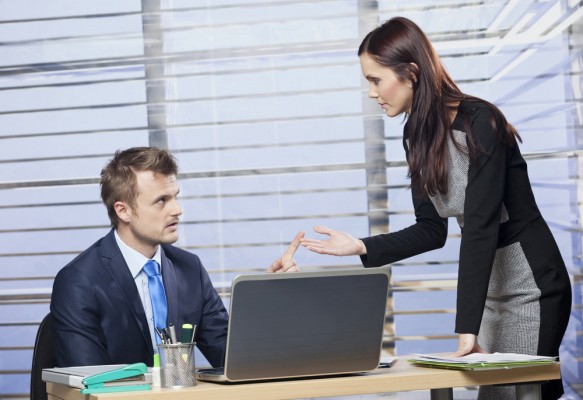 The theme of corporate wellness is both a practical necessity and a metaphor for executive leadership. This issue, which I addressed in a previous column concerning the key differences between permanently ending addiction versus the toxic techniques of conventional drug rehab centers, is also a symbol of a company's compassion and respect for its workers.

For, while my initial article is an overview of how to heal the brain (from which addiction originates) and avoid outdated and potentially lethal forms of treatment, we also need to acknowledge a far greater problem: The existence of on-the-job substance abuse and chemical dependency, in which so-called "functional alcoholics" and drug-addicted workers perform their assignments without regard to their own health or the collective safety of their fellow employees.

I know this chaos demands a cure, which is why I am upfront and clear about informing people about what I believe and who I am. This challenge goes far beyond a simple matter of choice, which is the basis of my previous commentary, because the topic here is not about selecting one treatment over another; it is, instead, a grave matter requiring acknowledgement (from executives) and acceptance (from employers and employees alike), where addiction in the workplace is no longer a taboo subject or a problem companies decide to ignore.

Indeed, it is impossible to ignore or deny this threat - the statistics about this phenomenon are staggering - so we are well beyond the luxury of debating whether a company should act. We now face the far more urgent situation of when and how to respond to this danger from within.

The convenience of choices, plural and the self-indulgent opportunity to remain passive amidst this growing menace - is now a matter of a single choice: Act or die, period. If a company does not act on behalf of its workers, assuring these men and women that they no longer have to suffer the physical pain and emotional agony associated with addiction, then they will die (or come close to the precipice of death) in two ways: Addicted workers will compromise their health and possibly overdose from drugs or alcohol, while a business will die of its own silence, leaving all the desks, cubicles, cafeterias, conference rooms, offices and suites devoid of any human presence; the organization will cease to exist because its employees will be dead, in spirit or body.
‍

To make corporate wellness a reality, then, involves immediate acknowledgment of the severity of this condition. For example according to the National Institute on Drug Abuse (NIDA), half a million Americans use heroin, 13 million are alcoholics and nearly 1/2 of those entering the workforce have used an illegal drug at least once in the past year.

At the same time, there is a dramatic increase in on-the-job use of prescription opiates like Vicodin and Oxycontin, with at least a 40 percent jump (from more than 5.5 million tests) in employees screening positive for these drugs. The prevalence of these numbers, including the fact that 75 percent of all adults who use illicit drugs have full-time jobs, further exacts a massive financial toll.Based on reporting from the United Nations Office on Drugs and Crime (UNODC), substance abuse costs the American economy over $365 billion annually.

A large portion of this expense is due to lost productivity, which exceeds $260 billion per year, leaving no organization - whether it is a private corporation, a public company, a non-profit institution, a governmental department or an entrepreneurial enterprise - immune from this plague.

Indeed, plague is exactly the right word for this situation because workers cannot function and a company cannot survive in a state of perpetual crisis, where addiction (and dependency on opiates like Suboxone) destroys the spirit of an office and crushes the physical will of employees.

I cite this drug in particular because it is now the 26th most commonly prescribed drug in the United States, with over 9.3 million prescriptions in current circulation, with 5.3 million Americans - more than the entire population of Los Angeles (3.85 million) - suffering from abuse of this medication and other opiates, according to studies performed by McLean Hospital, a Harvard Medical School affiliate and the National Institute on Drug Abuse (NIDA).

By any definition, these numbers confirm two undeniable facts. One, opiate addiction is, as a general category, an epidemic or plague - either noun denotes catastrophe - which invades the workforce. That invasion then becomes pervasive: A company cedes its identity and sacrifices its morale, as addiction takes control -- office by office, building by building, until it overwhelms every business.

And secondly, for employees addicted to Suboxone curing this dependency - the majority of conventional drug rehab centers are unable to even mildly treat this problem - is far more challenging than ending an addiction to, say, heroin or methadone. The withdrawal is far more painful, the cravings exponentially more intense and the emotional wreckage - including depression and suicidal thoughts - more powerful than most people can imagine.

That plague does not discriminate between young and old, black and white, male and female; it is an equal opportunity thief, stealing your personality and robbing you of your life. Therefore, yes, corporate wellness is inseparable from - and impossible to achieve without the recognition of - executives, who want to foster an environment of healing, sympathy and long-term success. With concession comes a duty to educate workers and the public at large about this point, followed by a credible and defensible course of action.
‍

Educate to Activate: Using Information as a Catalyst for Lasting Change

A company's next responsibility is perhaps its most difficult assignment because, unlike acknowledging that addiction is a threat within the workplace, the action a company pursues - to embrace permanent healing or acquiesce before the current system of indoctrinate-and-medicate - will determine its very survival.

Let us first, therefore, define a company's role in educating employees about this issue. To wit, the question presents itself: How active should a company be in educating workers about the cause and the cure for this condition, which traditional rehab facilities assert is (at best) treatable and forever beyond our ability to eliminate?

The answer to that question has everything to do with both the ideal of corporate wellness and the courage of individual executives to seize the light of truth against the darkness of ideology. Bear in mind, too, that executives are not free from the political and social pressure governing this issue.

For many companies, the path of least resistance - regardless of the abysmal results and renewed weakening of employee morale - is easier than leadership itself. The latter demands clarity of conviction, the ability to withstand personal attacks, reject conventional wisdom - which is many things, except wise - and confront controversy as the cost of admission into the world of healing and total recovery.

The choice is, at bottom, as stark as possible: To stand in defense of scientific fact, or to surrender to ineffective tactics, disguised by the veneer of scientific language. One is verifiable and replicable; the other is nothing more than the politicization of yet another aspect of life. However, to lead is to choose. In addition, upon that choice, hinges a company's identity and values.
‍

Choosing Health and Healing Over Ideology and Outdated Ideas

By recognizing that science is no more insulated from politics than any other discipline, executives can act with greater confidence or awareness of the forces arrayed against them. Ideology pervades that world, where truth, critical thought and the scientific method itself yield to blanket assertions, arbitrary diagnoses and harmful forms of treatment.

In those circumstances, an executive's duty - to the principle of corporate wellness and fidelity to the facts - is to communicate, always, and educate, perpetually. In other words, an executive must assure his employees that help is available to cure an addiction to drugs, alcohol or illicit substances.

The trust factor must be a matter of official policy, enshrined in words and exemplified in deeds, so every worker knows that they have an ally - their company supports them - in the goal to eradicate addiction, and promote health and healing.Concerning the latter, which represents a clean break from the current system, a company must explain why the status quo is unacceptable, both as a matter of moral justice and economic reality.

In my role as Founder of The Holistic Sanctuary , I know of what I write and say about this discussion, because the stakes - the contrasts between recovery and relapse - are so high, and the difference in results is so vivid, it sometimes takes courage to reveal the glaringly obvious.
‍

Speaking Truth to Power: Achieving Wellness by Honoring the Facts

A company that acknowledges the severity of addiction in the workplace is halfway towards achieving the culture of wellness every employee deserves to receive. The remainder of this journey rests with belief in the scientific method, not antiquated ideas, generic forms of treatment or the consumption of multiple amounts of prescriptions drugs - a "chemical cocktail" - for which there is no testing (as a single, concentrated unit), but countless side effects and additional damage to the body.

The completion of this undertaking is, in the final analysis, a return to - not a discovery of - fundamental laws: That healing of the brain, the repair and rejuvenation of the neurotransmitters that act as pleasure points for cravings and addiction, is a real, visible (through brain scan images) and undeniable fact.

From there, we no longer deal with questions involving if; we may direct our attention to the category of how. As in, "How do we safely and effectively customize a healing protocol, which returns the brain to its pre-addictive state boosts the immune system and gives a person a second chance at life?"

That query asks and answers itself, in terms of what we know and what we should not do. We should not - and we must not - demean employees suffering from addiction, we must not confuse medication as a solution, and we must never accept dogma as gospel, as a replaceable brand of truth. For, there is only one truth, not a series of multiple choices in which everything is true.

Finally, it is not true that companies have to be bystanders or accomplices to an intellectually bankrupt system of "treatment." Upon acknowledging that addiction afflicts many otherwise talented and decent people, employers must make healing their mission. With leadership and resolution, every company can complete that calling.
‍

Johnny Tabaie is the Founder and Director of The Holistic Sanctuary, home of the exclusive, all-natural and proprietary Pouyan Method, which enables patients to permanently end a variety of addictions.

How to Assist a Generationally Diverse Workforce

by
Tina Craft
at

by
Rachelle Gershkovich
at